How to watch Empire season 6 online from anywhere

Did you know that you can watch the sixth and final season of Empire online? Find out how to live stream Empire season 6 from anywhere (even abroad) using a Virtual Private Network (VPN).
Mark Gill TECH JOURNALIST, VPN AND PRIVACY SPECIALIST 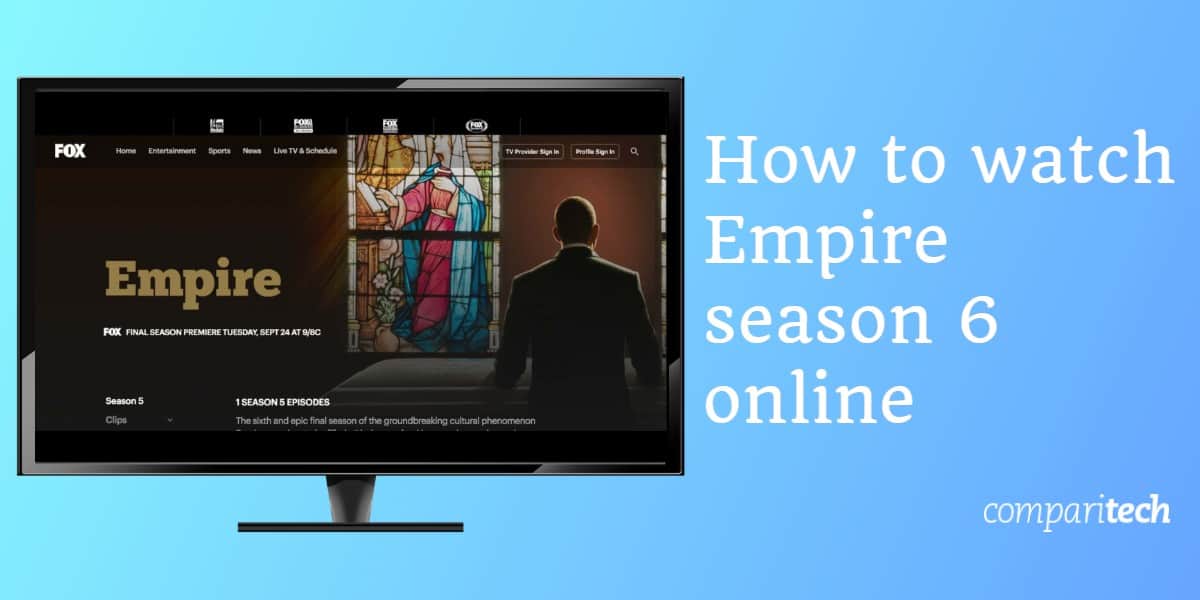 Empire season 6 will premiere on September 24 at 9 PM EST (6 PM PST) on Fox. In order to watch, you’ll need a cable TV subscription. What’s more, Fox content is region-locked and only available in the US. This means you’ll need a VPN in order to live stream Empire abroad. If you try to watch Empire without a US IP address, you’ll see the following error:

“Geographic Restriction. This content is not available in your location.” 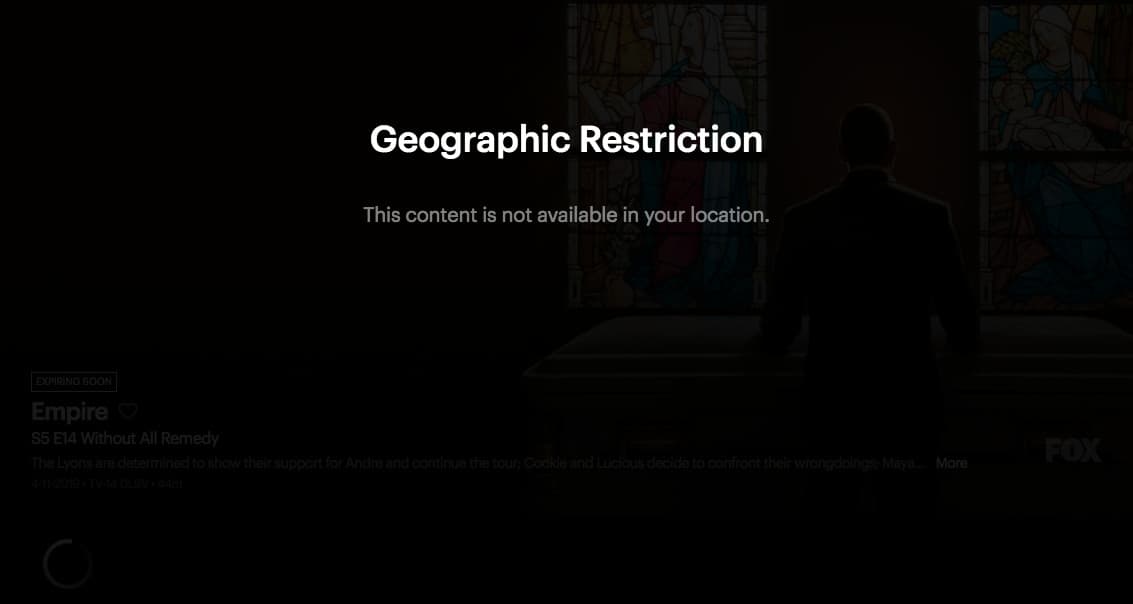 We’ll only be recommending official sources for watching Empire season 6 online. Although there’ll likely be plenty of unlicensed streams, they’re not worth your time. For starters, most are of poor quality with low resolution and frequent lag and buffering. You may even find that the unauthorized source is shut down while you’re live streaming, leaving you without a way to watch Empire season 6 online.

Empire season 6 is only available on geo-restricted platforms. For this reason, you’ll need a VPN if you’re planning on watching Empire abroad (outside the US).

How to watch Empire season 6 online

Now we’re going to take you through what you need to do to watch Empire season 6 online. Don’t worry, it’s quick and easy and should only take a few minutes.

Here’s how to watch Empire season 6 online from anywhere:

How to watch Empire season 6 on US TV

If you’re in the US and have a cable TV subscription, you can watch Empire season 6 on Fox via regular TV. You also have the option of live streaming Empire season 6 online using the Fox website or apps. Fox also offers a 1-hour Preview Pass which doesn’t require a cable provider sign-in but to watch the entire sixth season of Empire online, you’ll have to commit sooner or later.

All of the aforementioned services offer free trials but, like Fox, are geo-restricted. As such, you’ll need an American IP address in order to access them abroad. ExpressVPN offers a 30-day money-back guarantee which is perfect for testing with Fox as well as these various streaming services.

How to watch Empire season 6 on UK TV

Each season of Empire has been broadcast in the UK a month after its US release. The first three seasons of Empire aired on Channel 4’s E4. However, Empire seasons 4 and 5 were shown on Channel 5’s sister channel 5 Star. While there’s no official release date for the UK as yet, we can expect Empire season 6 to air on 5 Star sometime in October 2019.

Viewers in the UK will, therefore, be able to watch Empire season 6 on traditional TV on 5 Star. The channel is accessible via the likes of Freeview, Freesat, Sky, and Virgin Media. It’s also possible to watch online on My5 (Channel 5’s catch-up service). Note that this requires that you sign up for a free My5 account. You’ll need to provide an email address and secure password as well as your name and date of birth. However, you can also sign in via Facebook, Twitter, or Google.

Can I use a free VPN to watch Empire season 6?

Free VPNs have a limited number of IP addresses, many of which are blacklisted by websites and services that offer geo-blocked content. As such, many free VPNs fail to unblock the likes of Fox and My5. Indeed, their poor performance is enough to put many users off. Slow speeds make live streaming Empire season 6 a challenge. Indeed, it isn’t uncommon for free VPN services to engage in bandwidth throttling, resulting in lag and buffering.

When you choose a free VPN, you’re unlikely to have access to 24/7 live chat support or be allowed multiple simultaneous connections. You’ll also find the average free VPN to be light on security features like encryption, a kill switch, and a no-logs policy. This means that free VPNs aren’t keeping your data particularly secure or protecting your privacy online. One example of this is the fact that some free VPNs are known to track and sell the browsing data of users.

What can we expect from Empire season 6?

With the upcoming Empire season 6 to be the final season, we can expect our various questions to be answered. In particular, the season 5 finale saw Lucious and Cookie head their separate ways, leaving the Empire label fractured. In fact, Andre is likely to be in charge of the entertainment company following his successful heart transplant at the end of season 5. It remains to be seen whether Lucious and Cookie can resolve their differences and return Empire to its former glories.

Which cast members will be returning for Empire season 6?

One notable exception is Jussie Smollett (Jamal Lyon) who will not be returning following accusations of staging a racist and homophobic attack on himself in January 2019. However, Katlynn Simone (Treasure), Meta Golding (Teri), Mario (Devon), and Wood Harris (Damon Cross) are to become series regulars having had recurring roles in season 5.