How to watch Fresh Off The Boat (season 4) online 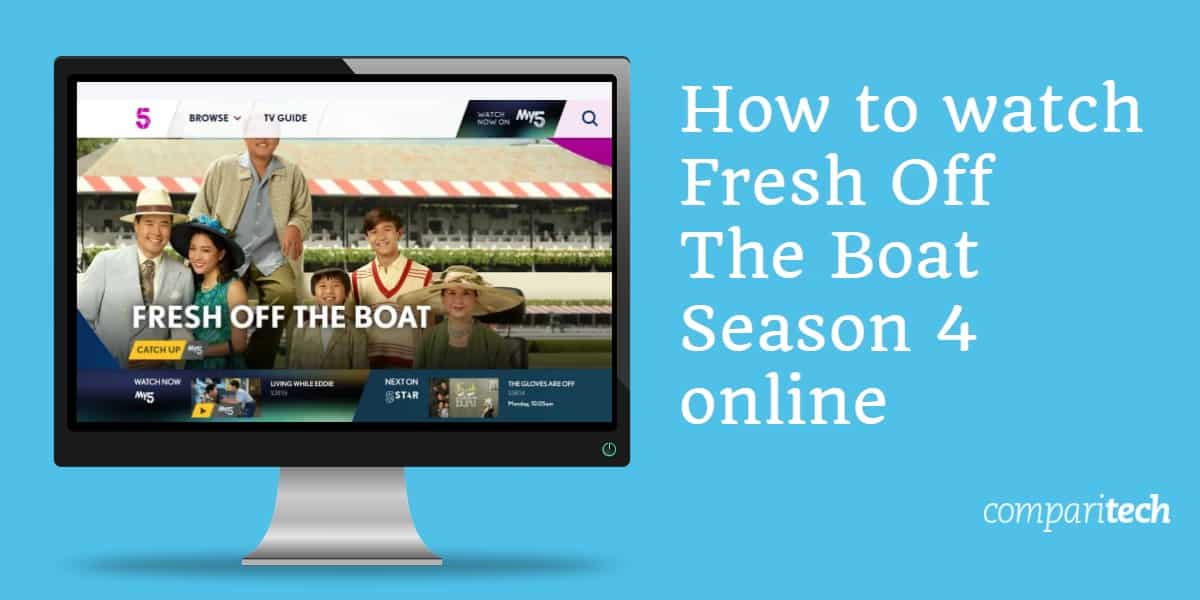 While Fresh Off The Boat is currently airing its fifth season in some countries, the show has yet to catch up elsewhere. For instance, in the UK, season four is due to premiere on TV sometime in April, with two episodes back-to-back every Monday at 10:05 PM BST (2PM PST / 5PM EST). Below, we’ll explain how you can stream every episode of the new series live and free of charge, wherever you are in the world.

This post will only recommend official sources. Popular shows like Fresh Off The Boat are often available on unscrupulous, unofficial streaming sites, but we strongly advise against using them. The video quality is often very poor, and if that isn’t bad enough, there’s always the risk that the stream you’re watching will be taken offline for copyright violation partway through an episode. You can watch season 4 for free anyway so there’s no reason to rely on shady streaming sites in the first place.

Many of the services showing Fresh Off The Boat for free are region-locked, meaning you’ll need a VPN to access them from other countries.

VPNs can seem intimidating if you’ve never used one before, but they actually make it quite simple to access region-locked platforms abroad; just follow the steps below:

If you’d like to watch Fresh Off The Boat live, we strongly recommend running through the steps above well in advance of the premiere date. This ensures that if anything goes wrong, you’ll still have time to contact your VPN’s customer support team and might not have to miss the start of an episode.

5Star originally planned to start showing season 4 of this show on April 5, but due to an scheduling change, the platform will continue broadcasting season 3 instead. There are no further details as to when we can expect to see the fourth season of Fresh Off The Boat as yet, but we’ll keep you updated as more information is made available.

There’s no need to worry, though. Amazon Prime Video’s UK library includes every episode from the first four seasons. This service offers a 30-day free trial, and with 101 episodes in total, it’s definitely possible (with a little dedication) to watch all of them before your trial period ends. Just remember to cancel when you’re done to avoid being charged.

If you’d prefer to wait and stream the show live, you should know that UK law requires you to have a TV license. However, My5 (the online platform where you can view 5star content) doesn’t actually check that you have a license, and relies on users to be honest.

Both Amazon Prime Video UK and 5Star are region-locked. As such, you’ll have to be in the UK or using a British VPN server to use them. If you don’t have a VPN yet, you can take advantage of ExpressVPN’s risk-free 30-day money-back guarantee. While you will have to pay upfront, you can cancel at any time (and for any reason) to claim a full refund.

Where else can I watch Fresh Off The Boat online?

Broadcasters in plenty of other countries are cashing in on this show’s success. Below, we’ll explain how to stream Fresh Off The Boat online in your country:

Fresh Off The Boat is airing its fifth season on ABC at the moment. If you already have a cable TV subscription, you’re free to log in and start watching immediately. New episodes air every Friday at 5PM PST (8PM EST), and are added to this platform’s on-demand library the following day. However, they’re only available for a month, so it pays to stay up-to-date if possible.

Don’t have cable? ABC allows you to sign in with your Hulu with Live TV, DirecTV Now, PlayStation Vue, or YouTube TV account. It’s worth noting that ABC has particularly strong geo-restriction measures, though, meaning many VPNs struggle to unblock it abroad. Luckily, there’s a much easier way to watch.

Hulu’s base subscription costs $5.99 USD per month, making it far less expensive than any of the other over-the-top packages above. Better yet, it comes with a 30-day free trial and accepts gift cards, so you can sign up from anywhere. Hulu offers every episode from all five seasons of Fresh Off The Boat. While you won’t be able to watch anything live, new episodes are generally made available a day or two after they’re shown on TV.

The services above are only available in the US. As such, you’ll need a VPN to use them abroad.

Things are a little more difficult for Australian fans. TenPlay is currently showing reruns from season two every Monday night at 9PM AEST, and Fox8 airs new episodes from season five on Saturdays at 7:30 PM. Both of these services make their content available on-demand for a short time after airing, so if you miss an episode, you’ll still have a chance to catch up.

While TenPlay requires you to sign up before you can watch anything, it’s free to do so. However, to watch Fox8 online, you’ll either need an existing Foxtel cable plan or a subscription to Foxtel Now. Foxtel Now costs $25 AUD per month and includes a 10-day free trial, which isn’t long enough to watch the remainder of the season, but at least the required channel pack is included in the base subscription.

Unfortunately, no major streaming service in Australia offers every prior series, meaning you’re effectively at the mercy of the TV networks. You can purchase seasons individually on iTunes (usually for around $27.99) but this obviously isn’t ideal. Remember: if you usually live elsewhere, you can access services from your home country with a VPN.

TenPlay and Foxtel Now are both geo-blocked. You can still access them from abroad by connecting to an Australian VPN server.

Canadian Fresh Off The Boat fans can watch season five on CHCH. No registration or payment is required but there is a catch. This service only allows you to stream TV live and doesn’t have any on-demand content. The show airs every Friday at 8PM EST, and unfortunately, if you miss an episode, there’s no way to watch it except to buy it individually or wait for a rerun.

While CHCH isn’t regionally restricted, we still recommend using a VPN when watching anything. In addition to keeping your activities hidden from prying eyes, VPNs lower the chance that your Internet Service Provider (ISP) will throttle your connection. 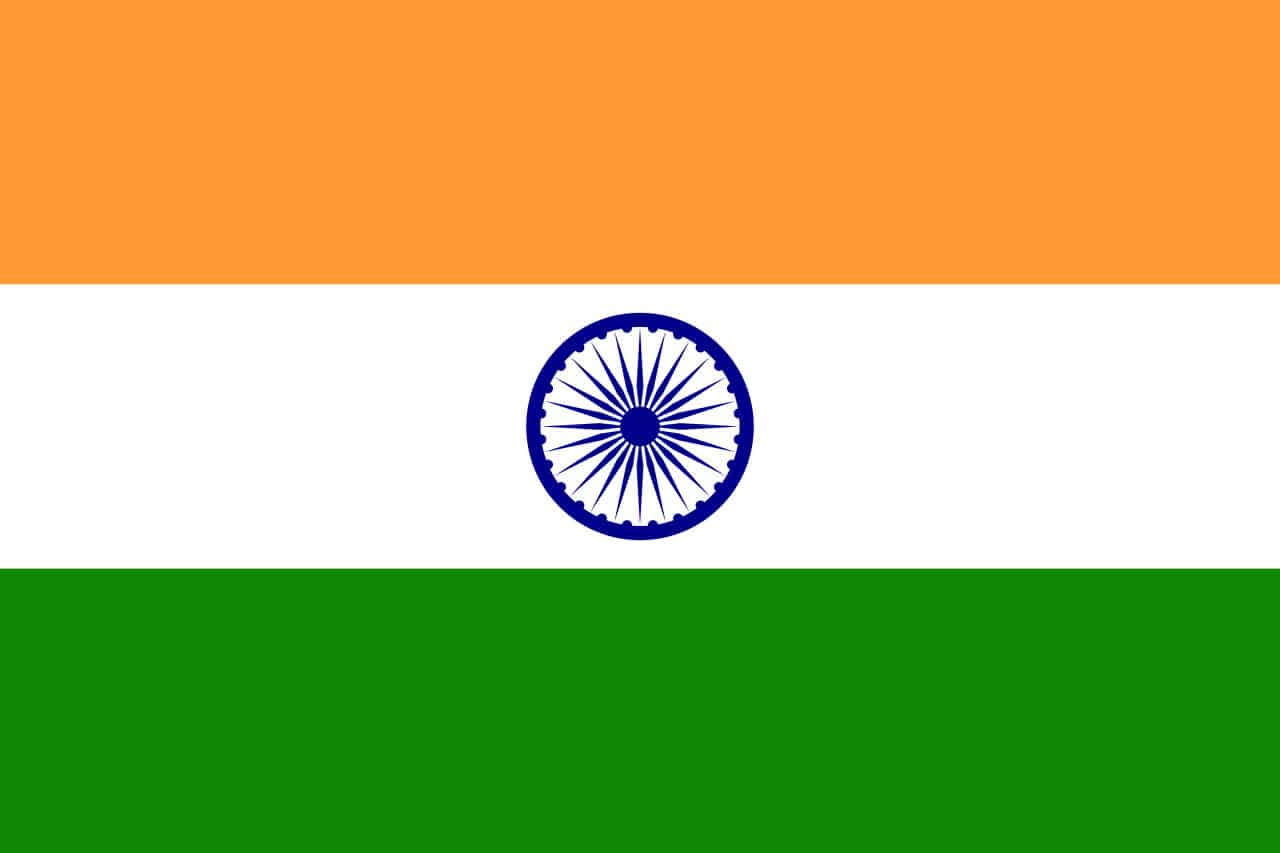 Hotstar has exclusive broadcasting rights for Fresh Off The Boat in India. This platform offers every episode of this show on-demand and includes a seven-day free trial. As such, you can watch a season or two for free, but it’ll be far more difficult to finish every episode before the trial ends. If you decide to continue using the service afterwards, it’ll cost you ₹199 per month.

Hotstar accepts several major credit cards, so it’s possible to sign up from abroad. However, the service is geo-restricted, meaning you’ll need a VPN to use it from outside of India.

When will Fresh Off The Boat season five come to the UK?

British fans are currently a full season behind their US neighbors, and at the moment, it isn’t clear when they can expect to see Fresh Off The Boat’s fifth series. When Channel 5 picked up the broadcast rights in 2017, it decided to start from the beginning, even though the show was starting its fourth season in America.

This decision, while understandable, led to confusion and may have actually driven viewers towards a rival streaming platform, Amazon Prime Video, which had been uploading new episodes the same day that they aired in the US. Amazon’s British library doesn’t include the fifth season, though, which implies a deal may already have been struck between the two. If this is the case, Channel 5 is keeping very quiet about it but we’ll let you know of any developments.