How to watch Grown-ish season 5 online from anywhere 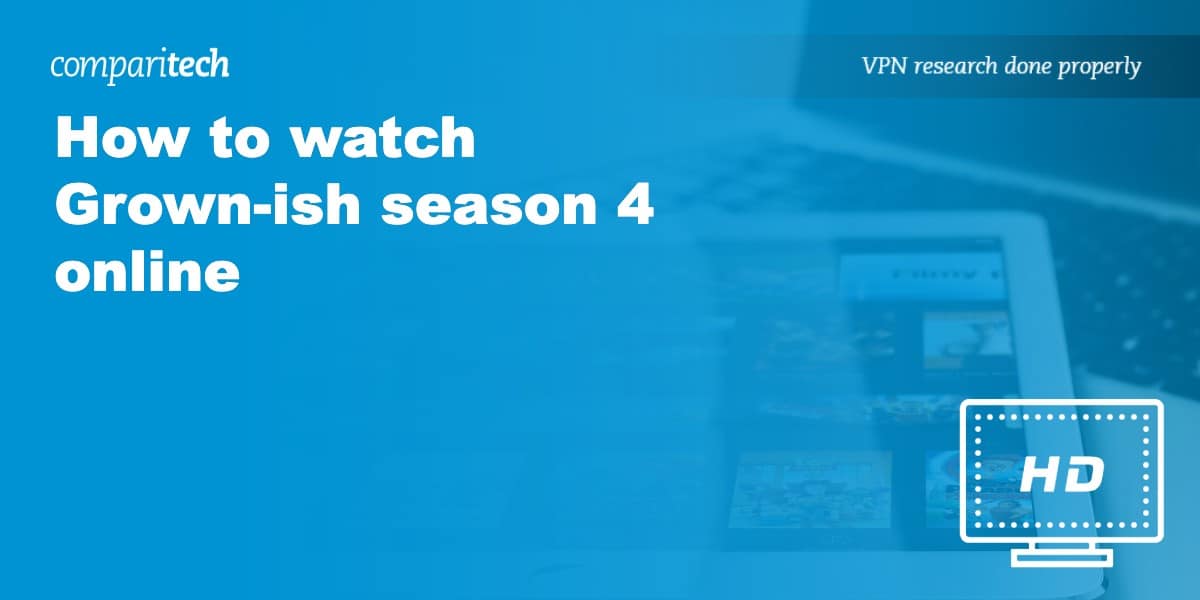 Grown-ish season 5 premieres on Wednesday, July 20 at 10 PM ET/PT. The spin-off of Black-ish continues to follow the Johnsons’ eldest daughter Zoey as she navigates her way through adulthood. In this post, we’ll explain how and where you can watch Grown-ish online from abroad with the help of a VPN. You can also find out what to expect from Grown-ish season 5.

Note that we’ll only be recommending official sources for watching Grown-ish season 5 online. In our experience, unlicensed streams can be taken offline without warning for violating copyright. This means you risk missing out on the Grown-ish season 5 premiere. They also tend to be low-resolution with issues such as excessive lag and buffering. In contrast, official sources are of much higher quality and are usually a lot more reliable.

Grown-ish season 5 is only available to stream on region-locked platforms. If you’re going on vacation, you’ll need to use a VPN in order to watch via your usual streaming service from home.

How to stream Grown-ish season 5 online with a VPN

A VPN helps you watch Grown-ish season 5 online from anywhere. It does this by providing you with a different IP address once you connect to a server. This makes it look as if you’re browsing from another location, unblocking geo-restricted content in the process.

Here’s how to watch Grown-ish online from anywhere:

NordVPN is offering a fully-featured risk-free 30 day trial if you sign up at this page. You can use the VPN rated #1 for Freeform with no restrictions for a month - great for testing it out with the first few season 4 episodes of Grown-ish.

How to watch Grown-ish on US TV

Grown-ish season 5 episodes first air on Freeform. If you have a US cable TV subscription that includes Freeform, simply sign in to the channel using your cable TV login credentials.

Don’t have cable? Not to worry! Following this original broadcast, each episode will also become available to stream on Hulu (which also offers seasons 1-4). The most affordable Hulu plan is priced at $6.99 USD per month although this includes ads. If you want to go ad-free, you’ll pay $12.99 monthly. The good news is that both plans include 30-day free trials.

If you don’t have cable but still want to watch each episode as it’s broadcast live, you can do so via select TV streaming services which offer Freeform. These include FuboTV ($69.99/month), Hulu ($69.99/month and includes Disney+ and ESPN+), Sling TV ($35/month), and YouTube TV ($64.99/month).

Watching Grown-ish via Freeform, Hulu, or a TV streaming service such as YouTube TV requires the use of a VPN if you’re outside the US. The reason for this is that their content is subject to copyright and licensing restrictions and is region-locked as a result. You’ll therefore need a US IP address to access its content. NordVPN offers strong unblocking, fast speeds, and includes a 30-day money-back guarantee for you to try it risk-free.

Where else can I watch Grown-ish season 5?

If you’re in Canada, you’ll be able to watch Grown-ish season 5 on ABC Spark. However, this requires a cable TV subscription and you’re at the mercy of the network, since there are currently no on-demand episodes available.

The first three seasons are currently included in the Canadian Disney Plus library. This service costs $11.99 CAD per month and unfortunately doesn’t offer any kind of free trial.

As these services are only available in Canada, you’ll need a Canadian IP address to watch it from abroad.

While there’s no word yet on a UK season 5 premiere date, the first four seasons are available on Disney+. As such, it’s quite possible that Grown-ish season 5 will be coming to Disney+ in the UK in the near future. For reference, a Disney+ subscription in the UK costs £7.99 per month or £79.90 per year. Note that to access the UK version of Disney+ from abroad, you’ll need a UK IP address which you can get via a VPN.

What do we know about Grown-ish season 5?

The Grown-ish season 5 trailer is titled “A New Beginning” and this is certainly the case with Zoey and Aaron having moved to New York following their graduation. However, the introduction of Zoey’s brother, Junior, who is joining Cal U, will see the two siblings share screen time in season 5. Indeed, Zoey will soon be back on the west coast and inevitably getting into all kinds of hilarious (and awkward!) situations.

Who is in the cast of Grown-ish season 5?

There’s something of a shake-up going in to Grown-ish season 5. Following the graduation-themed finale of season 4, we say goodbye to a number of original cast members. However, there’s good news in that Yara Shahidi is back as principal protagonist Zoey. We’ll also see the return of Trevor Jackson (Aaron) and Diggy Simmons (Doug) as well as a few new faces such as Marcus Scribner (Junior Johnson) who we already known very well from predecessor show Black-ish.