How to watch The Mandalorian online from anywhere 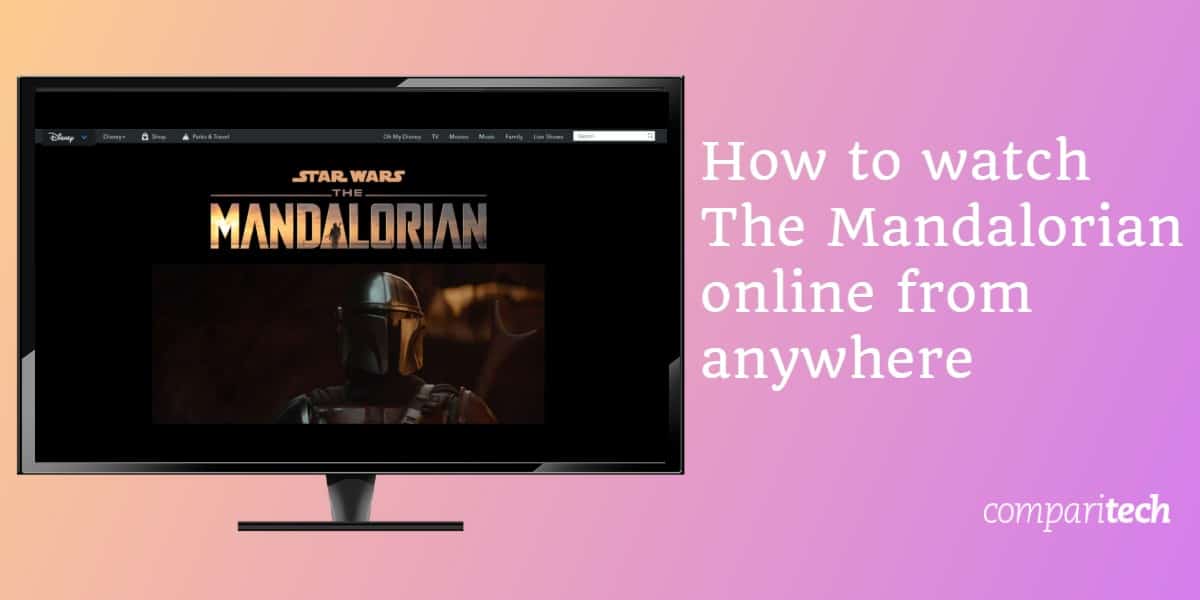 The Mandalorian quickly became one of Disney’s flagship shows when Disney+ launched, so a second season was almost inevitable. New episodes will be added to the service starting October 30, but like last time, they’ll be released one at a time until mid-December. Take a look below to find out how to stream The Mandalorian season 2 from abroad.

We’ll only be recommending official sources. As this show is only available on one region-locked service, unlicensed streams are almost inevitable. However, these are often poor-quality, with laggy, low-resolution video. Additionally, third-party streams can be taken down at any time for copyright violation. Anyway, as we’ll explain below, there’s no need to use unreliable, unauthorized sources since The Mandalorian Season 2 will soon see a wider international release, making it much easier to watch abroad.

The Mandalorian will only be shown on Disney+. This service is region-locked, so you’ll need a VPN to watch if from abroad. Using a suitable VPN will allow access to your usual home streaming services from any location.

How to watch The Mandalorian Season 2 online from abroad

Streaming services tend to rely on the user’s IP address to tell which country they’re in. However, when you connect to a VPN, you’re given a new, region-specific IP address for whichever country your chosen server is in. This makes it easy to use geo-restricted services like Disney+ abroad; just follow the steps below.

Here’s how to watch The Mandalorian online from anywhere with a VPN:

How to watch The Mandalorian online

Unlike the first season, season 2 of The Mandalorian will be released simultaneously all over the world. Simply, as long as Disney+ is available in your country, you’ll be able to watch from 7 AM GMT (3 AM EST / 12 AM PST).

Disney+ comes with a seven-day free trial and costs $6.99 USD per month (or $69.99 if you’re willing to pay for a year upfront). Prices vary slightly if you’re outside of the US, but generally, you’ll end up paying less. In Australia, for instance, this service costs $8.99 AUD per month, which works out at a little over $6 USD.

Disney+ is region-locked and is not available outside of specific countries. However, you can connect to a VPN and access this service from abroad. ExpressVPN comes with a 30-day money-back guarantee, meaning you can watch The Mandalorian from anywhere risk-free and claim a full refund if unsatisfied.

Where else can I stream The Mandalorian online?

Unfortunately, Disney hasn’t announced any other regional broadcasters as yet. This means that people in Latin America (or other regions where the service is yet to launch) could be stuck waiting until 2021 to watch it.

If we know anything about Star Wars fans, it’s that they’re extremely dedicated. Faced with such a long wait and no legitimate way to watch in some of the world’s largest markets, it’s not a stretch to assume that many people will turn to unofficial sources.

Ultimately, Disney has three choices: bring forward its international release schedule, sell broadcasting rights to local networks, or alienate fans of one of its most successful franchises.

What do we know about The Mandalorian season 2?

Showrunner Jon Favreau has revealed that The Mandalorian season 2 will expand the scope of the series pretty considerably. There’ll also be a focus on tying each episode together into one narrative, rather than sticking to the semi-episodic structure of the first series.

The official season 2 trailer has a pretty simple premise: deliver Baby Yoda (sorry, “The Child”) to the Jedi. It’s safe to say that things will get complicated rather quickly, though; the protagonist is a bounty hunter, after all, not a babysitter.

As expected, Disney has promised an all-star cast for season two of The Mandalorian. Below, we’ve listed some of the show’s most recognizable stars: