How to watch New Girl Season 7 online from anywhere

Would you like to watch New Girl season 7 online for free even when you’re abroad? Today, we’ll let you know how to live stream New Girl, how a Virtual Private Network (VPN) bypasses regional blocking, and which are the best VPNs to use. 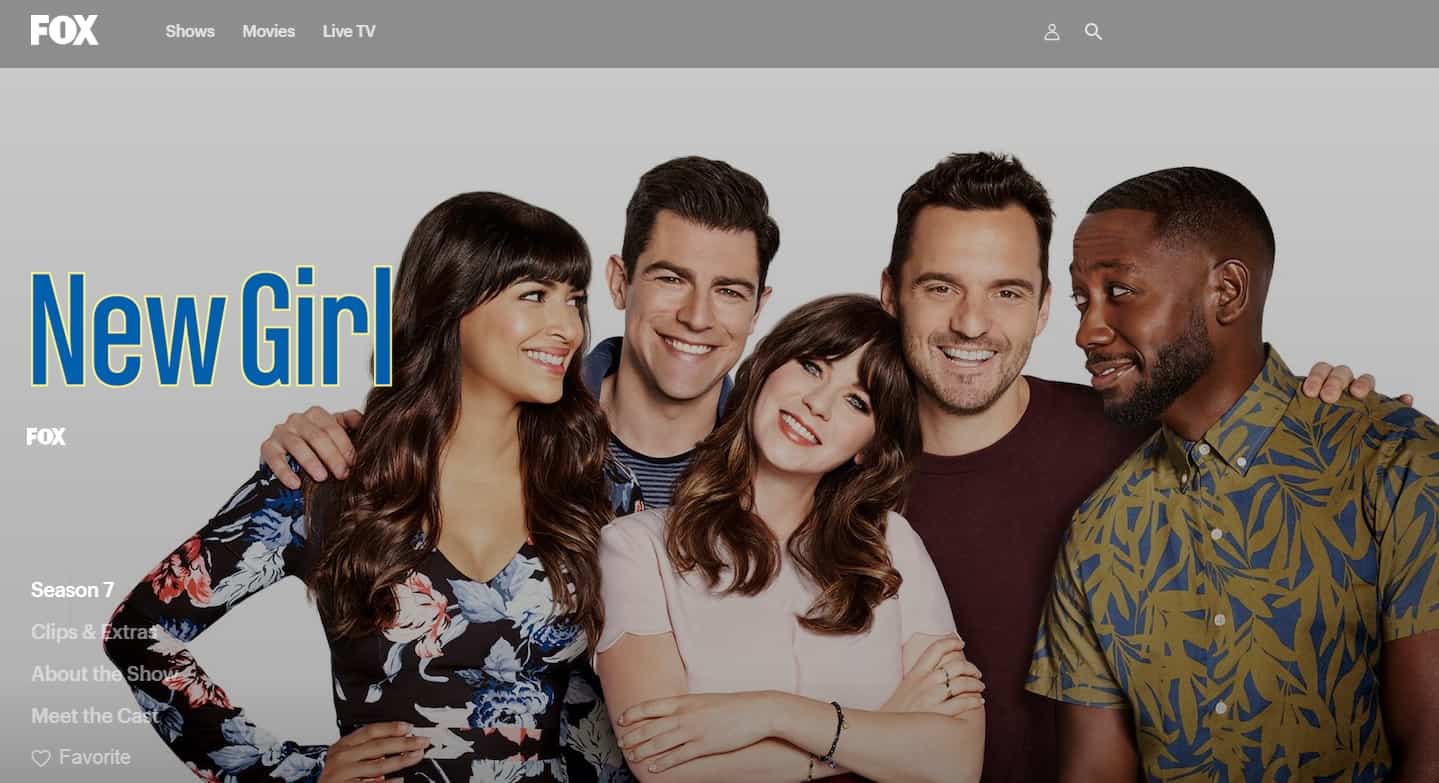 Earlier this year, New Girl finished its seventh and final season. While earlier series had 22 episodes, season 7 kept it short and sweet with only eight. This makes it perfect for binge-watching, and below, we’ll explain exactly which services allow you to do just that.

We’ll only be recommending official sources in this post. As with most popular TV shows, New Girl has its fair share of unlicensed streams. However, these are often only available in standard definition, and there’s no guarantee they’ll remain online for any period of time. This isn’t a problem, however, since there are several places you can watch New Girl legitimately, for free. 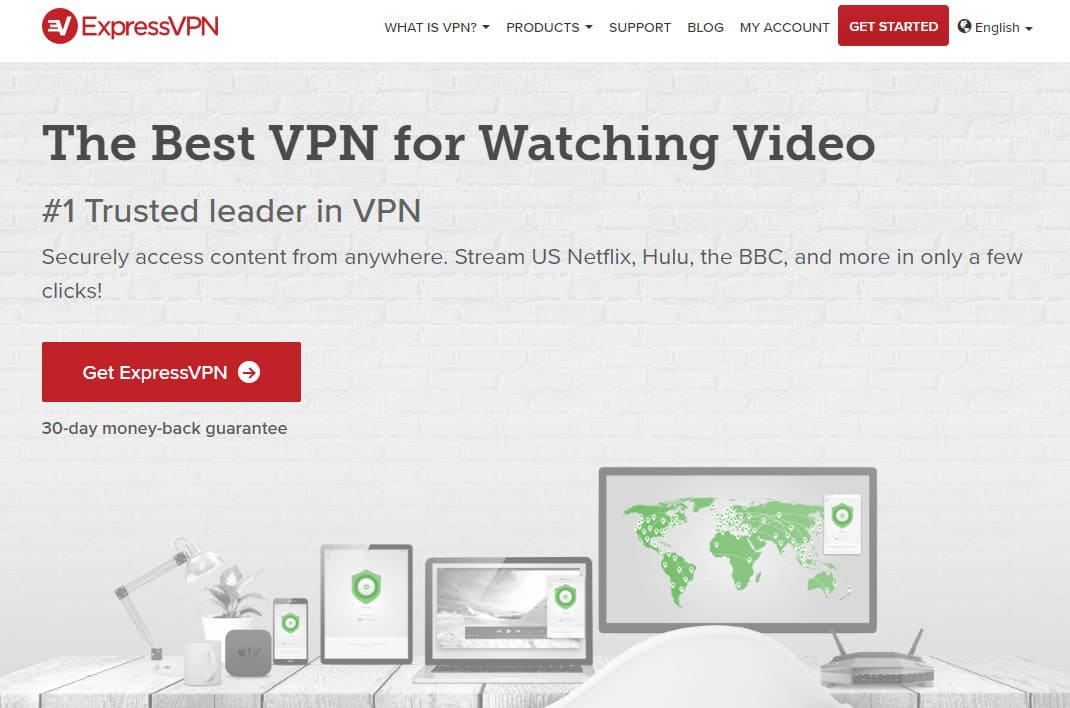 Using a VPN is one of the easiest ways to prevent your online activities from being monitored. A VPN encrypts your traffic, so your network administrator or internet service provider can’t say for sure what you’re up to. As an added bonus, VPNs enable you to spoof your location and access geo-blocked sites from abroad. We recommend ExpressVPN: it’s fast enough to stream without interruption, offers servers in 94 countries, and can easily unblock stubborn platforms like Netflix, BBC iPlayer, and Amazon Prime Video.

It only takes a minute to get started: just choose a subscription length (one month, six months, or a year) and pay. This begins a 30-day money-back guarantee, giving you plenty of time to test the service out and see if it meets your expectations. If not, no problem — just cancel and you’ll receive a full refund. This trial means you can use ExpressVPN for free, short-term coverage, for example, if you’re leaving the country on vacation or want to watch one particular event.

FREE MONTHS: Choose ExpressVPN’s one-year plan to get an extra three months free and save 49% on the total cost. This cuts your monthly bill to just $6.67.

How to watch New Girl abroad with a VPN

New to VPNs and unsure how to get started? Just follow the steps below to unblock most geo-blocked services:

If you’d like to watch a live event, we recommend running through the steps above beforehand. This ensures that if anything doesn’t work as expected, you’ll still have plenty of time to get help from your VPN’s customer support team.

Even though there are no new episodes coming out, New Girl remains highly popular, and as such, is available in several countries across the world. Below, we’ll explain which services enable you to stream New Girl where you are.

It’s extremely easy to watch New Girl in America. Fans can watch most of season 7 for free, without registration, on FOX. That said, you will need a cable TV subscription in order to stream episodes 1, 2, and 3. Currently, it’s impossible to login with any over-the-top service, although Hulu allows subscribers to watch season 7 on-demand. This service costs $7.99 per month. Both FOX and Hulu are geo-blocked, meaning you’ll need to connect to a US VPN server to watch from abroad.

If you’d like to watch older seasons, you’re in luck: they’re all available on Netflix US. Netflix packages start at $7.99 per month, and include a one-month free trial. If you don’t already have an account — and are dedicated enough — it’s possible to watch every episode from seasons 1-6 for free by getting through them all during the free trial period.

Although New Girl has already finished in the US, its final series hasn’t even aired in the UK yet. Season 7 will be broadcast on E4 starting October 18, with each episode airing at 9:30 PM BST. This means you’ll be able to stream each episode live, for free, on All 4. You’ll have to create an account first, during which you’ll be asked to enter a UK postcode: don’t worry, this isn’t used to check your location.

Unfortunately, no major streaming service in the UK includes New Girl in its library. As such, your only option is to purchase seasons or episodes individually on platforms like Amazon or Chili. Remember, if you’re only in Britain temporarily, you can still tune in to streams from your home country by using a VPN.

Unfortunately, there are no details regarding when Canadian viewers will get to see season 7 on TV. That said, you can buy this series on Amazon Prime Video and iTunes.

Just like in the US, seasons 1-6 of New Girl are available on Netflix Canada. Monthly subscriptions start at $8.99 CAD and include a free one-month trial. Previously, seasons have been added to the Netflix lineup just before the next one airs, which means we can expect season 7 to arrive sometime in the spring of 2019.

There’s currently no release date for New Girl season 7 in Australia. Previously, FOX shows had aired on TEN, but as of last year, this is no longer the case. Although select FOX titles such as The Big Bang Theory have been reclaimed, New Girl is currently not one of them.

That said, season 6 is now airing on Fox8, with two episodes every Sunday at 5:30 PM. If you already subscribe to Foxtel, you can stream Fox8 online with the Foxtel Go app. Don’t worry if not, though: you can gain access with Foxtel Now instead. The pop pack costs $15 AUD per month, and there’s a two-week trial period which gives you access to every channel.

New Girl is available in countries other than the ones listed above, generally on FOX-branded international channels and services. However, with no comprehensive list of international broadcasters, you may have to do some research to find a local source. If there aren’t any, remember that you can purchase entire seasons on services like Amazon Prime Video, iTunes, and the Google Play Store.

Can I watch New Girl with a free VPN?

Although free VPNs may appear to offer an easy method to stay safe online, they actually come with several significant disadvantages. Firstly, there’s their performance; free VPNs have fewer servers than their premium rivals, yet a constant influx of users. This leads to long loading times, frequent buffering, and in some cases, total disconnection from the VPN. These services are often the first to be blacklisted by copyright holders, so there’s no guarantee you’ll be able to actually watch anything.

You might ask yourself how free VPNs can afford to maintain their networks. The truth is that these services have found other ways to make money. It might be that they insert ads into the sites you visit, but some even use tracking cookies to monitor which sites you visit, even when you’re disconnected. This data can then be compiled into highly-detailed consumer profiles which can then be sold to third parties without the user’s knowledge.

Finally, it’s very difficult to tell if you’re using a legitimate free VPN or not. A 2015 survey of 283 free VPN apps found that almost 40% included malware of some kind. Perhaps more worrying, all of these apps were discovered on the Google Play Store. A recognizable name doesn’t necessarily mean you’ll be protected, either; we’ve even seen one major free VPN sell its users’ bandwidth to help run a botnet.

The best way to keep your data secure is to use a reputable VPN with a proven track record of protecting its customers’ privacy.

What can fans expect from New Girl season 7?

Season 7 is going to be slightly different from previous seasons in a couple of ways. First of all, it takes place three years after the final episode of season six. Jess and her friends have moved on with their lives and careers, but don’t worry; the gang’s still together.

Secondly, there are only eight episodes instead of 22. This means that the show is going to put major emphasis on resolving any dangling plot threads instead of creating new storylines. There’s a little lee-way, however, as season six did a pretty good job of tying any loose ends up. Of course, this was back when the creators didn’t know if a seventh season would be greenlit. Luckily it was, and you can watch it all online.