How to watch Suicide Squad (2021) online from anywhere

Want to watch the new Suicide Squad movie online? We’ll let you know how to stream Suicide Squad (2021) online wherever you are in the world using a VPN.
Ian Garland Streaming, Kodi and VPN Expert 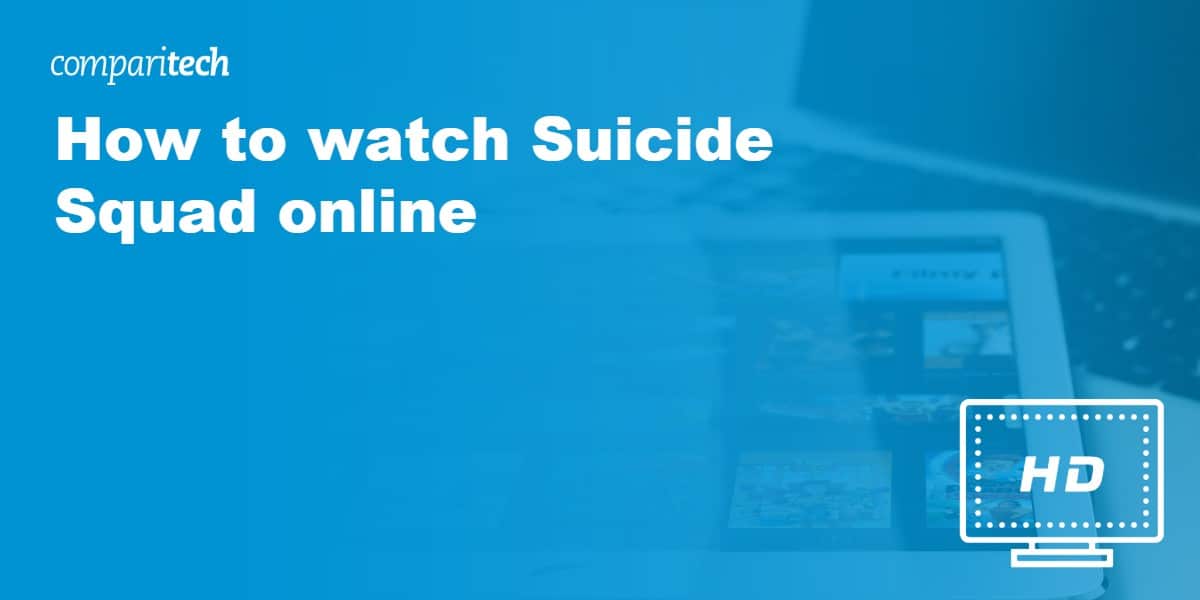 It’s been six years since the first poorly-received Suicide Squad movie and three since work began on this one, but the wait will finally be over on August 5 at 7 PM EST (4PM PST). With an ensemble cast, director James Gunn’s trademark humor (already used to great effect in the Guardians of the Galaxy series), and favorable reviews beginning to come in, all signs point to this movie being a classic. Below, we’ll explain how to watch the Suicide Squad reboot online, from anywhere in the world.

This is a highly-anticipated movie, which means unlicensed streams are all but inevitable. Still, we’d recommend watching on official sources instead. These guarantee the highest-possible quality stream, and unlike their unofficial counterparts, can’t be taken offline for copyright violation. Besides, you’ve waited this long already; why settle for less than the best experience?

Suicide Squad will only be available on geo-blocked services. If you’re traveling outside of your home country, you’ll need a VPN to access your usual streaming platforms.

How to stream Suicide Squad online from abroad

Essentially, VPNs make it appear as though you’re in a different country by sending your data through a server elsewhere in the world. This tricks region-locked services into letting you use them from anywhere. Sound difficult? It’s really not, and we’ll prove it below.

Here’s how to watch Suicide Squad online from anywhere:

NordVPN offers a fully-featured risk-free 30-day trial if you sign up at this page. You can use the VPN rated #1 for HBO Max with no restrictions for a full month. This is perfect for anyone hoping to stream the new Suicide Squad movie from abroad.

How to watch Suicide Squad online in the US

Suicide Squad will release at 7 PM EST on August 5, and you can watch it online using HBO Max. There are a few caveats, though: first, you won’t be able to watch with the ad-supported plan. Instead, you’ll need an ad-free subscription, which costs $14.99 USD per month, with no free trial period.

The other big catch is that the movie will only be available for 31 days (until September 4). After this, it’ll return to theaters for a while, then be available for rental on other video-on-demand platforms like Amazon Prime Video, Vudu, and iTunes. After all of this (likely several months later), it’ll become a permanent part of the HBO Max library.

HBO Max is available in several countries but there’s no guarantee that Suicide Squad will be released at the same time globally. If you’re traveling, you can use NordVPN to access the US library from anywhere in the world. This service comes with a 30-day money-back guarantee, so you can try it risk-free and claim a full refund if it fails to meet your expectations.

Where else can I watch Suicide Squad (2021) online?

At the moment, there’s a real lack of clarity as to where you’ll be able to stream Suicide Squad online if you’re not in the US. Still, we’ve rounded up all of the info we could find and will update this post when new details are announced:

The Suicide Squad remake will release in Australian theaters on August 5. There’s no word on a digital release yet but other Warner Brothers movies like Wonder Woman 1984 and Godzilla vs Kong have followed a fairly predictable format. They tend to arrive on video rental platforms about a month after the US release, and usually cost $29.99 for a 48-hour rental. This price drops pretty sharply after a couple of months, though; for instance, both of the previously-mentioned titles now cost less than $8 on the Google Play Store.

Digital rental sites change their content and prices based on your location. If you’re outside of Australia when Suicide Squad becomes available, you can access the Australian libraries using a VPN.

Canadian fans can watch the new Suicide Squad movies in theaters from August 6. However, it’s likely that, as with Zack Snyder’s Justice League, it’ll be added to Crave following its theatrical run (usually around 90 days). You can either sign into this service using your cable TV account or sign up directly for the HBO + Movies plan, which costs $19.98 CAD per month after a seven-day trial.

Crave is only available in Canada, but you can unblock it while traveling abroad using a VPN.

Suicide Squad has actually been out for a while in the UK, having released in theaters on July 30. However, Warner Bros hasn’t released any information regarding a digital release window. Wonder Woman 1984 arrived on video rental services about a month later and cost £15.99 for a 48-hour rental, however, so it’s possible that Suicide Squad will follow the same schedule.

Unfortunately, we’re still not sure when the Suicide Squad reboot will be available for streaming outside of the US in most countries. It seems as though Warner Bros is trying to get back to the status quo of cinema-first releases, though, so it could be a while. In the meantime, however, you can find your country’s premiere dates below:

Is the new Suicide Squad movie a sequel?

Rather than being a straight sequel, the 2021 Suicide Squad movie is more of a standalone adventure. There are references to the characters’ existing relationships but this movie doesn’t really continue the plot of the 2016 one, and you don’t have to have seen the original Suicide Squad to understand this one.

The new Suicide Squad movie has an absolutely stellar cast, with a few characters returning from the original including Margot Robbie as Harley Quinn, Idris Elba as Deadshot, and Joel Kinnaman as Rick Flagg. The star-studded cast doesn’t end there, though; here are a few other actors who are sharing the limelight:

Is the Joker in the Suicide Squad reboot?

He is not. The movie’s director, James Gunn, has previously said that the Joker “wouldn’t be helpful in that type of war situation [the movie’s setting]”. It seems that while fans of the clown prince of crime might be disappointed, this could be a blessing in disguise; rather than relying on familiar faces to sell the premise, Gunn has assembled a cast of characters that mesh well with one another and that can stand on their own merits.