How to watch The Justice League Snyder Cut online from anywhere

After almost four years, fans can finally watch Zack Synder’s take on The Justice League. We’ll walk you through what’s new and explain how a VPN can help you stream the Synder cut if you’re traveling abroad.
Ian Garland Streaming, Kodi and VPN Expert 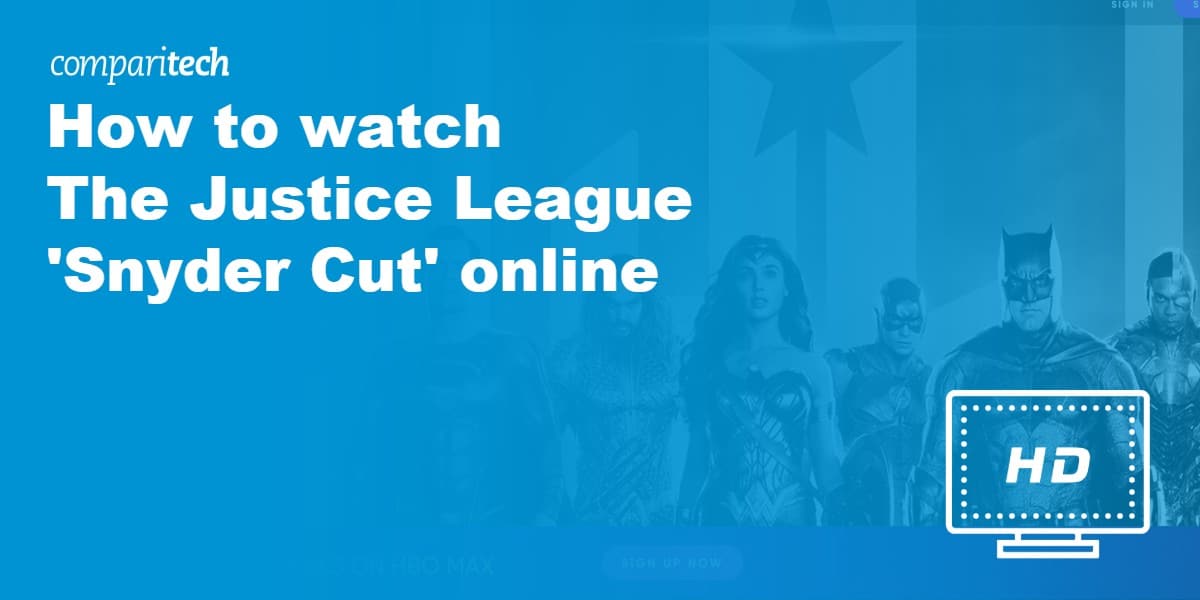 The wait is over; Zack Synder’s Justice League has been released and it’s everything fans hoped it would be. In fact, the “Synder Cut” is different enough from The Justice League that it merits watching even if you’ve seen the original. Below, we’ll let you know how to stream the Snyder Cut online, wherever you are in the world.

This is an extremely long-awaited movie so unfortunately, unlicensed streams are inevitable. However, we advise against using these. After all, official sources provide the highest-quality video available, and there’s no risk that they’ll be taken offline partway through. Further, there are legitimate broadcasters all over the world, meaning there’s no need to use third-party sources.

The platforms showing the Snyder Cut are all regionally restricted, which means you might not be able to use them if you’re traveling abroad. Luckily, you can unblock your usual services from home with the help of a VPN.

How to watch the Snyder Cut from abroad

Simply, VPNs change your IP address, making it seem like you’re in a different location. This helps you access services that are normally unavailable where you are. As a bonus, VPNs encrypt your traffic, hiding your activities from snoopers, your ISP, and the government.

Here’s how to watch Justice League the Synder Cut online from anywhere:

NordVPN is offering a fully-featured risk-free 30-day trial if you sign up at this page. You can use this top-rated VPN with no restrictions for a month—great if you’re only interested in watching the Synder cut while traveling abroad.

There are no hidden terms—just inform customer support within 30 days if you decide NordVPN isn't right for you to claim a full refund. Start your NordVPN trial here.

Where can I watch The Justice League Snyder Cut in the US?

Zack Snyder’s Justice League is just one of the blockbuster exclusives that HBO Max has snapped up, alongside Godzilla vs Kong and The Suicide Squad. This service costs $14.99 USD per month and unfortunately, doesn’t offer any kind of free trial anymore. On the plus side, you won’t have to pay anything extra to stream this movie.

HBO Max is available in several countries but is only showing the Snyder Cut in the US. As such, you’ll need a VPN to watch while traveling abroad (we recommend NordVPN).

How to watch the Snyder Cut from outside the US

The Snyder Cut is actually available in most countries around the world already. Here’s a brief rundown of how you can stream Zack Snyder’s Justice League where you are:

Now TV has exclusive rights to show this movie in the UK. You’ll need the Cinema membership to watch, which usually costs £14.99 per month, but this comes with a seven-day free trial. As such, you can sign up, stream the Snyder Cut for free online, and cancel before your payment method is charged.

This platform is geo-restricted, so if you’re traveling outside the UK, you’ll have to connect to a British VPN server before you can use it.

Canadian fans can stream The Justice League’s Snyder Cut on Crave. The base subscription won’t do, though; instead, you’ll need the HBO+Movies addon, which brings the monthly price to $19.98 CAD. Here’s the good news: Crave includes a one-week free trial. This means that as long as you remember to cancel before the trial ends, you can effectively watch Zack Snyder’s Justice League for free.

Crave is usually only accessible in Canada. Despite this, it’s possible to unblock it from other countries using a Canadian VPN server.

Foxtel has snagged the Snyder Cut as an exclusive for its Binge streaming service. Prices begin at $10 AUD per month, but there’s a two-week free trial, so you won’t actually be billed provided you cancel once you’re done watching.

Binge is geo-blocked, so you’ll have to either be in Australia or connected to an Australian VPN server to access it.

There are a handful of countries (like the Netherlands, South Africa, and Israel) where this movie is only available from sites like Google Play and iTunes.

However, for the most part, you should be able to stream on your local HBO service, which is most commonly HBO Go. For a full list of international broadcasters, just visit the official Snyder Cut website and click the link that says “View international release info.”

What is the difference between The Justice League and the Snyder Cut?

Where to begin! Needless to say, this isn’t one of those director’s cuts that tinkers around the edges; rather, it’s a full revamping of the original movie. The most obvious change is that it’s in 4:3 resolution, which creates an almost square image with black bars on either side.

Additionally, dozens of scenes that were left on the cutting room floor have been added back in. There’s a markedly different tone here, largely due to the removal of every scene Joss Whedon shot; the controversial director’s trademark tongue-in-cheek style of dialogue didn’t mesh with Snyder’s more serious vision for the movie. Other changes include a new score, a larger focus on world-building, and changes to the movie’s color palette. Really, you’re better off just watching it for yourself since a comprehensive list of changes would require its own post.

How long is the Snyder Cut?

You’re going to want to clear your schedule for this one. The original The Justice League movie from 2017 runs for exactly two hours, but Zack Snyder’s Justice League clocks in at 242 minutes long, which is a little over double that.