How to watch The Book of Boba Fett online from anywhere

Interested in streaming The Book of Boba Fett online? We explain when this Mandalorian spin-off will premiere and how you can watch every episode online.
Ian Garland Streaming, Kodi and VPN Expert 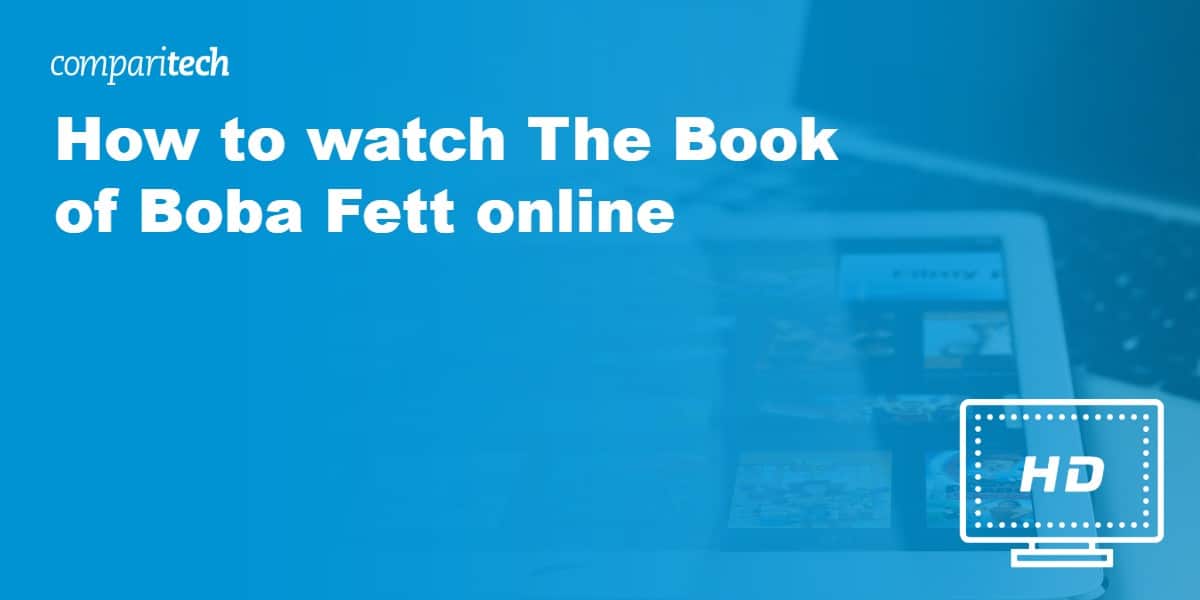 Star Wars fans have been spoiled lately, with The Mandalorian wrapping up its second season, and a second spin-off (named Ahsoka) being announced. What’s more, The Book of Boba Fett is set to premiere on December 29 so there isn’t long left to wait. There’ll be seven episodes, released weekly, and the best part is that you can stream The Book of Boba Fett from almost anywhere in the world. Take a look below to find out how.

We don’t recommend watching unofficial streams. Unfortunately, some people will go to any lengths to watch shows for free, as evidenced by the fact that The Mandalorian hit torrent sites just hours after it began airing. Unauthorized streams almost always provide a worse experience but with a single inexpensive streaming service making this show available in dozens of countries, there’s no need to use shady, unethical sources.

While The Book of Boba Fett will be available in much of the world, there are places like China, Russia, and Nigeria where you’ll need a Virtual Private Network (VPN) to watch it.

How to stream The Book of Boba Fett online from abroad

VPNs are tools that encrypt your data and send it through a server elsewhere in the world. They are normally used to enhance your online privacy but can also help travelers regain access to geo-restricted services while on vacation.

Here’s how to watch The Book of Boba Fett abroad:

NordVPN offers a fully-featured risk-free 30-day trial if you sign up at this page. You can use the VPN rated #1 for streaming Disney+ with no restrictions for a full month. This makes it a great choice for any international travelers looking to stay up-to-date with their favorite shows.

How to watch The Book of Boba Fett online

We often see major TV shows airing on a different network in every country, but not this time. The Book of Boba Fett, just like The Mandalorian before it, will be released exclusively on Disney Plus. This means that fans in over 50 countries (including the US, the UK, France, Germany, Italy, Spain, Canada, and Australia) can stream the show simultaneously. Naturally, this service has both seasons of The Mandalorian too, so if you haven’t seen that yet, it’s easy to catch up.

Disney+ used to offer a free trial in select locations, but it seems to have phased this out completely, so there’s currently no way to stream The Book of Boba Fett for free. On the plus side, this service is fairly inexpensive, though the price varies slightly from country to country. Subscribers in the US pay $7.99 (GBP £6.03) per month, for instance, while those in the UK pay GBP £7.99 (roughly $10.60).

As far as we’re aware, this show will be available in every regional Disney+ library. That said, if you’re traveling in a country where Disney Plus isn’t available, you’ll need a VPN. Luckily, NordVPN offers a risk-free 30-day money-back guarantee, and allows you to claim a full refund simply by canceling before your first month is up.

Where else can I watch The Book of Boba Fett online?

We had hoped that Disney would have learned its lesson by now: if you hype up a TV show and then only make it available in some parts of the world, it will inevitably be pirated. To its credit, the platform has plans to expand into more of Asia and Europe in 2022. That said, large portions of Africa, plus two of the world’s largest countries (China and Russia) still have no legal way to watch this show.

Further, there are no indications that any local networks have purchased broadcast rights, meaning fans in these countries can’t stream The Book of Boba Fett even if they’re willing to pay.

What do we know about The Book of Boba Fett season one?

Disney has released a trailer for The Book of Boba Fett that gives us a pretty good idea of what to expect. Jabba the Hutt is no longer in charge following his death in Return of the Jedi, so Fett decides to replace him with the help of his one-time rival, Fennec Shand. His pitch to Jabba’s lieutenants is simple: work with him and everyone gets rich, so why rebel?

That’s not all that’ll be going on, though. The show’s star, Temuera Morrison, has previously mentioned that The Book of Boba Fett will dive into the character’s past, which should be interesting given that there’s multiple years to fill in between Return of the Jedi and The Mandalorian.

Who stars in Disney’s The Book of Boba Fett?

As you might expect, Temuera Morrison will be reprising his role as the bounty hunter Boba Fett. Ming-Na Wen will also return as Fennec Shand, but the cast and crew are remaining extremely tight-lipped about who else is in the series. At the time of writing, all we know is that Jennifer Beals (best known for her work in The L Word) will be playing an as-yet-unnamed Twi’lek.