We explain how a Virtual Private Network (VPN) can help you bypass Indian online censorship, and list the best free VPNs for India so you can find a safe free VPN service that will protect your privacy.
Ian Garland Streaming, Kodi and VPN Expert 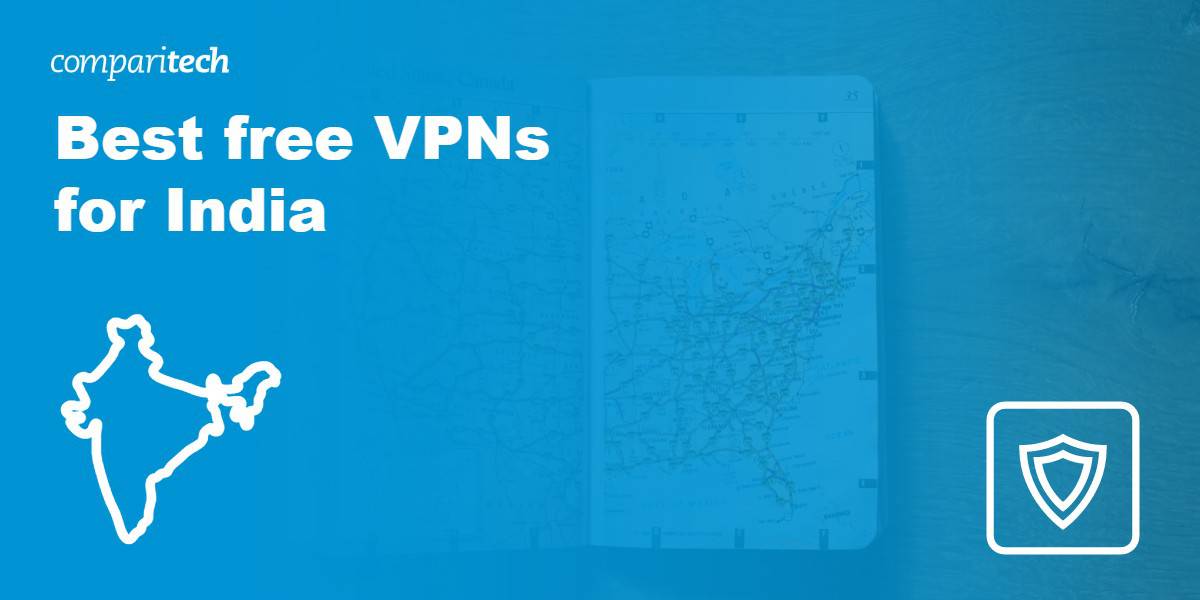 Finding a safe free VPN for India is a difficult task. We reveal the best free VPNs for India that can still offer privacy protection, even without payment.

Internet users in India have to contend with semi-regular internet shutdowns, widespread surveillance, and pervasive online censorship. To make matters worse, the rules around what is banned are often arbitrary. For instance, adult websites are blocked seemingly for moral reasons, whereas apps like TikTok and PUBG Mobile are unavailable simply because they were developed in China (the two countries have long clashed over a disputed border, and tensions have flared again recently).

The solution is simple: just use a VPN to keep your activities private and access the wider web safely. However, finding a secure, free service with high enough speeds and bandwidth limits to use regularly is much more difficult than it sounds. That said, we’ve identified four free VPNs that work well in India; you’ll find a brief overview of these below:

When selecting the best free VPNs for India we carefully check each service based on a range of criteria. Below is an outline of how we selected the VPNs on this list and you can find out more about our testing methodology below.

Below, we provide a more detailed look at the best free VPN services for India:

Hotspot Shield is our first pick for anyone traveling in India. It boasts an average speed of 63 Mbps, which is more than enough for streaming. There are a couple of limits, though: free users are limited to 500MB of data per day and can only access the US servers. That said, these do allow you to torrent and can reliably unblock platforms like Netflix US and Hulu.

This VPN protects you from prying eyes using 256-bit AES encryption, a kill switch, and protection against IPv6 and DNS leaks. It also has its own Hydra protocol, which it claims is harder to block than IKEv2 and WireGuard. Recent versions of the app also allow you to connect to the VPN automatically any time you use an unsecured wireless network. Hotspot Shield refuses to store any personally identifiable info, meaning it can’t be used to link your activities to you.

Hotspot Shield offers Linux, Windows, MacOS, Android, and iOS apps. It can also be manually configured for select home routers. Tempted by the paid plan? If so, you can take advantage of its seven-day free trial and, once that’s over, the risk-free 45-day money-back guarantee.

BEST FREE VPN FOR INDIA:Hotspot Shield is our top choice. A speedy service with a reasonable daily bandwidth limit and cutting-edge security features. No issues unblocking popular US platforms in India. Try it risk-free thanks to its 45-day money-back guarantee.

ProtonVPN stands out from the crowd by being one of the only reputable free VPNs that doesn’t limit your bandwidth in any way. Better still, it’s fast enough for uninterrupted streaming, with an average speed of 66 Mbps, and has free servers in three countries: the US, Japan, and the Netherlands. Users can even access stubborn services like Netflix, HBO Max, and Sling TV.

This service has plenty of security features, including DNS and IPv6 leak protection, 256-bit encryption, and a kill switch that immediately stops sending data when you lose your connection to the VPN. Additionally, there’s an option called Secure Core that sends your traffic through multiple servers for even greater privacy. The apps recently received a smart connection feature too, which picks the best protocol for your needs. ProtonVPN doesn’t keep any logs that could identify you.

ProtonVPN has apps for Windows, MacOS, Android, iOS, and Linux. Also, you can follow manual setup instructions to install it on select routers, thereby protecting your whole network.

NO DATA LIMIT:ProtonVPN can bypass particularly strict geo-blocking and doesn’t have any bandwidth limits, making it a fantastic option for India. Boasts a wide range of security and privacy tools, plus a 30-day money-back guarantee.

Windscribe users have 11 locations to choose from, which is extremely generous for a free plan. Initially, you’re limited to 2GB of data per month, but this increases to 10GB once you verify your email address. Until recently, only the Windflix servers were able to access major streaming platforms. This is no longer the case, which means that free users shouldn’t have any issues accessing services like Netflix US, All 4, and ITV Hub abroad.

This VPN hides your activities from snoopers using 256-bit encryption and a no-logging policy. There’s also a firewall that blocks all connectivity outside of the VPN tunnel, aiming to provide more security than the kill switch/leak protection combo used by many of its rivals. Windscribe even has a unique proxy gateway feature that lets you share your VPN connection with devices that don’t normally support these, such as games consoles.

Windscribe apps are available for Windows, Android, MacOS, iOS, and Linux devices. Users can also install it on select routers, but they’ll have to do so manually.

LOTS OF LOCATIONS:Windscribe has more than twice as many free locations as any other VPN in this list. Also provides stable speeds, powerful security features, and the ability to access various geo-blocked platforms abroad. If you sign up for the paid plan, it’s possible to claim a full refund at any point in the first three days, provided that you’ve used less than 10GB of data.

Take a look at our in-depth review of Windscribe.

Hide.me is one of the few free VPNs that allow you to torrent. In fact, it recently increased its monthly bandwidth limit from 2GB to 10GB, meaning you can do so more often. It’s great for streaming too, even if you only have access to the free servers. There are four locations to choose from (the US, Canada, the Netherlands, and Germany). The speeds are decent too, and we were able to watch popular channels like NBC and ZDF live without any issues.

If privacy is your top priority, Hide.me has you covered. To begin with, there’s 256-bit encryption, a kill switch, and protection against DNS leaks. However, users can also choose to let certain apps bypass the VPN entirely (for instance, to ensure the highest possible speeds in cases where you’re not concerned about privacy). This VPN has been independently audited to prove that it doesn’t keep any identifiable information.

The only real downside is that while Wireguard is supported, only paid users can choose it.

GREAT FOR TORRENTING:Hide.me has no issues with torrenting, and it’s more than fast enough. Better still, it’s proven to keep no logs, meaning you can stream, browse the web, and use P2P networks safely. The paid plan includes a 30-day money-back guarantee.

Why not read through our full Hide.me review?

The good news is that, despite all the time, money, and effort that the Indian government has put into monitoring internet users and blocking specific websites, its surveillance and censorship are laughably easy to workaround.

Here’s how to set up a free VPN in India:

Methodology: How we found the best free VPNs for India

Deciding which VPN to use is tricky enough already, but when you also need it to be free, and protect yourself from an increasingly authoritarian government, the difficulty is only compounded. We decided that the services we recommend have to meet all of the following criteria; this way, you’re guaranteed a versatile, safe-to-use VPN, whichever you choose:

These factors form a small part of our full VPN testing methodology which we carry out for every VPN we recommend to ensure we only ever champion the highest quality services.

Are VPNs legal in India?

VPNs are legal in India, as they are in most of the world. That said, there’s plenty of evidence that the government isn’t thrilled by the thought of its citizens being able to use the internet freely; in 2020, police in Kashmir attempted to investigate hundreds of people they suspected of accessing blocked social media sites with the help of VPNs and proxy servers.

Unfortunately, you can’t even count on service providers to remain neutral in India. In fact, During a two-week period of 2019, the Internet Freedom Foundation received more than 100 reports of local ISPs restricting access to privacy-focused tools such as DuckDuckGo, Telegram, and a variety of popular VPNs. This is concerning to say the least, as it creates an opportunity for ISPs to block an even wider range of content as a matter of ideological policy, rather than only censoring that which it is strictly required to by law.

Why should I use a VPN in India?

The foremost reason to use a VPN in India is to prevent the government and your internet service provider from monitoring your online activities. After all, what right does anyone have to see what you do online?

There are more practical reasons too, of course. You might be visiting from another country and simply looking to keep using services that aren’t accessible in India. Even if your chosen service is available, it might have different content in India than it does back home; Netflix and Hotstar are two internationally-available streaming platforms that work in this way.

Are all free VPNs the same?

There are plenty of so-called free VPNs that offer no real protection. These often provide abysmal service and are just interested in getting you to install their app so that they can show you ads. However, there are plenty of legitimate free services that simply aren’t a good fit for day-to-day usage. Below, we’ve listed a few popular free VPNs and explained why we don’t recommend using them:

Should I upgrade to a paid VPN?

If you’re happy with your free service, and it does everything you need it to, there’s probably no need to upgrade. That said, if you’d like access to a wider range of server locations, are interested in torrenting, or if you’re having trouble staying within the free plan’s data limit, a paid plan might be better.

Before spending any money, though, it’s a good idea to check the service’s refund policy. If there isn’t one, if there are several caveats to it, or if you can’t even find the VPN’s contact information, there’s a good chance that your chosen service is just looking to take your money. Legitimate providers believe in their service, and usually advertise their money-back guarantees fairly prominently, either on the home page or checkout screen.

Check out our list of the best-paid VPN providers with money-back guarantees.