With a slew of high-profile cybersecurity hacks and data breaches around the world, it’s easy to see why consumers in the digital age are worried about privacy. The Snowden revelations from a few years ago added to these worries by confirming our worst fears about the existence of an extensive surveillance machine.

Incidents like the Cambridge Analytica and Equifax hacks are real concerns. And our smartphones contain an incredible amount of data; they store our emails, phone contacts, personal photos, banking information, text messages, and more. If these were compromised it would lead to an immense amount of stress and worry.

Thankfully, for most common operating systems, there is a wide range of privacy apps available. If you’re an Android user, you have a great selection to choose from, an overwhelming number in fact. As such, we’ve handpicked some of the top privacy apps for Android that you might want to consider downloading. Let’s jump in!

If you’re not browsing the web with a Virtual Private Network (VPN) installed, now’s a good time to get with the program. There are countless free VPNs out there but this is the one app on this list where it really is worth going for a reputable paid service.

VPNs work by encrypting all the traffic flowing to and from your device and routing it via an intermediary server outside your current location. This hides your digital footprint and keeps it away from nosy surveillance agencies, hackers, and other intrusive bodies that want to spy on your web activity.

VPNs have other advantages too; they can unlock geo-restricted content such as Netflix, Hulu, ESPN, and more. But it’s their encryption aspect which should appeal most to privacy-conscious users.

ExpressVPN makes the cut due to its use of military-grade encryption protocols, robust speeds, and vast server network. We’ve reviewed dozens of VPNs and ExpressVPN tops our list as the best VPN for Android. It also has a policy of not storing any detailed user logs; that’s unlike free VPNs which regularly engage in unethical data capture and mining.

BEST VPN FOR ANDROID PRIVACY:ExpressVPN is our #1 Choice. With a vast server network that is optimized for high-speed connections, it’s perfect for Android devices. User-friendly apps for all operating systems. Hard to beat on privacy and security. There is a 30-day money-back guarantee so you can try it risk-free. 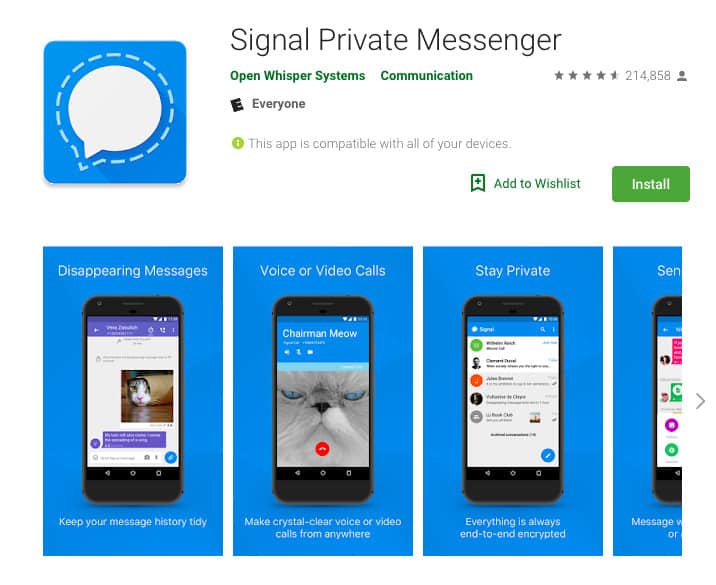 End-to-end encryption is now somewhat of a default standard across messaging apps with the likes of WhatsApp and LINE catching on. But privacy enthusiasts can do better than WhatsApp; it’s owned by the data-hungry leviathan Facebook and rumors of a backdoor continue to persist.

Signal Private Messenger by Open Whisper Systems is a messaging service with a strong focus on privacy. With an open-source code and end-to-end encryption for all messages, it has become a favorite with privacy enthusiasts. Being open-source means it’s possible for anyone to verify its security by auditing the code.

In addition to using peer-reviewed cryptographic protocols, Signal keeps your information safe by storing no logs. There’s no retention of metadata, such as lists of members, group icons, or names. These are all examples of data that may be tracked by other messaging apps. 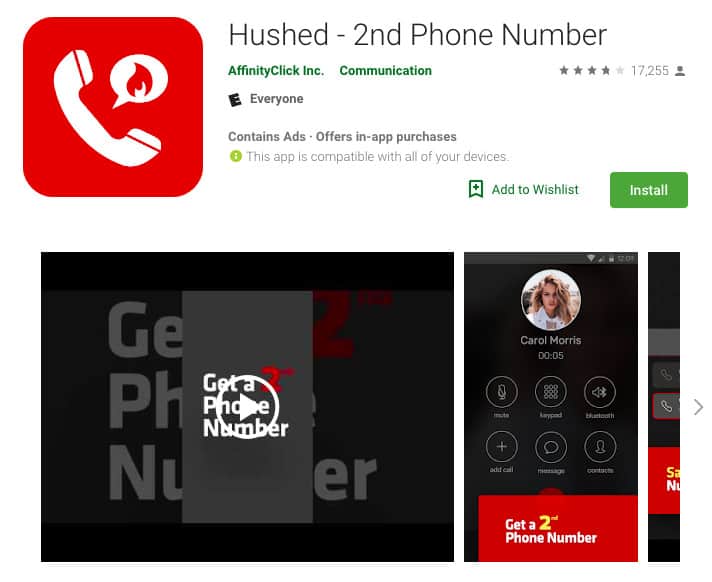 Millennials might tend to forget that their smartphones actually double up as phones too where voice calls are initiated over wireless telecommunication networks and not just WhatsApp. Having said that, it’s a pain when you hand out your phone number to a sales rep and are then inundated with sales calls.

Hushed enables you to create burner (temporary) phone numbers so your real one will remain hidden. It’s perfect for when you’re posting an advertisement on Craigslist or filling out a webform. It can also be handy for creating alternate caller IDs, managing multiple lines for personal and business use, and eliminating the need to carry a second phone. 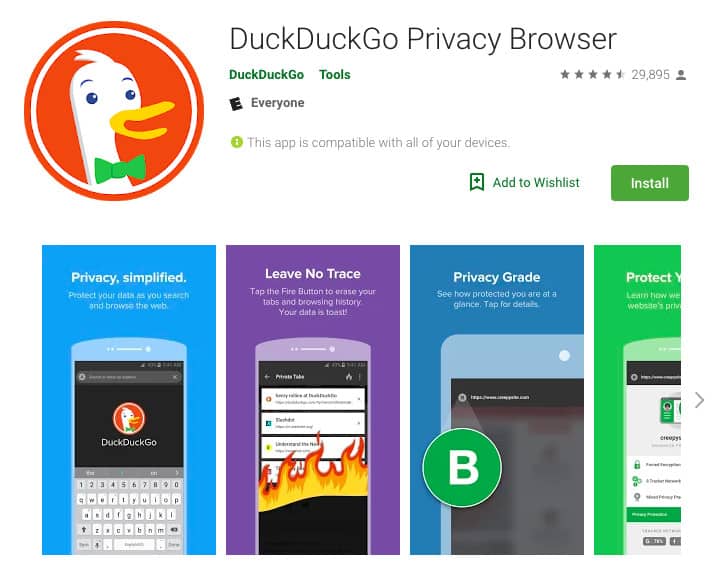 Google is an incredible tool and without it we’d be worse off, but it does ingest a prodigious amount of individual data. That’s what allows it to deliver those pesky retargeting advertisements every time we visit a website or track our daily commute for better travel recommendations. Of course, some of Google’s policies are downright invasive and many users sign up without understanding that they’re pretty much agreeing to incessant monitoring of their digital footprints.

An alternative search engine is DuckDuckGo which stores no data and goes out of its way to scrub any information that websites or apps may be holding about you. Its privacy protection features block advertising networks from tracking you to the effect that you’re essentially tracking who’s trying to track you. It also tries to compel sites to use an encrypted connection whenever available, although we maintain that a VPN should be your first recourse in that area. 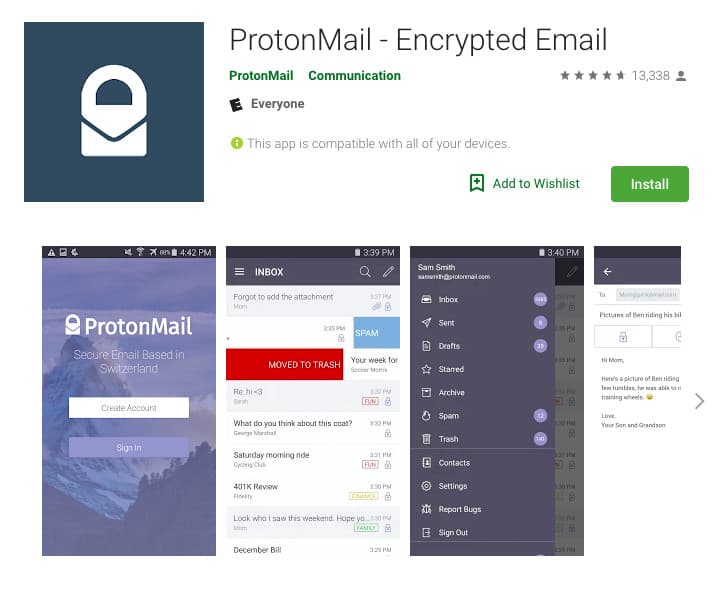 Google’s invasive tracking features don’t just extend to search. Algorithms are at work within Gmail too, so that Google can serve more highly targeted ads and tailored recommendations. But the most worrying part about Gmail and many other popular email providers is that they’re not end-to-end encrypted.

ProtonMail is a far more secure alternative to Gmail and its peers. It was engineered by scientists at CERN and remains open source so that its code can be audited whenever needed.

The app enables you to send password-protected emails and messages that self-destruct after a certain timeframe. Since all messages are encrypted, even the company cannot figure out the content of your communications. 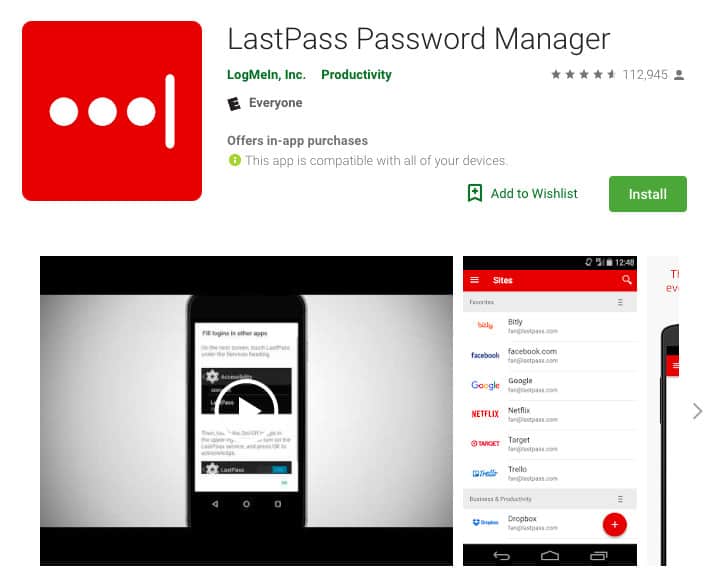 We have a tendency of using the same password across multiple sites and apps. After all, constantly generating new ones is a pain and the process of recovery can be quite cumbersome. But the problem with this approach is that it leaves you susceptible to an egregious hack; one compromised password means all your social media and email accounts are at risk.

LastPass doubles up as a password manager and generator that stores your personal information in a secure vault. It can even be set up to automatically change passwords from time to time. 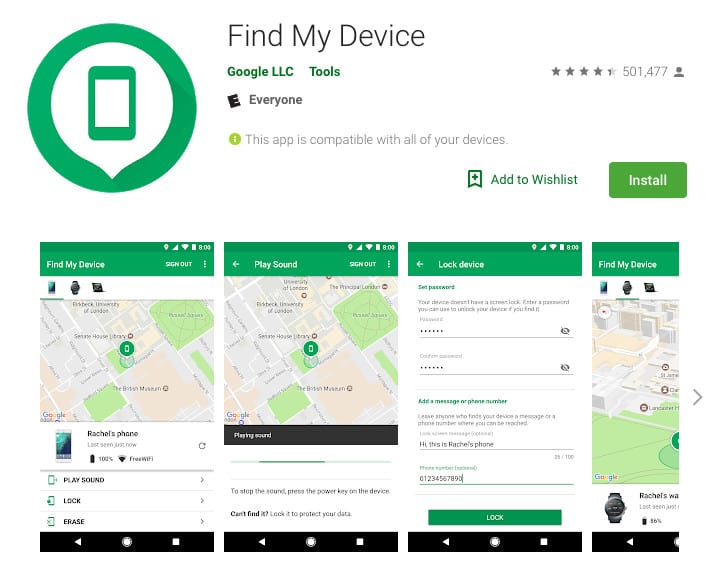 Find My Device is a proprietary app from Google and works in a similar vein to Find My iPhone. It helps by locating your Android device when lost, or disabling it if you think it has been stolen. You can set it up to view location information, as well as play a sound in case it’s within earshot.

If the phone is lost, you can use the app to leave a callback number on the screen. So if a good samaritan comes across it, they’ll have no trouble returning it to you. 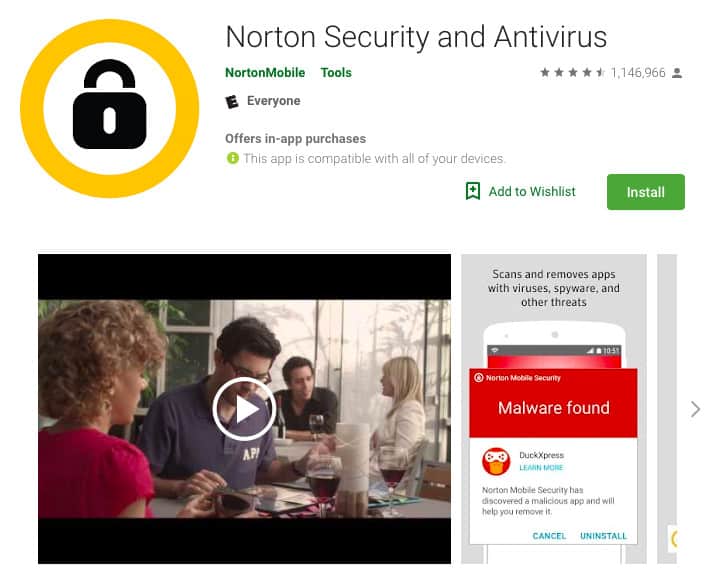 Antivirus apps aren’t just for securing privacy. They also have the capability of detecting and removing malware and spyware that’ll potentially lock you out of your phone in the future or spy on your data.

Norton’s a well-known name in the antivirus industry and its Android app comes packed with a bunch of great features. Other than providing routine scanning of your device, it also enables users to block unwanted calls and text messages, remotely lock devices, and locate the device on a map if lost or stolen. 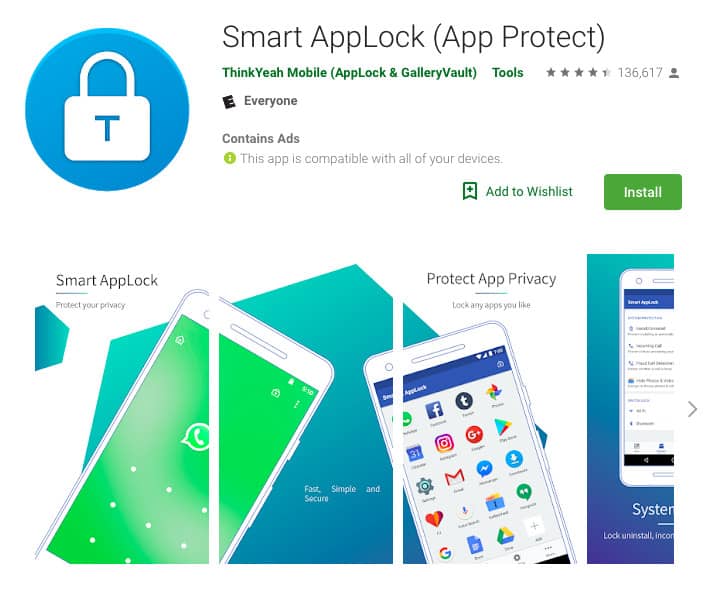 Swipe patterns and numeric pin codes only serve to lock the front screen of our phones. After that, individual apps and folders can be accessed with a tap of our finger. That’s not great for security or practicality. For example, you might need to hand your phone to someone to view a document but would feel uncomfortable with them sifting through personal data. Or you might allow your kids to play games on your phone but don’t want them accessing certain applications.

Smart AppLock enables you to alter permission settings for individual apps on your phone. This means a third-party can’t open your WhatsApp, Facebook, or Twitter apps unless they input another password.

Other than these apps, it’s also recommended that you follow prudent security principles. These include strong alphanumeric passwords, disabling lock screen notifications, and trying to limit individual app permissions. Privacy is something you’ll have to constantly strive for.