How to Live Stream the Olympics From Anywhere 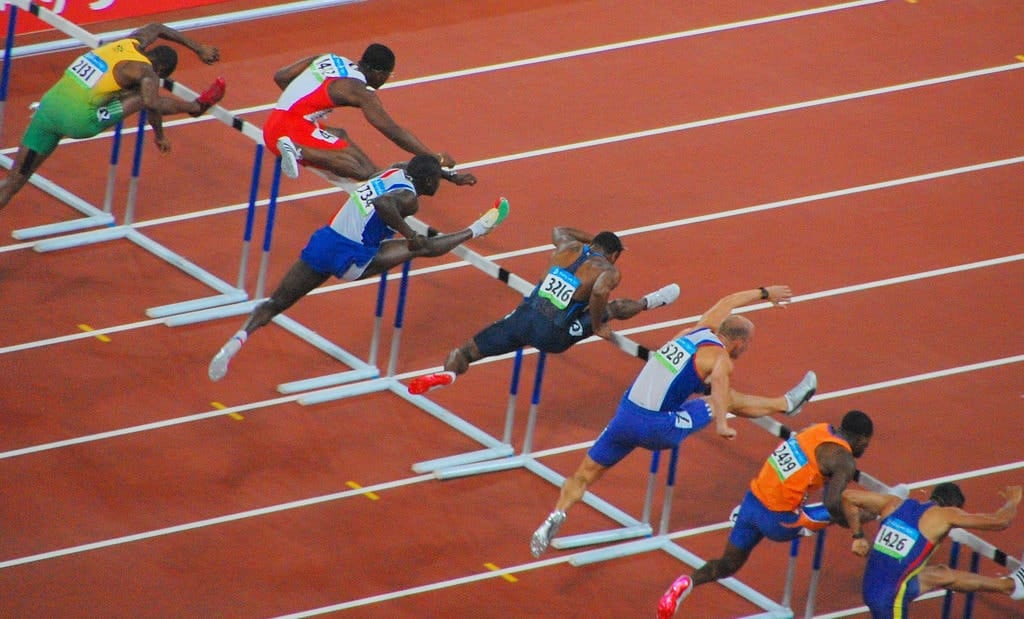 The Olympics always proves to be the biggest sporting event of the year, and the 2016 Games in Rio are no exception. The biennial competition summons the world’s best athletes to one location in order to distinguish the good from the great in a series of friendly matchups. And with so many contests over the next two weeks pitting country versus country, it should come as no surprise that there are (literally) hundreds of ways to watch!

Cut the Cord and Watch the Olympics Online

Over the course of 17 days, more than 10,000 athletes from 206 nations will participate in over 300 Olympic events. That’s a lot of contests for any single network to broadcast, and likely, many events won’t even make it to air. Fortunately in the era of the live stream, it isn’t a matter of if you can watch that niche table tennis event, it’s simply where.

Long gone are the days where a satellite subscription is a requirement for watching the games. And with 24-hour live streams available ‘round the world, you’re no longer at the mercy of your local Olympic coverage.

How to Live Stream the 2016 Summer Olympics

While VPNs are widely recognized as security products, they also double as the perfect streaming companion for the Olympics. Instead of watching the Games in Rio on your local stream’s schedule, you have the ability to live stream virtually every event from every broadcast. Something first and secure like IPVanish is a good choice.

Streaming the Olympics live without a VPN: 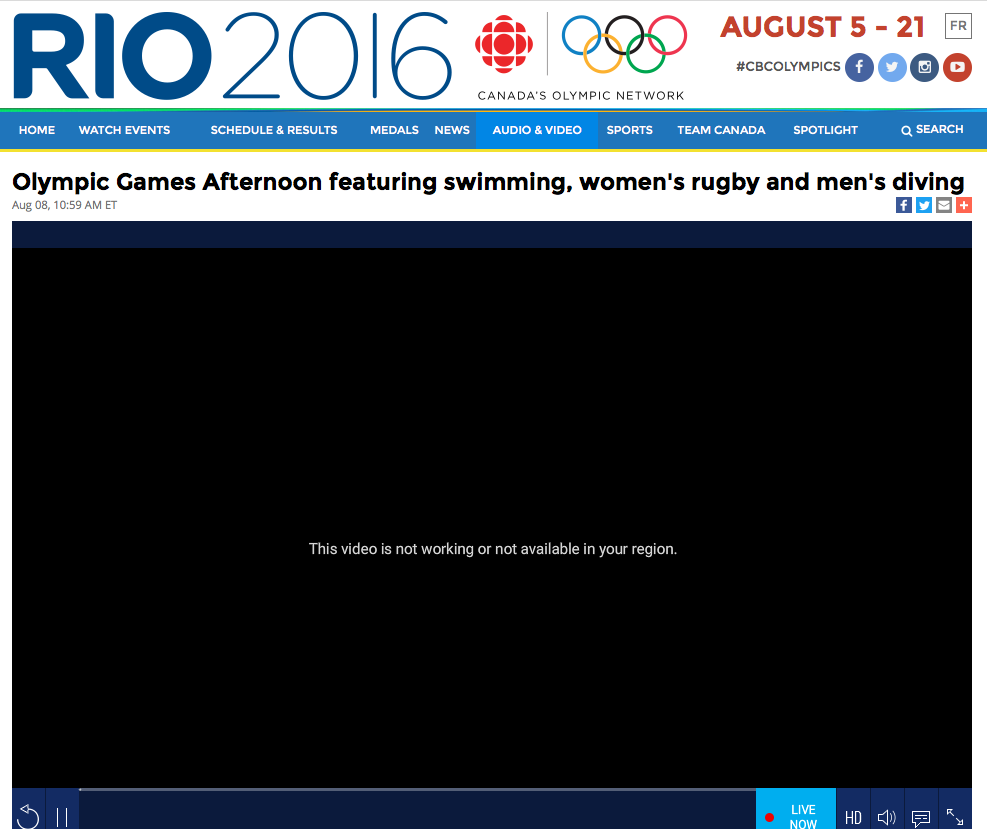 Streaming the Olympics live with a VPN: 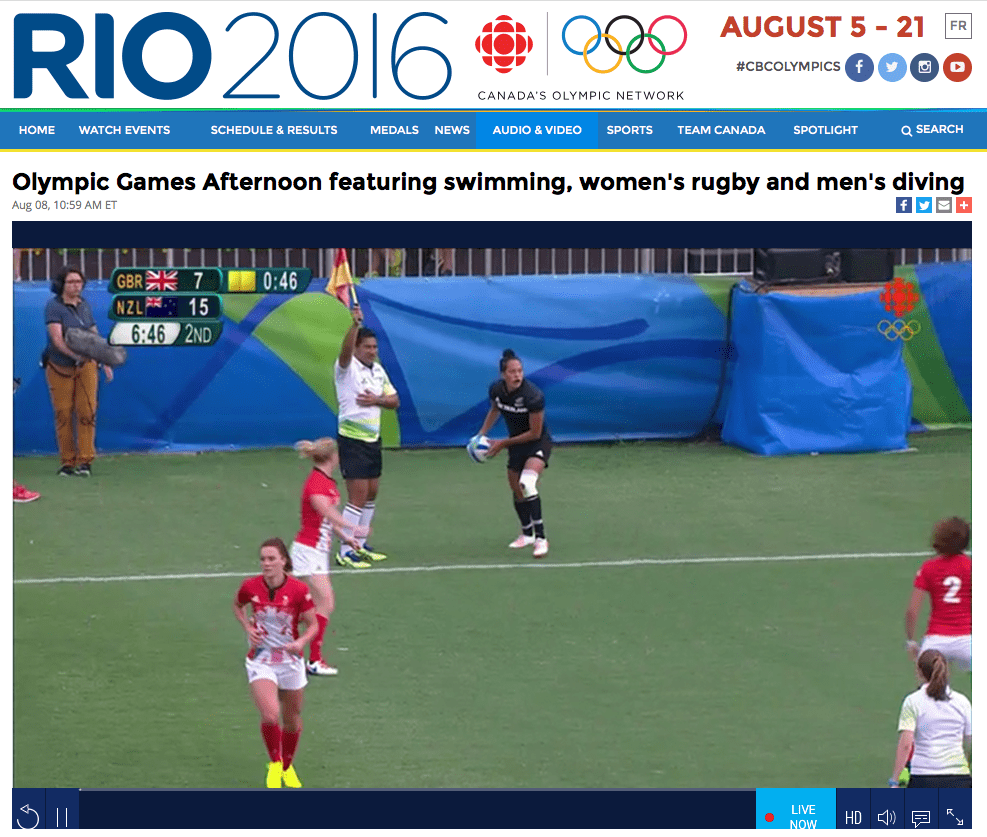 Every single one of the 2016 Summer Olympics broadcasters get their content from the same source. It’s true, the Olympic Broadcasting Services — an official agency of the IOC — is the single provider of Olympic video footage that is then distributed by each individual broadcast company. But in localizing their media, individual broadcasters tend to pass on airing events that their nation is not competing in.

Take Ireland for example: since the European nation’s Rugby 7s team did not qualify for the Games in Rio, the events aren’t airing on RTÉ’s broadcast. Similarly, Michael Phelps fans in the United Kingdom will have difficulty watching some of the Men’s Swimming events because few British athletes qualified.

Fortunately, all of the Olympic events can be streamed live online and it only takes three steps to do it:

Don’t see what you’re looking for? Check out this master list of 2016 Summer Olympics Broadcasters on Wikipedia.

How Does VPN Live Streaming Work?

A VPN (Virtual Private Network) is a safe and secure connection to a faraway server in which the information that is transported through the connection is encrypted. During this process, your IP address is hidden and virtually replaced with an IP address from the region the remote server is located.

In masking your ISP-issued IP address with an IP from another country, your ability to access content from other nations expands. This technique is also employed to bypass online censorship and corporate firewalls.

Use a VPN like IPVanish to secure your device’s internet connection and stream any event from any country around the world. Whether you’re an expat rooting for your homeland, or you’re dying to catch every equestrian event, no matter who is competing, the best way to make the most of this year’s Olympic Games in Rio is to use a VPN.

SmartDNS: The Alternative to VPN Streaming

If you’re less interested in the privacy protections that a VPN service can offer, but you still want Olympic-size streaming options, than maybe SmartDNS is more your style. Unlike VPNs, a SmartDNS service like OverPlay does not have any encryption properties to keep your information private. But the lack of encryption is made up for in high-speed connections and near-universal compatibility. While VPN services require software applications in order to run efficiently, SmartDNS requires a simple change in your network settings. SmartDNS can run on nearly any internet-connected device, whether it’s a streaming stick, game console, tablet, Smart TV, or anything of the like.