How to watch Chicago PD season 9 online from anywhere 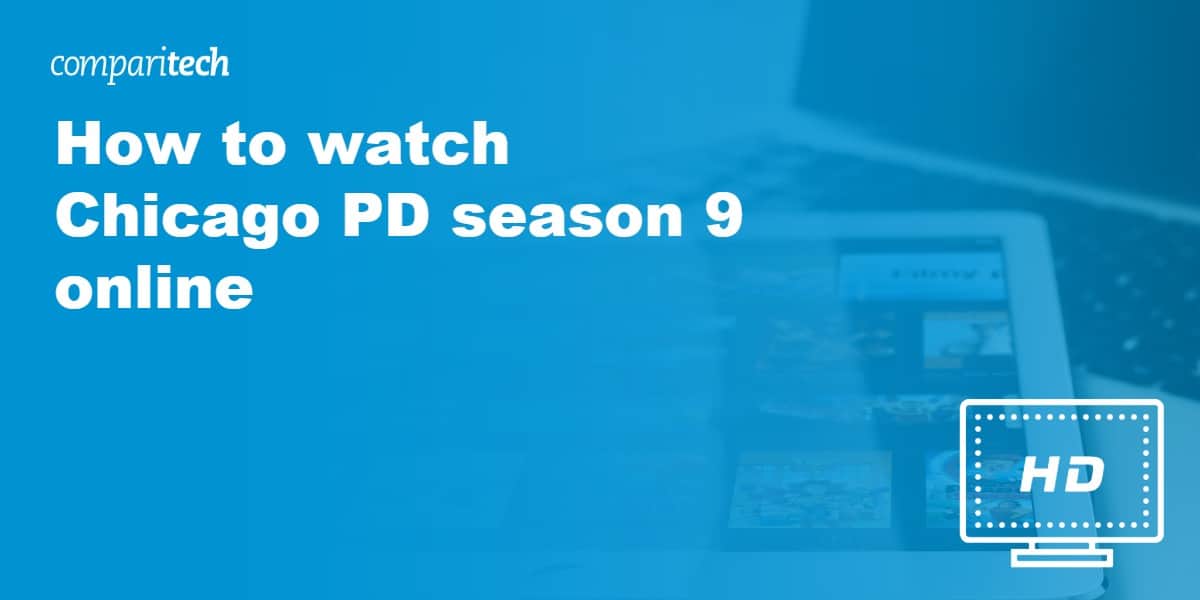 Season nine of Chicago PD will return at 22:00 ET (19:00 PT) on January 5. We saw some pretty significant changes to the show’s plotlines and cast throughout the first half, but with at least another season on the way, fans can rest assured that there’s plenty left to look forward to. Best of all, you can watch the remainder of season 9 online for free; read on to find out how.

It’s worth mentioning that we’ll only be recommending official sources for watching Chicago PD. This show is hugely popular, so it’s likely that unauthorized sources will be available. However, these generally offer an inferior experience, with low-resolution video and unreliable streams. Luckily, you can watch the new series of Chicago PD for free, so there’s really no need to resort to shady unofficial sources.

Chicago PD will only be broadcast on geo-restricted streaming services. As such, you’ll need a Virtual Private Network (VPN) to watch it on your usual home services if you’re currently traveling outside of the US.

New to VPNs and not sure how to get started streaming Chicago PD? It’s much less difficult than you might think.

Here’s how to watch Chicago PD season 9 online, from anywhere:

Chicago PD will be broadcast live, so it’s a good idea to spend some time making sure your VPN works as expected ahead of the premiere. This way, you’ll have plenty of time to get help with any technical issues and won’t have to miss the start of the new season.

NordVPN is offering a fully-featured risk-free 30-day trial if you sign up at this page. You can use the VPN rated #1 for NBC with no restrictions for a month—great if you want to stream Chicago PD during your travels abroad.

How to stream Chicago PD for free on US TV

There are a couple of ways to watch Chicago PD season 9 online. Your first (and likely best) option is NBC: if you have a cable subscription or an account with a supported streaming service (Hulu, fuboTV, YouTube TV, or Sling TV), you’ll be able to watch new episodes live.

Alternatively, you can just wait until the following day, since Peacock allows you to stream all nine seasons, plus new episodes on-demand, completely free.

The streaming platforms above are all region-locked. This means that if you’re outside of the US at the moment, you’ll need a VPN to be able to use them. NordVPN offers a 30-day money-back guarantee, meaning you can try it out completely risk-free and simply claim a refund if it fails to impress.

Where else can I watch Chicago PD?

This show has fans all over the world, so it’s no surprise that the latest season is being broadcast internationally. Here’s how to stream Chicago PD wherever you are:

Chicago PD usually airs on Sky and things are no different this time around. It’ll be broadcast live on Sky Witness from 22:00 GMT on January 14, with subscribers able to watch online via the Sky Go app.

The last two seasons are available on Now TV, so it’s almost certain that British fans will be able to stream season 9 without cable as well. Now TV’s Entertainment pass costs £9.99 per month and offers a seven-day trial.

Unfortunately, it’s not cheap to stream the show from the beginning. Fans have to purchase seasons 1–8 on Amazon Prime Video (or similar video rental platforms) for around £14.49 each.

Sky Go and Now TV are both geo-restricted. If you’re traveling outside of the UK, you’ll have to connect to a British VPN server to use them.

The good news is that Australian fans can watch the first four seasons of Chicago PD for free on 9Now. Amazon Prime Video and Binge both have these seasons as well, but these services cost $6.99 and $10 AUD per month, respectively.

Unfortunately, the only way to stream later seasons is to buy them on iTunes, the Microsoft Store, or similar platforms (usually for around $34.99 each). To make matters worse, there are no details on when we can expect to see season 9 arrive.

Amazon Prime Video changes its content based on your location. This means that if you’re not in Australia, you may not be able to stream Chicago PD. However, you should be able to access the Australian library from anywhere by connecting to a VPN.

From January 5, CityTV will be showing new episodes at 22:00 ET  — the same time that they’re broadcast in the US. You can access the free-to-air live stream but will need a cable TV subscription to watch on-demand. CityTV currently has seasons 6, 7, 8, and the first half of 9 available too. Meanwhile, Amazon Prime Video and Ici tou.tv both have the first four seasons available.

These platforms are geo-restricted, but you can access them as normal while traveling by connecting to a Canadian VPN server.

What should we expect from the ninth season of Chicago PD?

Corruption looks to be a major theme of the upcoming season, which should come as no surprise to anyone who saw the season 8 finale. We also know that the second episode will be a crossover between Chicago Fire and Chicago Med, so presumably some kind of major emergency happens.