Interested in streaming the Harry Potter 20th anniversary special online? We’ll explain how to watch Return to Hogwarts for free, plus give you all the details on what to expect.
Ian Garland Streaming, Kodi and VPN Expert 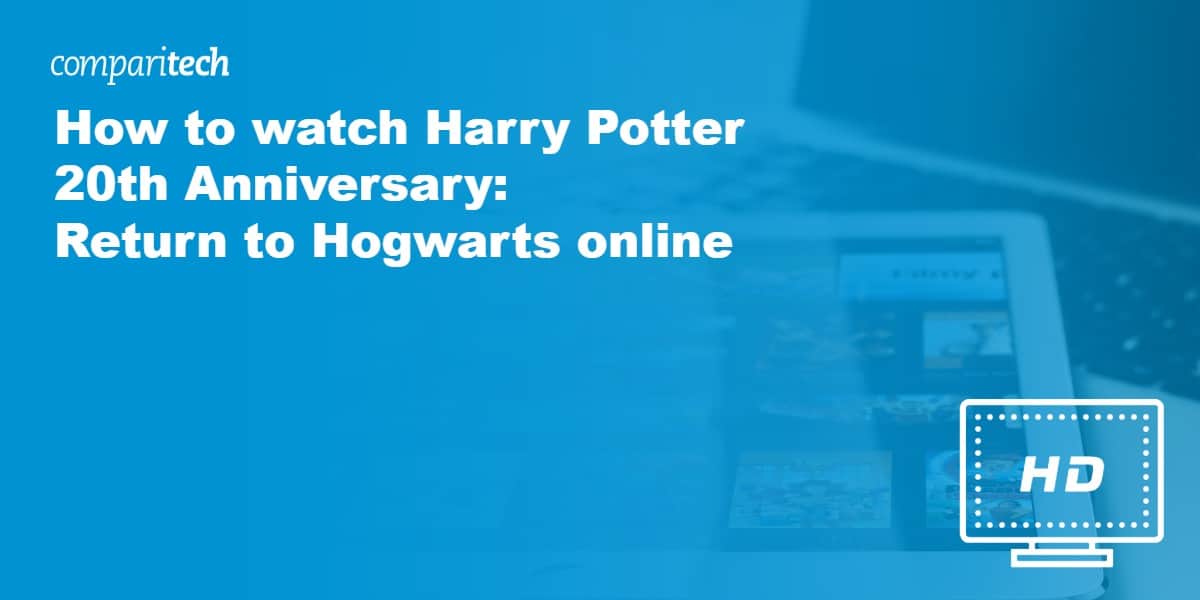 It’s been two decades since the first Harry Potter movie graced our screens. There’s no denying that the fandom has had its ups and downs during this time, but this festive season, the series’ stars have gathered together for a special 20th anniversary reunion. It’s titled Return to Hogwarts and will be available on New Year’s Day in most of the world. However, there’s a different broadcaster in almost every country, but we’re about to let you know which one is showing the Harry Potter reunion where you are.

Before we begin, it’s important to note that we’re only recommending official sources. Return to Hogwarts will have legitimate broadcasters in several countries, and many of these offer a free trial. In other words, there’s no point resorting to shady third-party streams with poor-quality video and a bad habit of being taken offline for copyright infringement.

Harry Potter: Return to Hogwarts will only be available on geo-restricted streaming services. This means that if you’re traveling abroad, you’ll need a Virtual Private Network (VPN) to watch via your usual services.

How to stream Return to Hogwarts online from abroad

VPNs encrypt your data, hiding it from prying eyes, before routing it through a server somewhere else in the world. This helps conceal your true location, but can also be used to regain access to your favorite streaming services while traveling abroad.

Here’s how to stream Return to Hogwarts online from anywhere:

NordVPN offers a fully-featured risk-free 30-day trial if you sign up at this page. You can use the VPN rated #1 for streaming Return to Hogwarts with no restrictions for a full month. This makes it easy to watch the Harry Potter anniversary show during a trip abroad.

How to watch Harry Potter: Return to Hogwarts online on US TV

HBO Max is the official US broadcaster for Return to Hogwarts. This shouldn’t really come as much of a surprise given it was the platform behind the Friends and Fresh Prince of Bel-Air reunions. Unfortunately, this service doesn’t offer a free trial anymore, so American viewers will have to pay $10 monthly for an ad-supported plan or $15 per month to watch without ads.

The good news is that HBO Max currently offers all eight of the main Harry Potter movies as well, although not the Fantastic Beasts movies (you’ll have to purchase these on platforms like Amazon Prime Video).

HBO Max is available in a few countries but only showing Return to Hogwarts in the US. To watch it from outside of the US, you can just use an American VPN server. NordVPN has a 30-day money-back guarantee that’ll let you try it out risk-free and claim a full refund if you’re in any way unsatisfied.

Where else can I watch the Harry Potter reunion online?

This anniversary special will see a simultaneous release across several English-speaking countries, so fans won’t have to wait for too long. Take a look below to find out where to watch Harry Potter: Return to Hogwarts where you are:

The only place you can stream the Harry Potter reunion is on Crave. Usually, this would set you back CAD $9.99 ($7.72) per month but there’s a seven-day trial included. This means you can stream Harry Potter: Return to Hogwarts for free, provided you remember to cancel in time. Feeling nostalgic? All eight original movies are on here too, but you’ll have to rent the Fantastic Beasts films from video-on-demand platforms.

Crave is normally only available in Canada but VPN users can simply connect to a Canadian server and access the service as usual from anywhere.

Don’t worry, though: it’s also possible to watch Return to Hogwarts without cable. You just have to sign up for a Now TV Entertainment Pass; these are £9.99 per month but come with a seven-day free trial so if you’re a new customer, you can watch the reunion for free. The Harry Potter movie series isn’t available unless you have a Cinema Pass (which also costs GBP£9.99/$13.23 per month), but thankfully, these too come with a free trial.

Both of these services are region-locked. However, if you use a British VPN server, you can continue using them on a trip abroad.

Foxtel holds the rights to this anniversary special in Australia. If you’re already a Foxtel TV customer, you’re free to watch using the Foxtel Go app. Alternatively, you can create a Binge account. Prices start at AUD$10 ($7.13) per month, but you won’t be billed until after a two-week free trial. This platform also lets you watch every Harry Potter and Fantastic Beasts film, so it’s a great way to refresh your memory ahead of the reunion.

Binge and Foxtel are both geo-restricted, so you’ll need a VPN to access them from outside of Australia.

What do we know about the Harry Potter reunion special?

There is a trailer for the Harry Potter reunion but it doesn’t really give us much to go on. We do know that the special will assemble huge swathes of the main cast, and that they’ll be discussing their experiences behind-the-scenes on some of the biggest movies of the early 2000’s. We also know that series creator J.K. Rowling won’t be in attendance, likely because her stance on trans issues has alienated a large part of her fanbase in recent years. Here are some of the main cast who are confirmed to be attending the 20th anniversary reunion: