How to watch The L Word: Generation Q Season 2 online 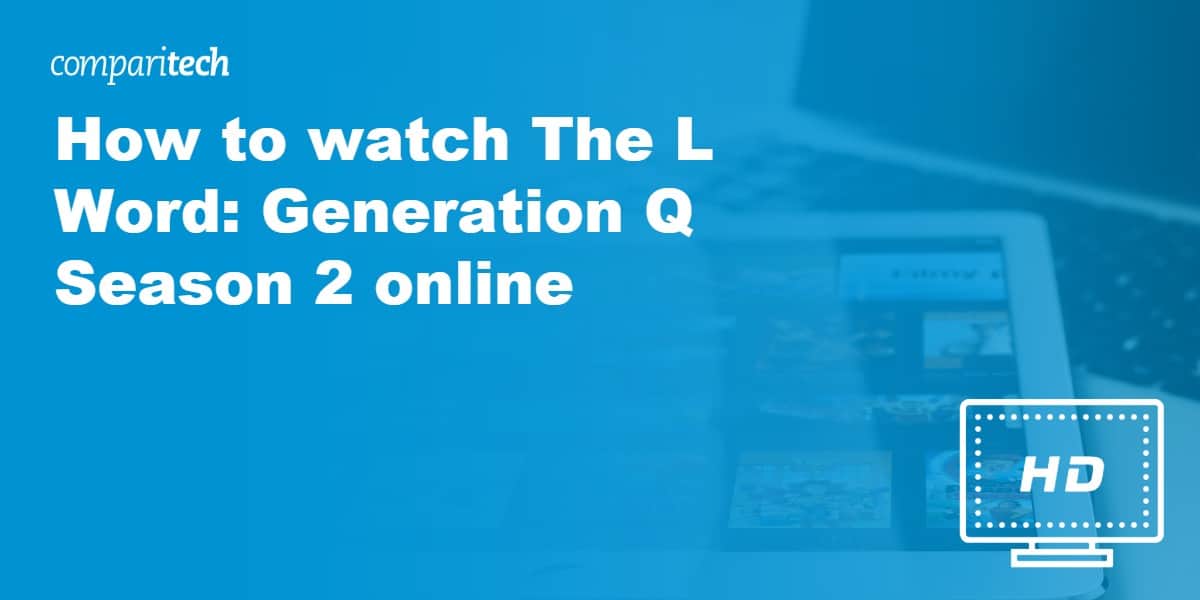 It’s been almost two years since the first season of Generation Q was released, but fans will finally be able to reunite with their favorite characters on August 8. New episodes will air at 10 PM EST/PST every Sunday, switching to Mondays at 9 PM halfway through the season. All in all, there are 10 episodes scheduled, with the finale set for October 11. Ready to find out where you can live stream The L Word: Generation Q season 2 online? Just take a look below!

While you may be able to find unofficial sources for watching the new season online, we strongly advise sticking to official broadcasters. These guarantee the best possible quality and can’t be taken offline for violating copyright. With plenty of ways to watch (and a workaround that lets you stream The L Word: Generation Q for free), there’s no need for shady streams.

The L Word will only air on region-locked streaming platforms. This means that if you’re traveling abroad, you’ll need a Virtual Private Network (VPN) to unblock the services you’d usually use back home.

How to stream The L Word online from abroad

VPNs are usually used to improve your digital privacy and prevent snoopers from seeing what you do online. That said, they’re also capable of making it seem like you’re browsing the web from a different country. This lets you unblock geo-restricted services (such as those showing The L Word: Generation Q) even if you’re traveling outside of your home country.

Here’s how to watch The L Word: Generation Q online from anywhere:

Remember: new episodes of The L Word will be shown live. To avoid missing out, we recommend taking the time to make sure your VPN works properly ahead of the premiere. Most major VPN providers offer 24/7 support, making it quick and easy to get help with any issues.

NordVPN offers a fully-featured risk-free 30-day trial if you sign up at this page. You can use the VPN rated #1 for streaming The L Word: Generation Q with no restrictions for a full month. This is perfect for travelers looking to watch the latest episode during a trip abroad.

How to watch The L Word: Generation Q online on US TV

The easiest way for most people to watch Generation Q season 2 is to sign up for Showtime. This comes with a 30-day free trial, after which it costs $10.99 USD per month. Becoming a Showtime subscriber directly has another benefit: you’ll get access to the first episode on August 6, two days before it officially premieres.

Of course, there are plenty of other services that’ll let you stream Showtime online. These include YouTube TV (14-day trial, usually $64.99 per month) and fuboTV (one-week trial, otherwise $64.99 per month). Additionally, Sling TV, Hulu, and Amazon Prime Video let you add Showtime for an extra $10.99 per month.

Notably, most of these services have a free trial. If you’re willing to switch between them, canceling each before you’re charged, you can stream almost the entire season for free. Other than YouTube TV and Amazon Prime Video, they all carry the first season as well, so you can catch up before the second begins.

Unfortunately, all of these services are geo-blocked. If you’re outside of the US, you either won’t be able to use them, or their content may be vastly different. Of course, using a VPN can help you avoid these restrictions. NordVPN comes with a 30-day money-back guarantee, letting you try it out risk-free and claim a refund if it fails to meet your expectations.

Where else can I watch The L Word: Generation Q online?

Not in the US but still want to watch Generation Q’s second season online? That’s no problem since there are confirmed broadcasters in a couple of other countries. Take a look below to find out how to watch The L Word: Generation Q where you are:

Streaming The L Word is nice and simple in Canada. The first episode of Generation Q season 2 will arrive on Crave on August 8, at the same time it’s being shown in the US. If you have cable TV, there’s a good chance you’ll be able to sign in and watch online at no added cost.

If not, you can subscribe to Crave directly too; this show is included in the base subscription, which costs $9.99 CAD per month following a seven-day trial. Not quite up to date with The L Word: Generation Q? No problem: Crave’s library also has the entire first season.

Crave is only available in Canada. That said, you can unblock it and watch from anywhere using a VPN.

If you’re in Australia, you can stream the first season on Stan. You might want to hurry, though, since the first episode of season two is arriving on August 7, day and date with the US release. Stan plans start at $9.99 AUD per month, and come with a 30-day free trial. In other words, if you can wait until mid-September, you can just sign up, stream every episode, and cancel to avoid being charged.

Stan is geo-restricted and usually won’t work outside of Australia. However, it’s possible to use this service as normal abroad by connecting to an Australian VPN server.

At the moment, there’s no confirmed UK release date for season two of Generation Q. However, the first arrived on Sky Atlantic just a couple of months after its US release, and there’s no reason to think anything different will happen this time around.

If it does come to Sky Atlantic, existing subscribers will be able to stream new episodes live via the Sky Go app, without paying anything extra. Don’t have Sky TV? That’s no problem since Sky Atlantic shows appear on Now TV shortly after they finish airing. The Entertainment pass costs £9.99 after a seven-day trial and grants access to the complete first season as well.

Sky Go and Now TV are both region-locked, so you’ll need a VPN to use them from outside of the UK.

What do we know about The L Word: Generation Q season 2?

Showtime’s official season 2 trailer doesn’t give very much away, but suffice to say, there’ll be plenty of relationship drama. Sophie, for instance, will have to decide whether she’s going to commit to Finlay or move ahead with Dani. Meanwhile, Bette is taking a break from politics and is looking for love while Alice pushes into the world of publishing with Tom, her editor.

Who stars in the second season of The L Word: Generation Q?

Thankfully, all of the main cast will be reprising their roles! That said, there are a few new additions to the cast, all of whom are extremely recognizable. Here’s a quick rundown of the cast of The L Word: Generation Q season 2: