How to watch the People’s Choice Awards 2022 online 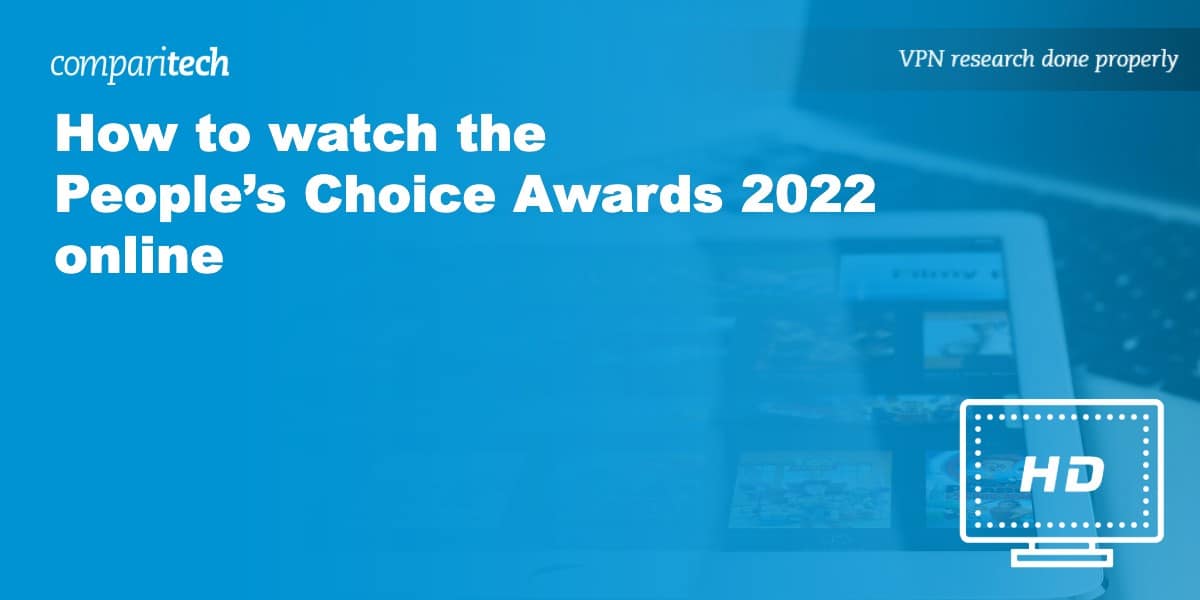 It’s that time of year again! The People’s Choice Awards is back and will air on Tuesday, December 6 at 9 PM EST (6 PM PST). This will be the awards show’s 48th installment — that’s a lot of awards! As the name suggests, awards are determined by the public. The online vote covers some 40 categories for film, TV, and music. Don’t want to miss it? Depending on your location, you may need a Virtual Private Network (VPN) to watch online.

We’ll only be covering the official sources for watching the People’s Choice Awards 2022 online. Unauthorized streams are more trouble than they’re worth. Many will be pulled offline for violating copyright, leaving you in the lurch. They’re also of far inferior quality with low resolution and lag interrupting your viewing experience. Fortunately, you won’t have these issues with the official streaming sources listed in this post.

The 2022 People’s Choice Awards is only available to stream on region-locked platforms. If you happen to be abroad at the time of the event, you’ll need to connect to a VPN in order to stream it via your usual home streaming service.

You can use a VPN to connect to a server in your home country. This changes your IP address and spoofs your location so you can unblock and stream the People’s Choice Awards from abroad without restriction.

Here’s how to stream the People’s Choice Awards 2022from abroad using a VPN:

The People’s Choice Awards will air live on E! and NBC. Testing your VPN with your preferred option in advance can potentially save you from missing out. If you do encounter an issue, you’ll then have time to troubleshoot it with your VPN’s customer support.

NordVPN is offering a fully featured risk-free 30-day trial if you sign up at this page. You can use the VPN rated #1 for watching the People’s Choice Awards with no restrictions for a month. This is ideal if you’re only abroad for a few weeks.

The People’s Choice Awards 2022 will be available to stream on E! and NBC. Already got a cable TV subscription that includes these channels? In that case, all you need to do is sign in via either channel’s official website or app using your TV provider login credentials. Content should then be unblocked and available to stream as normal.

Fortunately, there’s also a way to watch both E! and NBC cable free. To do this, you’ll need to sign up with one of the following TV streaming services: FuboTV ($69.99 USD/month), Hulu with Live TV ($69.99/month), Sling TV ($40/month), or YouTube TV ($64.99/month). Some of these options include free trials, allowing you to watch the 2022 People’s Choice Awards online for free.

What should I know about the People’s Choice Awards?

The People’s Choice Awards has been held annually since 1975. Winners have been determined via online voting since 2005. To date, Ellen DeGeneres has received the most People’s Choice Awards (20). As in 2021, Kenan Thompson will host the event, which takes place at the Barker Hangar in Santa Monica, California.

In this year’s People’s Choice Awards, Nope leads the Film categories with a total of six nominations, closely followed by Bullet Train, Top Gun: Maverick, and The Adam Project, all of which have five nominations. This Is Us has six in the Television categories. The Music categories are led by Bad Bunny, who has received seven nominations in all.