How to watch Top Gear America season 2 online from anywhere 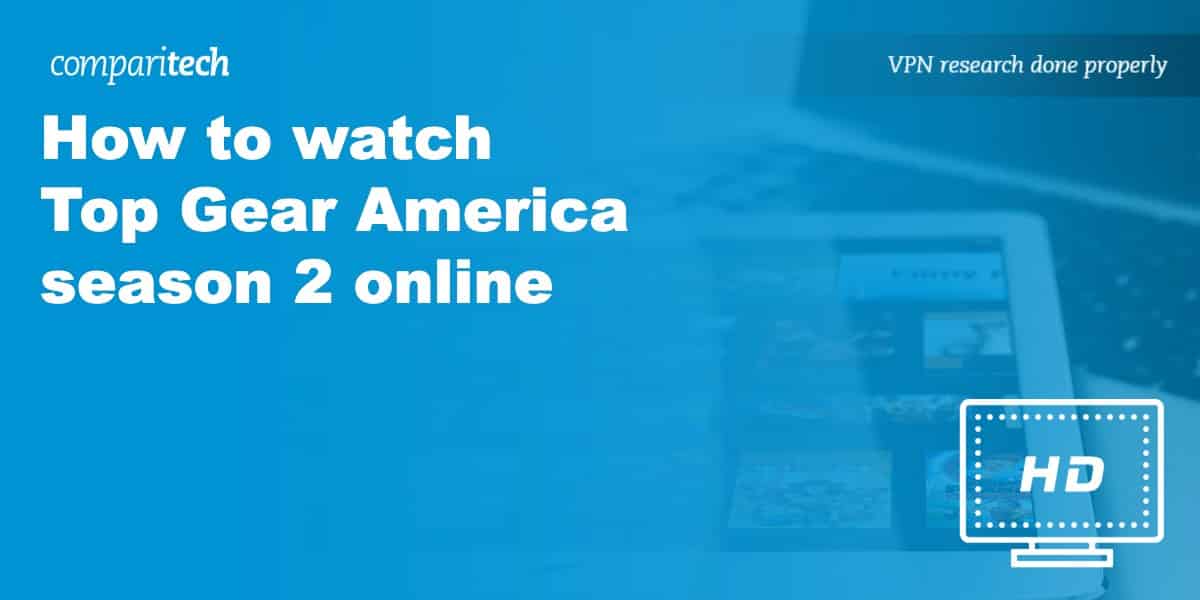 Top Gear has had a bit of an inconsistent release schedule in the US, but hopefully, that should now be over. Just one year after the first (rebooted) season aired, we have another one to get stuck into. In fact, fans have twice as much to look forward to, new episodes every week from July 1. Interested? Take a look below to find out how to stream Top Gear America season two online. We’ll even let you know how to keep watching during your travels abroad!

First off, we’ll never recommend unofficial sources. Not only do these come with legal and ethical problems, they’re inherently unreliable and often significantly lower quality than the original broadcast. The good news is that there is an affordable way to stream Top Gear America legitimately, and if you’re patient enough, you can even watch it for free.

This show will only air on geo-blocked streaming services. If you’re traveling outside of the US, you’ll need a Virtual Private Network (VPN) to keep watching on your usual services.

How to stream Top Gear America online from abroad

VPNs are privacy-enhancing tools that encrypt your internet traffic, preventing it from being read by hackers or your ISP. They also allow you to make it appear as though you’re browsing from another location, which can help you regain access to your favorite services abroad.

Here’s how to watch Top Gear America from anywhere:

NordVPN offers a fully-featured risk-free 30-day trial if you sign up at this page. You can use the VPN rated #1 for streaming Top Gear with no restrictions for a full month. In other words, it’s perfect for catching new episodes while traveling abroad.

How to watch Top Gear America online on US TV

Top Gear America season 2 will be exclusive to a little-known service called Motor Trend+. This costs $4.99 USD (GBP £4.06) per month but it comes with a free seven-day trial. You can either sign up directly or add it to an existing Amazon Prime Video subscription; either way, the price is the same. Season one is on here as well, so it’s easy to catch up on older episodes.

Motor Trend+ is only available in the US. However, you can access it from anywhere by connecting to a US VPN server. NordVPN comes with a 30-day money-back guarantee, allowing you to try it risk-free and claim a full refund if you’re in any way unsatisfied.

Where else can I watch Top Gear America online?

While we don’t know exactly when (or where) the second season will be shown abroad, there are a couple of places international fans can stream Top Gear America season one:

The first season of Top Gear America is currently available on CTV. You’ll need a supported cable TV subscription to watch, though. That said, if season two does arrive on this network in the future, you’ll be able to stream the most recent episode without having to log in at all.

CTV is region-locked and won’t normally work outside of Canada. You can securely stream this channel abroad using a VPN.

All of Motor Trend’s content is available on Discovery+ in the UK. This implies (although it hasn’t been confirmed yet) that the second season of Top Gear America might arrive at some point. For now, British viewers can sign up (plans cost £3.99 per month, following a seven-day trial) and watch season one.

Discovery Plus changes its content based on your location. To keep browsing the British library abroad, you’ll need the help of a VPN.

What can we expect from Top Gear America season 2?

Well, the hosts haven’t changed. Once again, Dax Shepard, Rob Corddry, and Jethro Bovingdon will take to a variety of cars, scooters, and military vehicles for a series of challenges spanning the entirety of the US. According to Motor Trend, some of these will see the gang visiting the home of Evel Kneivel and imagining an environmentally-friendly car fit for today’s CEOs.

Initially, there was Top Gear, a British car show that began in 2002, itself a reboot of a long-forgotten 1977 series. In 2010, this made its way to the US, where it was also simply titled Top Gear. This was before internationally-available content was as common as it is now, so the odds that there would be any confusion must have seemed slim.

After six seasons, the American version of Top Gear was canceled and the rights returned to BBC America, which released a revamped version of the show in 2017—the first version known as Top Gear America. This was universally panned, despite having Prison Break’s William Fichtner as one of the hosts. Motor Trends rebooted the series in 2021.

In short, yes, there are technically already two seasons of Top Gear America out. However, these are effectively different shows, by different networks, with different hosts.