What are masquerade attacks and how to avoid them

Masquerade attacks can be difficult to detect because the attackers use valid credentials. This post takes looks at how masquerade attacks work and provides tips on how to defend against them.
Marc Dahan Specialist in online privacy 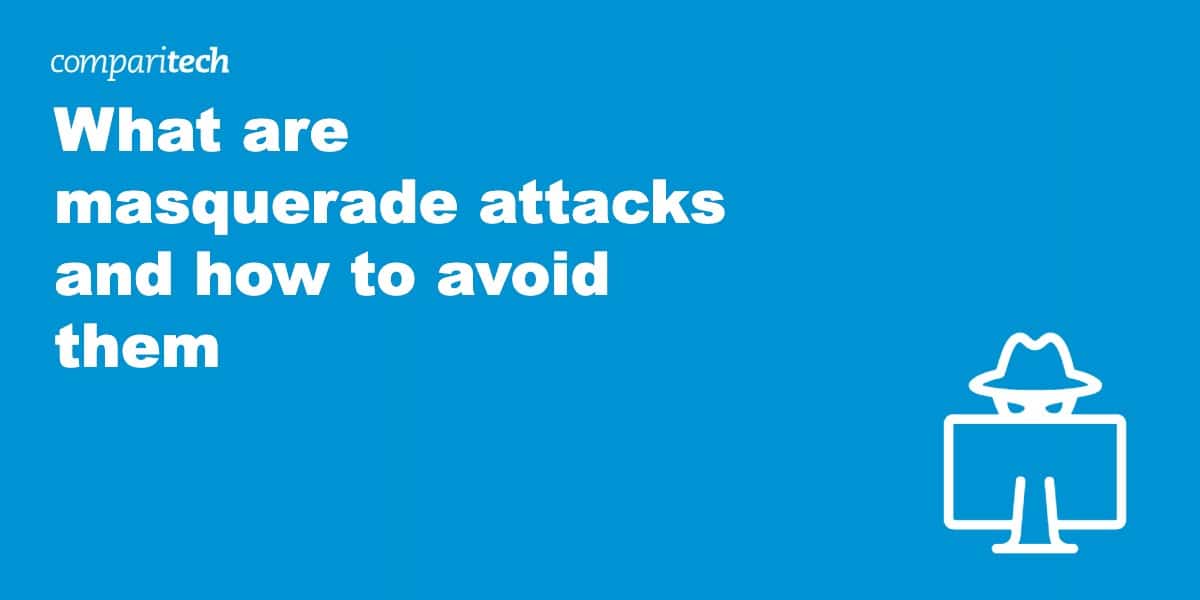 The amount of damage that masquerade attacks can create depends on the permissions level of the attacker’s authorization. If they get their hands on the System Administrator credentials, they could potentially take control of your organization’s entire infrastructure.

How do masquerade attacks work?

Because of its very nature, a masquerade attack can mean many things; attack flows come in many shapes and sizes. Below is a possible and probably quite common scenario.

The risks tied to masquerade attacks can be almost anything. That’s because the potential damage that a masquerade attack can cause depends on the permissions level of the compromised credentials (or those granted by the exploited software vulnerability). Hence, it isn’t easy to produce a detailed or complete list of consequences. It could be anything from data loss to complete network takeover and everything in between.

Remember, this list is by no means exhaustive, nor is it exclusive to masquerade attacks.

In 2019 a large phishing campaign was mounted that impersonated the United States’ tax authority, the Internal Revenue Service (IRS). The attackers targeted accounting firms and attempted to pass themselves off as the IRS by sending requested financial documents back to the tax firm.

The documents in question contained malicious macros that, when executed, would trigger the download of a Remote Access Trojan (RAT), which would funnel all of the tax information and documents stored on the victim’s computer to the attacker.

In 2013, the Target corporation fell victim to a data breach that affected over 40 million Target customers. Over 70 million records were compromised as a result of this attack.

Interestingly, in this case, attackers first compromised an employee’s credentials of Target’s Heating, Ventilation, and Air Conditioning (HVAC) contractor, Fazio Mechanical Services. They then used those credentials to log into the Target-hosted web services portal dedicated to its vendors and partners, such as Fazio Mechanical Services. From there, the attackers mounted a pass the hash attack to move up the permissions chain and were able to recover the hashes of the Active Directory administrator. They used those permissions to create a new domain administrator account and add the new account to the Domain Admins group. From there, they were able to steal the payment information of over 40 million Target customers.

How to defend against masquerade attacks

The above examples are all related to suspicious patterns of behavior. But it can be difficult for traditional IT defenses to identify what consists in suspicious behavior. After all, if the credentials allow the user to access specific files or locations, how could the security software recognize such a login as suspicious? However, we have tech available today to efficiently scan for and detect such events. AI-powered tech has made great strides recently across many industries. One of those industries is IT security. With an AI-based IDS, you can “teach” it, via machine learning, what constitutes “normal” behavior over your network. With a bit of training, it will soon be able to detect outlier behavior happening over your network.

Digital signing will prevent unauthorized software from being executed unless it is signed by a trusted entity. That can limit the damage done by a successful masquerade attack.

Limit user permissions as much as possible

You should implement the principle of least privileges and assign each user in your organization with the least amount of permissions required for them to do their work and nothing more. This will again help limit the damage done by a successful masquerade attack.

2FA is a great way to make it more difficult for malicious actors to abuse your credentials, and it may discourage many of them.

Make sure to set up strong password requirements for the users on your network. Users should not be allowed to use weak passwords. Strong passwords are your first line of defense – make sure it’s as strong as can be.

Awareness will always be your ally. Hence, security training for your staff will not only help you mitigate masquerade attacks, but many other types of attacks as well. Such training fosters more secure habits within your organization and will limit many of the risks you face every day. On top of that, your staff will be better prepared to deal with security events.

These are primarily common-sense tips that can help you avoid various online threats. However, the first four points are directly related to mitigating masquerade attacks.

So those are the ins and outs of masquerade attacks. Like other online attacks, they can be challenging to detect because their main symptoms could be indicative of many different things. Hopefully, the measures detailed above will help you to avoid them altogether. But at the very least, they’ll help you to recover faster if you implement them.