Want to watch the Heads Up FA Cup final for free while traveling abroad? We’ll show you how to stream Arsenal vs Chelsea live online, from outside the UK, using a Virtual Private Network (VPN).
Mark Gill TECH JOURNALIST, VPN AND PRIVACY SPECIALIST 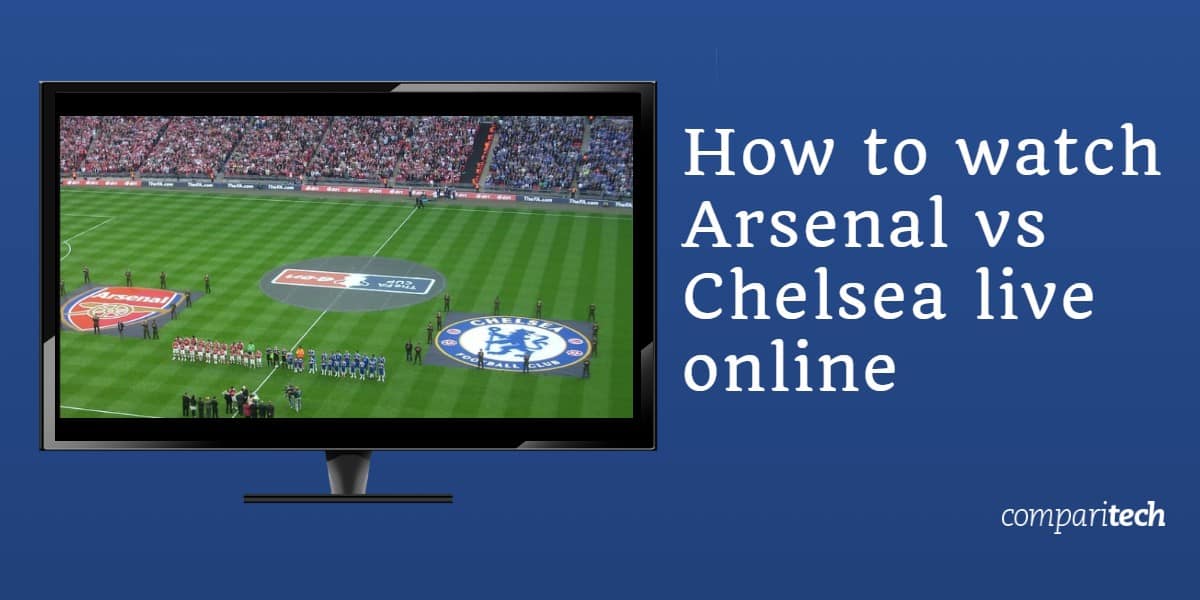 The 2020 FA Cup final between Arsenal and Chelsea will take place at Wembley Stadium on Saturday, August 1, at 5:30 PM BST (12:30 PM EST / 9:30 AM PST). Renamed the “Heads Up FA Cup final” to raise mental health awareness, it will be played behind closed doors due to the COVID-19 pandemic. If you want to watch the Arsenal vs Chelsea Heads Up FA Cup final live online from abroad, you’re going to need a VPN due to geographic restrictions.

It’s worth knowing that we’re only recommending official sources for watching the Arsenal vs Chelsea Heads Up FA Cup final. This is a popular sporting event and, as such, there will undoubtedly be unauthorized streams. However, we don’t recommend unofficial sources as they’re usually low resolution with a lot of lag and buffering. Many will even be taken offline for copyright infringement. Besides, there’s no need to risk missing out on the match because you can watch the FA Cup final live online for free via an official source.

The Arsenal vs Chelsea Heads Up FA Cup final will only be shown on region-locked platforms. To watch it abroad (outside the UK) via your home streaming services, you’ll need a VPN as well as a TV license.

When you use a VPN to connect to a server in the UK, you receive a new, temporary UK IP address. This makes it look as if you’re browsing from the UK even if you’re located abroad. This means you’ll be able to unblock and watch the Arsenal vs Chelsea Heads Up FA Cup final from anywhere in the world.

The Heads Up FA Cup final between Arsenal and Chelsea will broadcast live. For this reason, we recommend you test your VPN with BBC iPlayer ahead of time. That way, you’ll have enough time to contact your VPN’s customer support if you encounter any issues.

The FA Cup final has historically been broadcast live on BBC and this year is no exception. You can watch Arsenal vs Chelsea live online for free on BBC iPlayer. In order to do this, you’ll need to sign up for a BBC iPlayer account if you don’t have one already. During registration, you’ll be asked to provide the following information: your name, date of birth, and email address. While a UK postcode is also required, any will be accepted.

Another way you can live stream the Arsenal vs Chelsea Heads Up FA Cup final is on BT Sport. If you’re already a BT Sport customer, you’ll be able to watch the match live online as part of your existing subscription. This is possible via the online player as well as the BT Sport apps. Alternatively, it’s possible to purchase a BT Sport Monthly Pass. Available for £25 a month, it lets you watch without having to commit to a contract.

Note that due to British legislation, you need a TV license to watch live broadcasts online, or to use BBC iPlayer (even if you’re only watching on-demand).

Whether you choose to watch Arsenal vs Chelsea on BBC or BT Sport, you’re going to need a VPN if you’re outside the UK. This is because the content on both platforms is region-locked. To access it abroad, simply connect to a server in the UK for a UK IP address. ExpressVPN unblocks BBC iPlayer and BT Sport and includes a 30-day money-back guarantee. As such, you can try it out risk-free and request a full refund if unsatisfied.

The 2019-20 Premier League season has been a memorable one, not only for Liverpool’s dominant title-winning campaign but for the delay of over three months due to the COVID-19 pandemic. The return has seen games played behind closed doors without supporters. The 2020 Heads Up FA Cup final will be no different.

The match is set to take place at Wembley on Saturday, August 1. Contested between London rivals Arsenal and Chelsea, the winner will enter the group stage of the 2020-21 UEFA Europa League. Arsenal’s route to the final saw them defeat Manchester City while Chelsea saw off sides including Liverpool and Manchester United.

Chelsea are the early favorites to win the 2020 Heads Up FA Cup final. The Blues finished the 2019-20 Premier League season in fourth spot on 66 points, 10 clear of the Gunners. Indeed, Chelsea have lost just two of their last 10 meetings with Arsenal (winning three and drawing five).