How to watch Animal Kingdom season 6 for free online

Want to stream Animal Kingdom live online? We’ll explain when season 6 will premiere, which networks it’s on, and how you can watch the sixth season from anywhere (even abroad).
Ian Garland Streaming, Kodi and VPN Expert 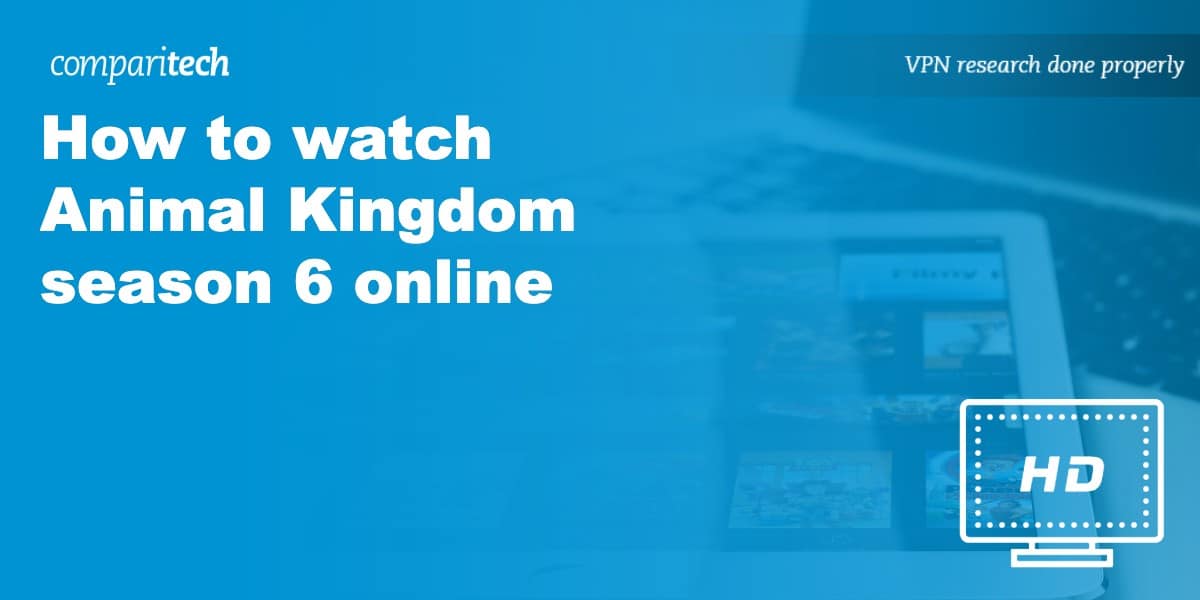 Animal Kingdom is finally back, almost a year after a nail-biting season 5 finale. Its final season will premiere at 21:00 ET/PT on June 19, and run for 13 episodes, just like in previous years. With the family in shambles and the police closing in, it seems like the Codys’ house of cards might be about to collapse. Of course, if there’s one thing they’re good at, it’s wriggling out of difficult situations so you’ll have to tune in to see what happens. Find out how below.

Before we begin, it’s important to note that we only recommend official sources. Even putting legal issues aside, unlicensed streams are often significantly worse in terms of quality and reliability. Besides, there are plenty of free (or low-cost) ways to stream this show, so there’s really no need for third-party streams in the first place.

Animal Kingdom season 6 will only be shown on geo-blocked services. This means that if you’re traveling abroad, you’ll need a Virtual Private Network (VPN) to watch on your usual channels.

How to stream Animal Kingdom online from abroad

VPNs encrypt your internet traffic, preventing it from being read by hackers, your service provider, or public hotspot owners. They can also change your IP address, making it seem like you’re browsing from another location.

Here’s how to watch Animal Kingdom online from abroad:

If you’re hoping to stream Animal Kingdom live online, it’s important to check your VPN works properly beforehand. Otherwise, last-minute technical trouble could lead to you missing part of the premiere. All of the VPNs above offer free 24/7 support over live chat, so getting help is as easy as possible.

NordVPN offers a fully featured risk-free 30-day trial if you sign up at this page. You can use the VPN rated #1 for streaming Animal Kingdom with no restrictions for a full month. As such, it’s great for anyone looking to watch the new season during a trip abroad.

How to watch Animal Kingdom for free on US TV

Once again, Animal Kingdom will air exclusively on TNT. New episodes will be available free of charge the day after airing on the TNT website and app, but you’ll have to sign in if you’d like to watch live. You can do this either with your cable provider details, or with a supported over-the-top service like Hulu with Live TV, Sling TV, fuboTV, or YouTube TV.

Unfortunately, TNT doesn’t have any older episodes. If you’re looking to watch these, you’ll have to sign up for Amazon Prime Video. This service currently has all five prior seasons, and while it usually costs $14.99 (GBP £11.95) per month, your first month is free. Unless you’re planning on streaming the show from the beginning, this should be plenty of time to get caught up—just remember to cancel your trial to avoid being charged.

Both of these services are region-locked, so Animal Kingdom might not be available outside of the US. However, with a VPN, you can regain access no matter where you are in the world. NordVPN comes with a risk-free 30-day money-back guarantee, making it perfect for streaming while on vacation. If you’re unimpressed, just cancel within 30 days to claim a full refund.

Where else can I watch Animal Kingdom online?

This show will air in a couple of countries outside of the US as well. Here’s how you can watch the new season of Animal Kingdom from Canada and Australia.

The sixth series of Animal Kingdom will be released in Canada at the same time it’s shown in the US: 21:00 PT/ET on June 19. However, it’ll be shown on a different channel: CTV. Fans can stream new episodes the day after airing for free, although you’ll have to log in with a supported cable provider to watch live.

Want to rewatch past seasons? The first four are available on Netflix Canada, but you’ll have to purchase the fifth from services like iTunes or Google Play (usually for around CAD $24.99).

CTV is normally only available in Canada. However, with the help of a Canadian VPN server, you can securely access it while on a trip abroad.

Every single episode of Animal Kingdom is available on Netflix in Australia. There’s no need for any other services, either, since episodes from season six will begin arriving from June 20. Prices start at AUD $10.99 per month and unfortunately, Netflix doesn’t offer free trials anymore.

Netflix changes its content based on your location. You can securely access the Australian library from anywhere using a VPN.

What can we expect from Animal Kingdom?

The Animal Kingdom season 6 trailer shows a family in crisis. The police have finally discovered Cath’s body and are coming after the Codys in full force. Not only that, but outside forces are testing the waters and looking to exploit any cracks in the family’s armor that they can find. With this being the final season, we can expect all 13 episodes to be action-packed and light on filler, which is exactly when this show is at its finest.

Who stars in Animal Kingdom?

Most of the show’s cast will be reprising their roles (barring Ellen Barkin, whose character died in season four). Here’s a quick rundown of who’s who in Animal Kingdom season six: