How to watch The Blacklist season 9 online from anywhere

After an explosive finale and an excruciating three months of waiting, The Blacklist is about to return. Below, we’ll explain how you can stream all of the new episodes live online, from anywhere in the world.
Ian Garland Streaming, Kodi and VPN Expert 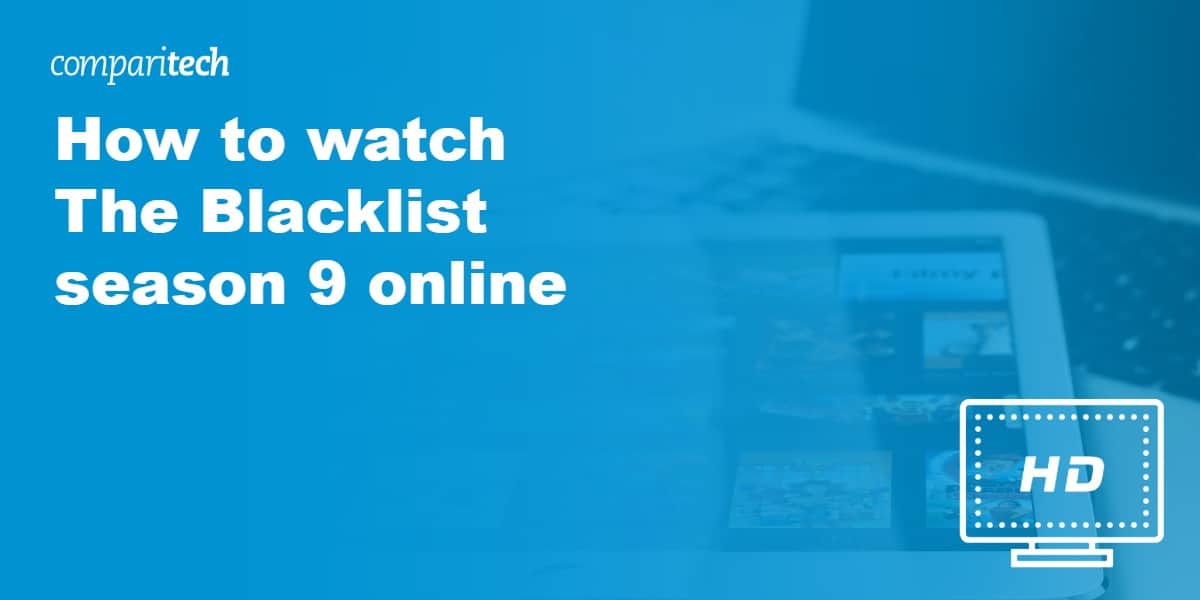 Season 9 of The Blacklist will premiere at 8 PM EST (5 PM PST) on October 21. As you might expect, a lot has changed in-universe since the season 8 finale. In fact, the premiere will see us jump two years into the future and will follow another of the show’s main characters, Raymond Reddington. There’s certainly a lot to look forward to, so keep reading to find out how to watch The Blacklist season 9 online.

Before we begin, it’s important to note that we’re only recommending official sources. Third-party streams are frequently taken offline partway, and can’t be counted on to deliver even passable video quality. On the plus side, there are lots of legitimate ways to stream new episodes of The Blacklist, and some even offer a free trial. In other words, you have nothing to gain by resorting to shady streams.

The Blacklist season 9 will only be shown on geo-restricted streaming services. If you’re traveling abroad and hoping to watch on the same channels you would back home, you’ll need a Virtual Private Network (VPN) to do so.

How to live stream The Blacklist season 9 from abroad

VPNs are, first and foremost, privacy tools. One of the ways they protect your anonymity is by obscuring your real location. This functionality has a secondary use, though: it allows you to regain access to geo-blocked sites and services while traveling abroad.

Here’s how to watch The Blacklist online from anywhere:

New episodes of The Blacklist will air live, so it’s a good idea to make sure your VPN works with your chosen streaming platform ahead of time. All of the providers mentioned above offer free 24/7 assistance over live chat, meaning you’re never more than a few minutes away from help.

NordVPN offers a fully-featured risk-free 30-day trial if you sign up at this page. You can use the VPN rated #1 for watching The Blacklist with no restrictions for a full month. This is perfect for anyone hoping to stream new episodes during a short vacation abroad.

How to watch The Blacklist online on US TV

Because the ninth season of The Blacklist will air on NBC, it’s really quite easy to watch it online. Fans can sign into the website via their cable TV provider details or a number of over-the-top streaming services including fuboTV, Sling TV, YouTube TV, and Hulu with Live TV.

The only downside is that these services tend to be fairly expensive, with around $65 USD per month being the norm. Most offer a short free trial, but given the length of previous seasons, only the most dedicated fans will be able to stream every new episode before the trial ends. For most, the best option is Peacock: this won’t let you watch live, but it’s free (albeit ad-supported) and new episodes will arrive the day after they air. Note that only the five most recent episodes will be available, so you’ll have to watch these promptly or risk missing out.

Looking to catch up? Currently, all eight previous seasons are available on Netflix US. Plans start at $8.99 per month and unfortunately, there’s no free trial anymore.

All of the services above are regionally restricted. If you’d like to use them while traveling outside of the US, you’ll need a VPN. NordVPN provides a 30-day money-back guarantee, giving you the chance to try it out risk-free before deciding whether to keep it or not.

Where else can I watch The Blacklist online?

The Blacklist is one of many NBC shows with a large international following. Take a look below to find out which networks broadcast this show in your country:

Global TV will be showing new episodes of The Blacklist at the same time as they’re airing in the US (8PM EST every Thursday). However, you’ll need to sign in with your cable provider details to access the live stream. Luckily, this network will also make new episodes available for on-demand streaming the following day, and these are free to watch.

Canadian viewers can watch the first eight seasons on Netflix ($9.99 CAD per month), with the ninth likely to arrive in about a year’s time, if history is anything to go by.

Hoping to securely access Global TV or Netflix Canada while traveling abroad? This is easy enough, but you’ll need a VPN that’s up to the task.

There’s no confirmed date for a UK release just yet, but past seasons have tended to arrive in the first half of the year, so British fans could be in for a bit of a wait. Sky is the official broadcaster, and if you’re already with this broadcaster, you can login and watch online using the Sky Go app.

Your other option is Now TV. Its Entertainment Pass (£9.99 per month after a seven-day free trial) lets you stream several Sky channels live, and also grants access to the first seven seasons of The Blacklist. Unfortunately, at the moment, the only way to watch the eighth season online is to purchase it on Amazon Prime Video for £19.99.

If you’re outside of the UK, accessing these platforms is as simple as connecting to a British VPN server.

Although we don’t know yet when season 9 will arrive in Australia, new episodes have historically aired on Channel 7. This means that, if nothing changes, you’ll eventually be able to watch The Blacklist season 9 for free on 7plus. The only catch is that you have to create an account first. Just like in Canada, all eight older seasons are available on Netflix.

Remember: these services are region-locked, so you’ll need a VPN to watch from outside of Australia.

What do we know about the new season of The Blacklist?

Warning: spoilers follow for the season 8 finale of The Blacklist.

It should come as no surprise to anyone that the main character of the show has changed, given Elizabeth’s sudden death in season 8. Now, Raymond will be the primary character, but that’s not the only difference this time around. We’ll also be skipping ahead two years, to a time when the task force is no longer operational. Further, the show’s creator, Jon Bokenkamp, is off to greener pastures, so there’s potential for some pretty drastic changes. Naturally, details on the plot are scarce, but we know that a member of the task force is injured in the premiere, which acts as the catalyst for getting the gang back together.