How to watch The Equalizer season 2 live online from anywhere

It’s rare for a TV show to release two seasons in one year but The Equalizer has done just that. Take a look below to find out when new episodes will air, which network they’re being shown on, and how to stream The Equalizer Season 2 online from anywhere in the world.
Ian Garland Streaming, Kodi and VPN Expert 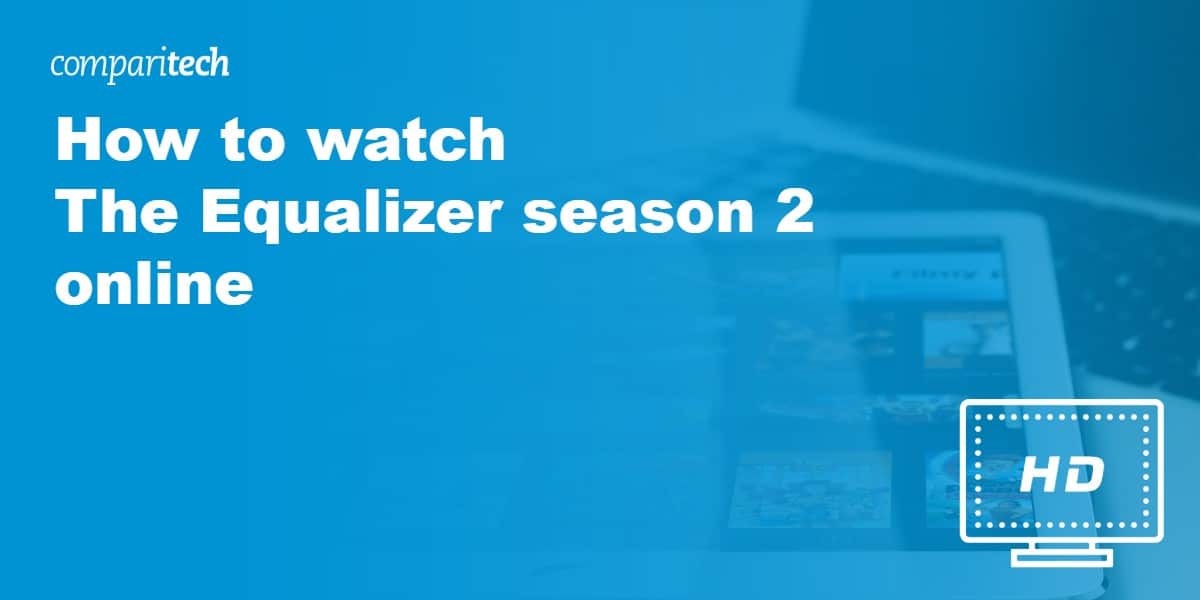 The second season of The Equalizer will begin at 8 PM EST on October 10, with a fresh episode arriving every week. Fans have been clamoring to find out how Robyn will react to Delilah discovering what she does for a living, although that’s far from the only thing happening in the new series, as we’ll discuss later. On the plus side, it’s actually pretty easy to watch this show online, and below, we’ll walk you through all of your options.

First off, we advise against using unofficial streams to watch The Equalizer online. These are unethical and aside from that, consistently awful in terms of video quality. If you’re watching live, there’s also a good chance that the stream you’re watching will be taken offline without warning for copyright violation. With lots of legitimate ways to stream The Equalizer live online, there’s no need to use unlicensed, unreliable sources.

The Equalizer season 2 will air on geo-restricted streaming services. This means that if you’re traveling abroad at the moment, you’ll need a Virtual Private Network (VPN) to watch on the same channels you would in your home country.

How to live stream The Equalizer online from abroad

VPNs help ensure your digital privacy by encrypting your data and sending it through a server somewhere else in the world. However, this technique can also be used to spoof your location and regain access to your usual streaming services from abroad. Just follow these steps to watch new episodes of The Equalizer anywhere:

Because this show will be broadcast live, we recommend making sure your VPN works with the respective streaming service ahead of time. If you run into any issues, most major providers offer free support over email and live chat.

NordVPN offers a fully-featured risk-free 30-day trial if you sign up at this page. You can use the VPN rated #1 for live streaming CBS with no restrictions for a full month. This makes it easy for anyone traveling abroad to stay up-to-date on all of their favorite shows.

How to stream The Equalizer season 2 on US TV

Just like the first time around, The Equalizer will be shown exclusively on CBS. Now, there are lots of ways to watch this channel online. You could sign into the website or app with your cable provider details, for instance.

If you don’t have cable but still want to watch live, you’ll have to login via fuboTV, YouTube TV, or Hulu with Live TV. These services all cost $64.99 USD per month, but they all include a short free trial, which is something.

For most people, the better option will be to sign up for Paramount+ instead; plans cost $4.99 per month with ads or $9.99 without. As well as having the entire first season, new episodes will be made available the day after they air. There’s also a seven-day free trial in case you’d like to binge the new season all at once when all the new episodes are out. Just remember to cancel before your payment method is charged!

Remember: all of the services above are region-locked and can’t normally be used outside of the US. With the right VPN, however, accessing them is easy. NordVPN offers a 30-day money-back guarantee, allowing you to try it risk-free. If you’re not impressed, just cancel for a full refund.

Where else can I watch The Equalizer online?

You might be surprised to hear that this show is available in several countries outside of the US. Here’s how to stream The Equalizer wherever you are:

Canadian viewers can stream season 2 of The Equalizer on Global TV from 8 PM on October 10, with on-demand replays being added the following day. The only problem is that you’ll have to log in via your cable provider before you can watch anything.

Don’t panic: it is possible to watch Global TV online without cable. First, you’ll need an Amazon Prime Video account ($7.99 CAD per month after a one-month free trial). Next, you’ll have to subscribe to the StackTV addon, which costs a further $12.99 per month. This isn’t ideal, but on the plus side, StackTV also lets you stream the first season, whereas Global TV does not.

These streaming platforms are both geo-blocked. To use them from outside of Canada, you’ll need to connect to a Canadian VPN server.

We don’t know for sure when season 2 will premiere in Australia, although the first season was only a few weeks behind the US release. Better still, it aired on free-to-watch Channel 9, which you can watch online via 9Now. These older episodes are actually still available, so there’s never been a better time to get caught up.

9Now is region-locked, so if you’re traveling outside of Australia, you’ll need a VPN to use it.

British fans might have a bit longer to wait, seeing as season 1 only arrived in August, about six months after its US premiere. Still, when season 2 is released in the UK, it’ll almost certainly be on Sky Witness again. This means that Sky TV customers will be able to watch using the Sky Go app at no added cost.

Alternatively, you could sign up for Now TV’s Entertainment Pass, which costs £9.99 per month and lets you stream a host of Sky channels live online. Both platforms currently include the first season too.

Sky Go and Now TV are only available in the UK. Still, it’s possible to securely stream them from anywhere with the help of a VPN.

What is The Equalizer season 2 about?

The official trailer for The Equalizer season 2 gives us a few hints as to what to expect. First and foremost, there’ll be action, with Robyn shown hard at work tracking down a gang of murderous bank robbers. Of course, it can’t all be gunfights and arrests; she’ll also have to reconcile her relationship with Delilah, given that her daughter now knows exactly what she does for a living.