How to watch The Resident season 5 online from anywhere

Looking to live stream The Resident season 5? We’ve got all of the details, including where you can watch The Resident online while traveling abroad.
Ian Garland Streaming, Kodi and VPN Expert 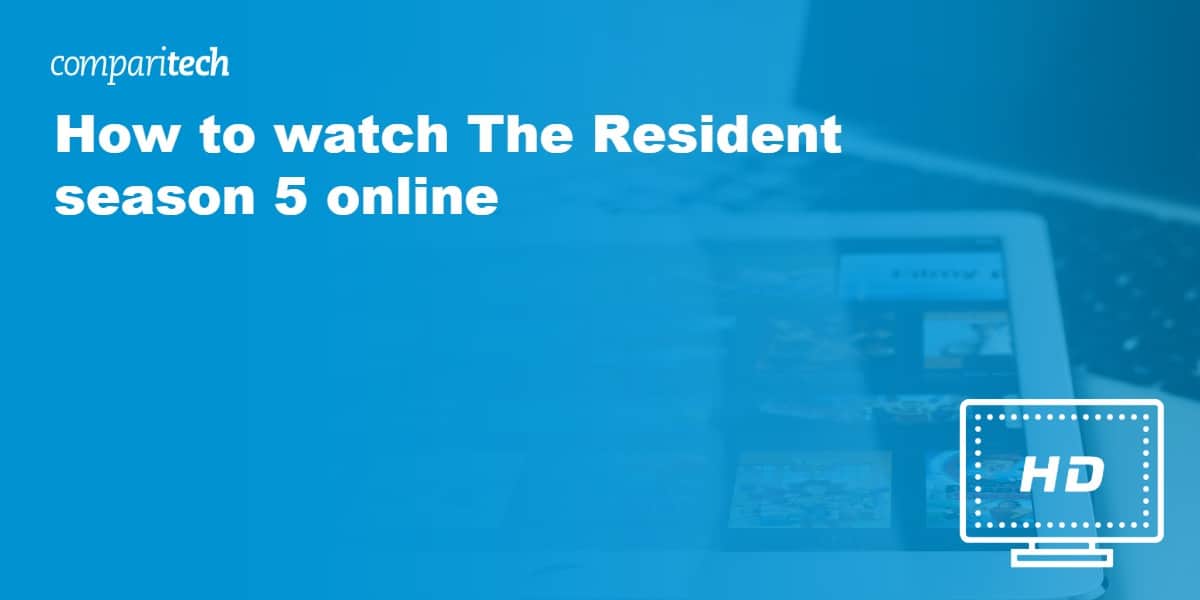 The Resident will return at 8 PM EST (5 PM PST) on September 21. The good news doesn’t end there, either: season 5 will be made up of 23 episodes in total, which is almost twice as many as the previous season. There are all kinds of changes this time around too, from the cast members to the relationships between the characters they play. Keep reading to find out how you can watch The Resident season 5 online from anywhere.

You should note that we’re only recommending official sources for streaming The Resident. While unauthorized streams may be available, we’d advise you to avoid them. After all, they’re notoriously unreliable and usually provide a vastly inferior experience. Additionally, there are plenty of legitimate ways to watch that include a free trial, making third-party streams pointless.

This show will only air on region-locked streaming services. If you’d like to watch The Resident on your usual services while traveling abroad, you’ll need the help of a Virtual Private Network (VPN).

How to stream The Resident online from abroad

VPNs enhance your digital privacy by encrypting your internet traffic and concealing your true location from anyone who might be monitoring the network. This has the secondary effect of allowing you to securely access your usual streaming services from anywhere.

Here’s how to watch The Resident (season 5) online from anywhere:

The Resident will be broadcast live, which is why it’s so important to make sure your VPN works with your preferred streaming service ahead of time. Most major providers offer 24/7 live chat, making it quick and easy to get help with any issues you might encounter.

NordVPN offers a fully-featured risk-free 30-day trial if you sign up at this page. You can use the VPN rated #1 for live streaming FOX with no restrictions for a full month. This is perfect for anyone hoping to keep watching The Resident during a vacation abroad.

How to watch The Resident season 5 online on US TV

In the US, the fifth season of The Resident will air exclusively on FOX. The FOX website lets you stream an hour of content for free, but to continue watching after this, you’ll have to sign in with your cable provider details or a supported over-the-top service. These include YouTube TV, Sling TV, and fuboTV, which cost between $35 and $65 USD per month.

The cheapest way to stream The Resident season 5 live online is with Hulu, though. This service is just $5.99 per month and offers a one-month free trial. Not only does Hulu let you watch new episodes live (via the FOX website), but it also makes catching up simple, since all four prior seasons are included in the service’s on-demand library.

All of these services are geo-restricted and normally inaccessible outside of the US. However, if you’re traveling away from home, you can connect to a US VPN server and use them as normal. NordVPN even offers a 30-day money-back guarantee, which allows you to try it for yourself completely risk-free. If you’re not satisfied, simply cancel to claim a full refund.

Where else can I watch The Resident online?

The Resident might be set in Georgia but it has fans all over the world. That’s why it should come as no surprise that it’s fairly easy to stream this show outside of the US. Here’s a quick rundown of where fans in other countries can watch:

The Resident is actually getting a simultaneous release across all of North America, so Canadian viewers will be able to catch the premiere at 8 PM EST on September 21. The only difference is the network; unlike in the US, it’ll be shown on CTV. If you have a cable TV plan with a support provider, just sign into the CTV website and stream the show live at no added cost. Unfortunately, there’s no way to view this stream without cable.

If you’re looking to rewatch older episodes, you’ll need a Disney+ account. These cost $11.99 CAD per month but on the plus side, the Canadian library includes all four previous seasons.

CTV and Disney+ are both geo-blocked. That said, you should be able to securely access them while traveling abroad as long as you use a Canadian VPN server.

The UK is actually a year behind, and is only now getting the release of season 4. New episodes are being broadcast at 9 PM BST every Friday from September 24.

The show has changed networks too, from Paramount TV to Sky Witness. Sky TV customers can stream this channel at no added cost using the Sky Go app, while those without cable will need a Now TV Entertainment pass. These cost £9.99 per month following a seven-day free trial. Unfortunately, it’s almost certainly going to be another year before season 5 arrives.

Feel like streaming a few older episodes? Disney+ UK has the first three seasons available. You’ll have to pay £7.99 per month, though, since this service no longer offers a free trial period.

Sky Go, Now TV, and Disney+ are all regionally restricted. That said, it’s simple enough to securely access them from abroad with the help of a VPN.

Unfortunately, we don’t know when season 5 will arrive in Australia just yet. It is likely to be a while, though, since season 4 finished just recently. There is some good news, though: The Resident has historically been broadcast on Channel 7, which means you’ll be able to watch new episodes for free on 7plus. You will have to create an account but this is quick and easy.

Just like in the countries above, Disney+ is the only service with all four of the older seasons. However, 7plus currently lets you watch seasons two and four on-demand, free of charge. This obviously isn’t ideal but if you’re just looking to catch up on a few episodes you missed, it might save you from paying $11.99 AUD per month for Disney+.

These services are both geo-restricted. Still, Australians traveling in other countries can securely access them using a VPN.

What can we expect from season 5 of The Resident?

Details on the plot of season 5 are still pretty rare, but the short teaser trailer claims that the upcoming episodes will see things change even more drastically for the characters. This was something that one of the showrunners had previously teased, telling TVLine that “[fans] will be shocked at certain changes that are taking place at the hospital” in the first episode. We do know that this episode is titled “Da Da” and will see the ER hit by a ransomware attack, a threat that is all too real and one that cost healthcare providers over $20 billion last year alone.

There are a few significant changes to the cast this time around. The biggest departures are Emily VanCamp, who played Nic Nevin, and Shaunette Renee Wilson, who played Mina. Meanwhile, Morris Chestnut will be appearing less frequently, having landed a major role in Our Kind of People. The only new cast member that’s been announced is Stephen Wallem; he’ll be playing Winston Robards, a legally blind man who arrives at the hospital following a car accident. Here’s a brief who’s who of the season 5 cast: