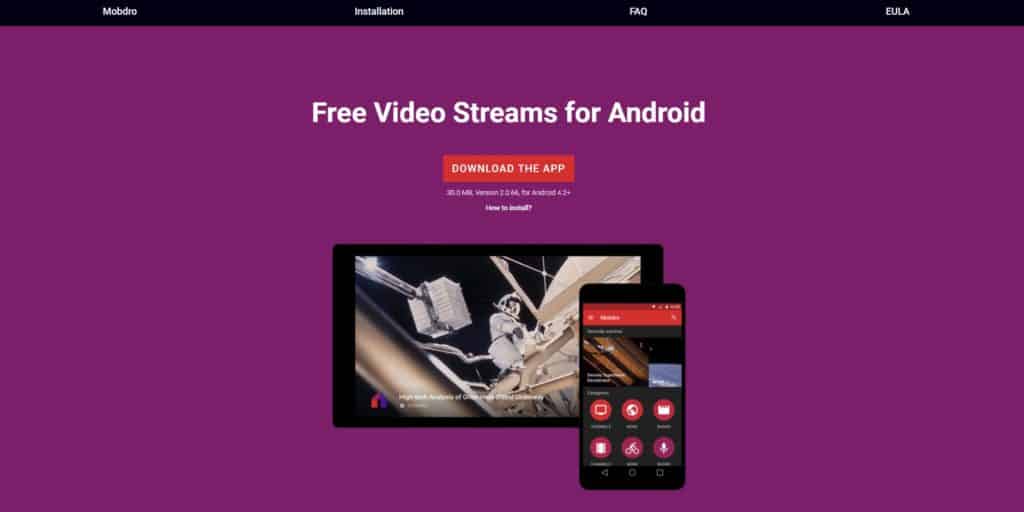 In recent years, Kodi has been the go-to media center software for mobile devices. It’s extremely versatile and highly customizable, but these qualities can also make it daunting for new users. Enter Mobdro, an Android app that offers one-click access to live streaming TV shows. There are no addons to install, no dependencies to update, and minimal configuration options. As a result, Mobdro is among the most novice-friendly streaming apps.

Note: As with any streaming app it is important to check you have a legal right to the content you access. Some streaming apps carry a mix of legitimate content and pirated material. If you are unsure we advise you exercise caution and avoid the app.

The problem is that most ISPs don’t like streaming. In the past, they’ve been known to intentionally throttle their customers’ speeds to discourage it. Because FCC consumer protection legislation was repealed last year, there’s also the chance that your ISP is selling your personal browsing history to third parties without your knowledge.

You can keep your online activities private by connecting to a virtual private network (VPN). A VPN encrypts your network traffic, preventing it from being read by anyone without the decryption key.

There are many different VPN providers to choose from but not all VPNs are created equal. Below, we’ll list five VPNs that complement Mobdro well. We’ll be exploring their features and functionality, as well as explaining which platforms they’re available for.

To find the services best suited to Mobdro users, we looked for VPNs that offered the following: 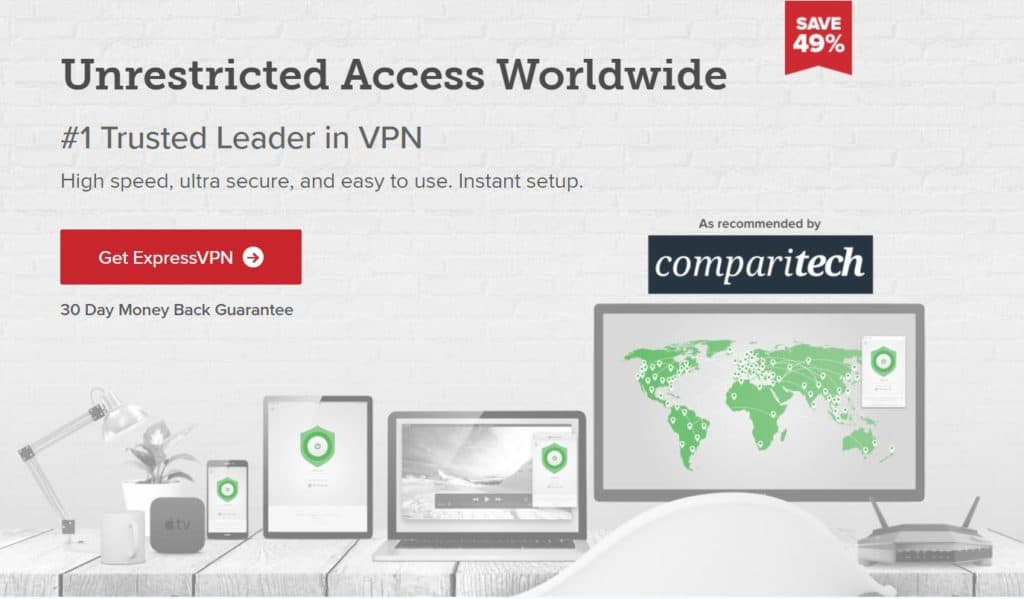 ExpressVPN is one of the most security-conscious VPN companies. It uses 256-bit AES encryption, doesn’t keep logs of your traffic, and comes with a kill switch that stops all data transmission if the connection to the VPN drops. Further, ExpressVPN is based in the British Virgin Islands, a location with no data retention laws.

ExpressVPN is ideal for high-definition streaming because it has minimal impact upon your connection speeds. With servers in more than 90 countries, it’s also an excellent way to access geo-restricted platforms. This VPN can even unblock Netflix and circumvent China’s Great Firewall, so it’s highly versatile.

READER DEAL: Get an additional three months free here with the ExpressVPN annual plan. ExpressVPN offer a 30-day money back guarantee so there’s no risk. 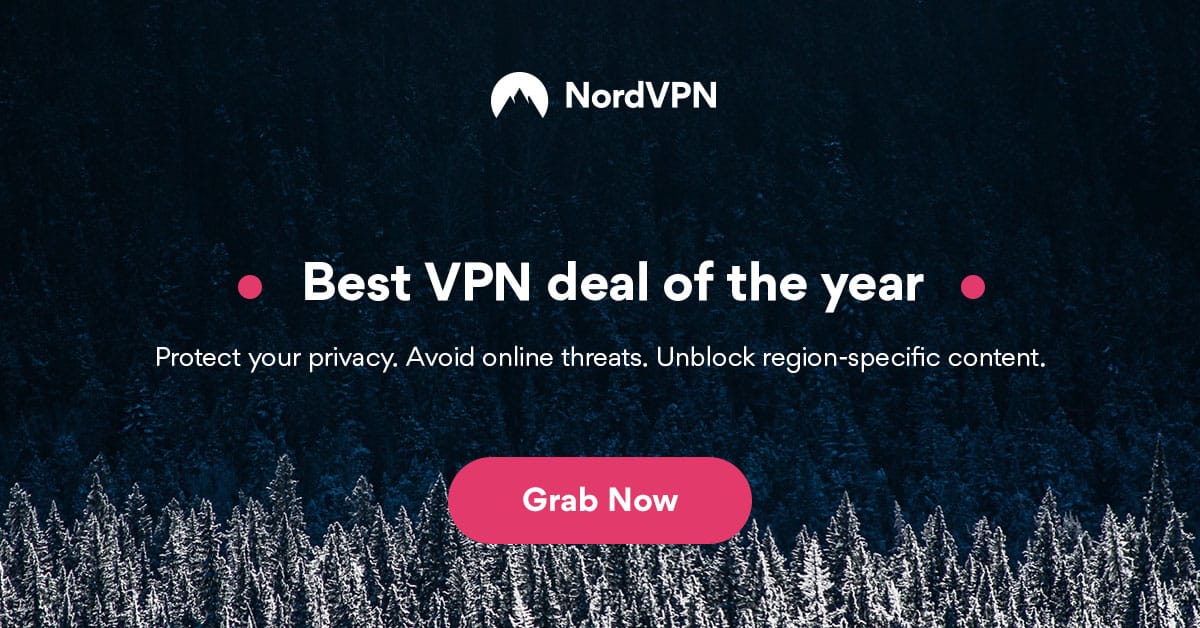 NordVPN has a server to fit every requirement. For instance, Mobdro users can take advantage of the servers optimized for HD streaming. Currently, NordVPN can unblock over 150 geo-locked streaming platforms including Netflix, Hulu, and NBC Sports. Better still, it allows up to six simultaneous connections whereas most VPNs only permit two or three.

NordVPN takes your privacy seriously. It doesn’t log any personally identifiable information and all network traffic is secured with 256-bit AES encryption. There’s a highly customizable kill switch included too, which lets you block specific applications from using the internet when the VPN is disconnected.

NordVPN has apps for Windows, MacOS,  iOS, and Android. It can be manually set up on Linux-based systems and a decent selection of WiFi routers, and there are even plugins for Chrome and Firefox web browsers.

SAVE ON LONG-TERM PLANS: You can save 75% when taking advantage of NordVPN’s three-year plan.

CyberGhost takes the hassle out of staying safe online. It uses 256-bit encryption to keep your personal information private and comes packed with features like an ad blocker, automatic malware protection, and HTTPS redirection. Better still, CyberGhost doesn’t log any information that could be used to identify you.

CyberGhost optimizes its servers for several different purposes including streaming and anonymous browsing. There are over 1300 servers to choose from, with a high concentration in Europe and the US. CyberGhost allows up to five simultaneous connections and can unblock popular streaming platforms such as Netflix US, BBC iPlayer, and Amazon Prime Video.

Apps are available for Windows, MacOS, iOS, and Android. Manual setup is required for Linux and WiFi routers.

DISCOUNT: Readers can save more than 70% by signing up to CyberGhost’s one-year plan. 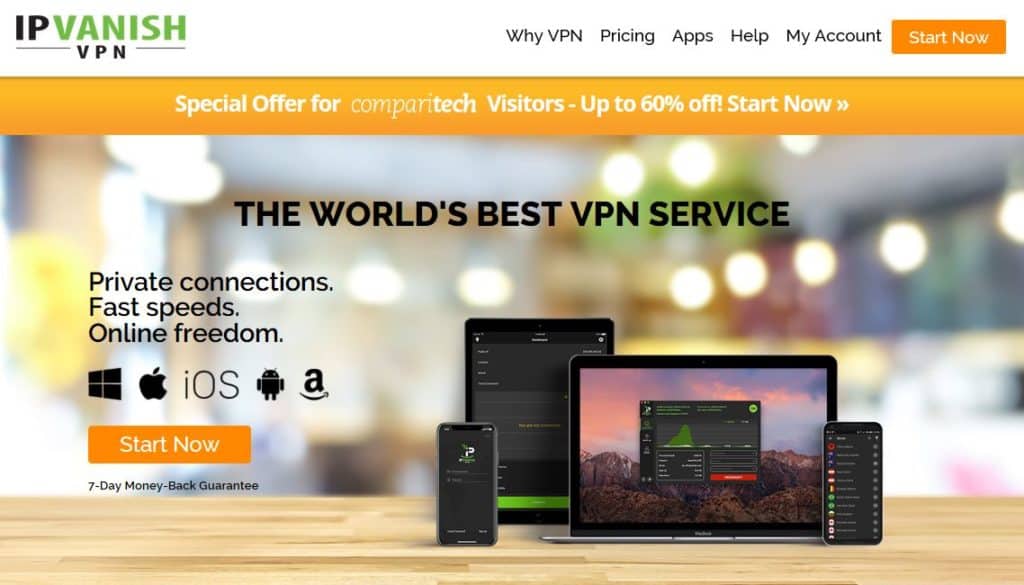 IPVanish is a highly portable VPN that’s seen huge popularity among Kodi users thanks to its fast speeds and extensive server network. The majority of these servers are actually owned by IPVanish, rather than rented, which allows IPVanish to detect and resolve issues more quickly than their rivals.

Despite having a very lightweight client, IPVanish provides an excellent range of security features. It uses 256-bit AES encryption to hide your traffic, but that’s just the beginning. Users can also change their IP address at regular intervals and block LAN traffic, plus DNS and IPv6 leak protection are activated as standard.

While IPVanish isn’t ideal for unblocking streaming platforms, it does an excellent job of keeping you safe while streaming or using P2P networks. It works with every Kodi addon we’ve tested and can be easily installed on Windows, Android, iOS, and the Amazon Fire Stick. IPVanish can be manually installed on Linux and Linux-based devices including certain routers and single-board computers.

SAVE 60%: Comparitech readers can save up to 60% with our exclusive discount on IPVanish plans.

PrivateVPN is a VPN that puts its user’s privacy first. It uses 256-bit encryption and offers perfect forward secrecy while keeping no logs whatsoever. Although PrivateVPN has fewer servers than most other providers (just 75, spanning 56 countries), it offers higher speeds and as a result, is perfectly suited to streaming HD or even 4K content.

PrivateVPN can be used to unblock numerous streaming platforms including Netflix, Hulu, and Amazon Prime Video. You can use its live chat service to resolve any issues you might encounter, although it’s worth noting that response times are a little longer on weekends or after business hours end.

PrivateVPN has apps for Android, Windows, and iOS. It can be manually installed on MacOS, Linux, and certain routers.

SAVE 67%: Get five months free and save up to 67% when you sign up to PrivateVPN’s annual plan.

Can I use a free VPN with Mobdro?

While it is possible to use a free VPN with Mobdro, we strongly advise against it. You’ll find that free VPNs are consistently slower than the ones above. This is usually because their smaller server networks struggle to handle the huge number of waiting users. This leads to compromises like queues and data caps, neither of which are used by our recommended VPN providers.

Further, free VPNs often use questionable practices to profit from their users. They’re capable of displaying ads on every page, using cookies to track your activities even after you disconnect, and selling your browsing history to unknown third parties. Even though your ISP can track your activities, at least there are rules on how they can use it. In contrast, there’s no guarantee that a free VPN provider will adhere to the same restrictions.

Sadly, free VPNs have a history of abusing their users’ trust. In the past, we’ve seen free VPNs install malware on their user’s devices, sell their user’s bandwidth, and mislead people about the kind of logs that they keep. To stay safe, we recommend using reputable VPN services that have clearly defined privacy and security policies.

How to install a VPN on Android devices

All of the VPNs we’ve listed above have Android apps that can be downloaded from the Google Play store. Just search for the VPN’s name, find the official app, and tap Download. However, if your device can’t access the store, you can install the VPN client directly via its APK file. Below, we’ll explain how to do this step-by-step.

Most people assume that the Google Play store is the only place you can find apps, but due to Android’s relatively open design, you can install apps from any location as long as they come packaged as an APK file. It’s important that you only download from your VPN provider’s website as third-party sources may include malware, if they offer the genuine APK at all. On the page where you select your platform, look under the Android heading and see if there’s a direct link to the APK file. If so, tap it to start the download. 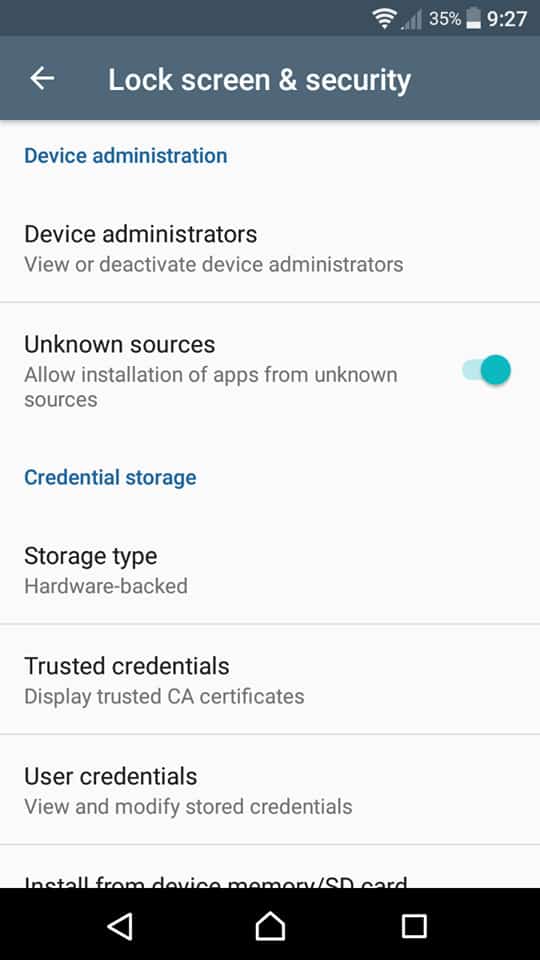 Next, you’ll have to allow installation from unknown sources. Since we know the VPNs above can be trusted, there’s no risk, however, you might want to consider disabling this feature once the installation has finished. The following menu options may be slightly different based on your Android version or device manufacturer, but it should be fairly obvious which options to choose. In our case, we did the following:

Because your network traffic is encrypted when using a VPN, it can’t be read by hackers, your ISP, or any other outside observers. As you can connect to servers in other parts of the world, the sites you visit can’t even see your actual location. This allows you to bypass geographical content blocks, regardless of where you are in the world.

While Mobdro is currently only available on Android, most VPNs allow several simultaneous connections. In practice, this allows you to log in on several devices (your home PC, your smartphone, etc.) with the same VPN account, allowing you to stay protected no matter where you go.

At this time, Mobdro is only available on Android. However, during the course of our research, we found several websites and apps claiming to work on different platforms. These were often accompanied by semi-convincing social media pages. Mobdro is not available on the Google Play store and can only be downloaded from the official site. Installing any unofficial version that claims otherwise puts you, your system, and your privacy at risk.

While Mobdro collects legitimate free-to-watch streams, unfortunately, it also offers some that broadcast copyrighted content. Because these unofficial streams are mixed in with official ones, it’s important to use common sense to avoid copyright infringement. For instance, PBS Kids can be watched online for free, so its inclusion isn’t unusual. Shows like Game of Thrones, on the other hand, require subscriptions to watch and as such, do not stream from official sources on Mobdro.

Warning: Mobdro should only be used for content to which you have the legal right to access. Comparitech does not advocate the use of Mobdro for piracy.