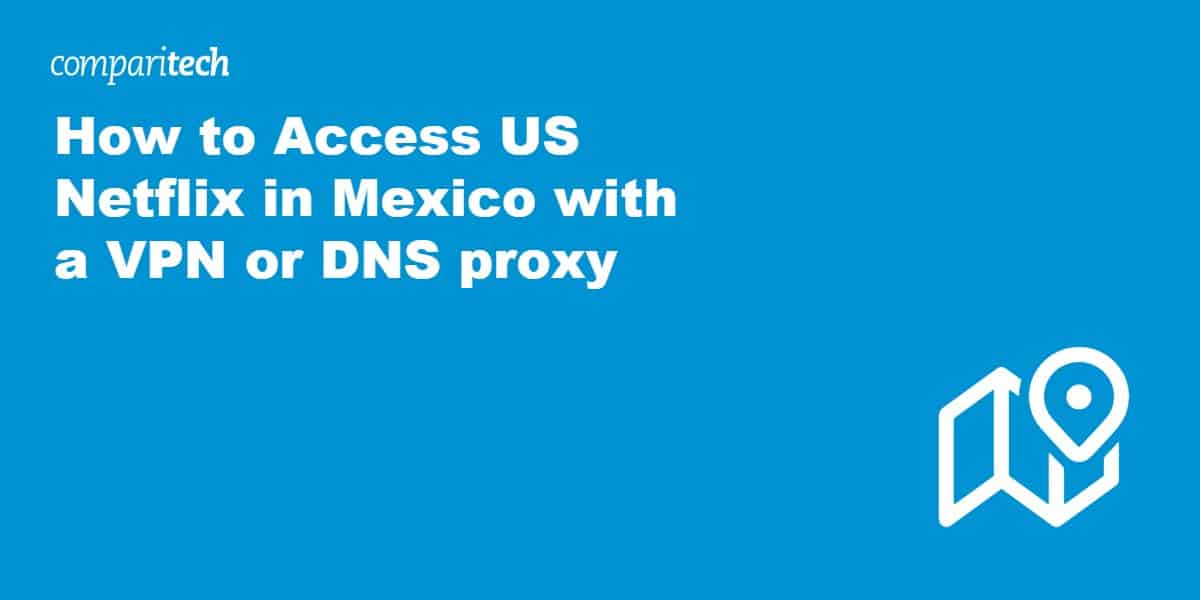 Watch US Netflix in Mexico with a VPN

Several VPN providers allow users to route their internet traffic through a server in a location of their choosing–in this case, the United States–before it goes to Netflix’s servers. This means using a VPN in Mexico allows a US Netflix subscriber to “spoof” their location and access the full US listing of TV shows and movies as if they were back home in the US.

For this reason, only a handful of providers have been able to work with Netflix on a select few servers. Our top recommendation is NordVPN. An excellent and powerful VPN in its own right, NordVPN boasts a huge range of servers all over the world, including dozens in the US alone. Plans start at US$2.75 per month. After signing up, just install the app and log in.

Watch US Netflix in Mexico with smart DNS

DNS, or domain name system, is like a phone book for the internet. It’s the reason you can type “www.comparitech.com” into your browser instead of a string of numbers and decimals. A DNS server resolves web page requests into IP addresses. By altering the DNS server in your computer’s settings to one in the US, it’s possible to trick Netflix into believing you are located back home within US borders.

Netflix has recently begun cracking down on DNS users just as much as VPN users, so a DNS code that works today might not work tomorrow. For this reason, it’s important to use a reputable paid provider with decent customer service rather than a cheap or free option. Supposedly “free” smart DNS providers often engage in shifty practices, including directing users to malware-infected sites and injecting advertisements into web browsers. Users are left with little or no assistance when Netflix blocks the IP address of the DNS server.