How to watch Black Lightning season 4 online for free 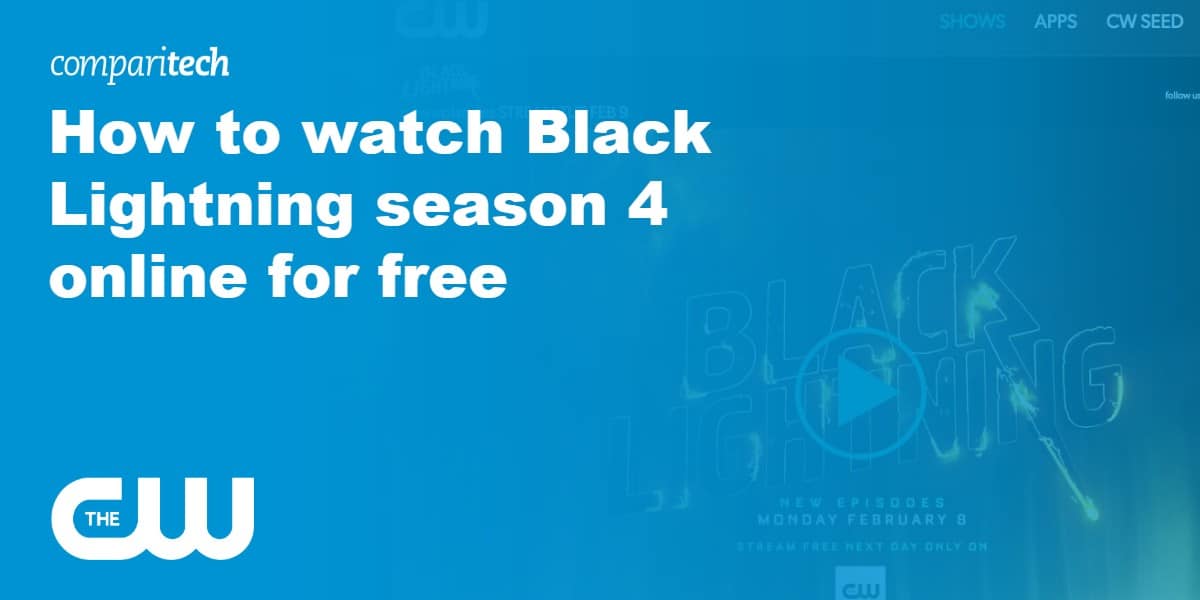 Black Lightning is back for a fourth and final season which is scheduled to premiere on Monday, February 8, at 9 PM EST (6 PM PST). Based on the season 4 trailer, it appears events have taken a major toll on Jefferson Pierce as he declares Black Lightning “dead”. If you don’t want to miss out on Black Lightning season 4 while traveling abroad, you’ll need to use a Virtual Private Network (VPN). This lets you bypass regional restrictions and watch it online for free, from anywhere.

In this post, we’ll only be recommending official sources for watching Black Lightning season 4 online. The reason for this is that unauthorized streams risk being taken down for copyright infringement. Moreover, most are low-quality and riddled with performance problems. Besides, we’ll show you exactly how you can use official sources to stream Black Lightning season 4 online for free without having to worry about any of these issues.

Please note that Black Lightning season 4 will only air on region-locked platforms. To watch abroad via your usual home streaming services, you’ll need to connect to a VPN service.

When you connect to a VPN, you’re provided with an IP address that points to whichever country your chosen server is in. For example, connecting to a US server means you’ll receive a US IP address. As websites and services use your IP address to find your location, VPNs make it easy to spoof your location and unblock region-locked shows such as Black Lightning from abroad.

Here’s how to watch Black Lightning season 4 online from anywhere:

How to watch Black Lightning season 4 on US TV

While Black Lightning will premiere on The CW on Monday, February 8, it won’t be available to stream online until Tuesday, February 9. The good news is that it’s free to watch The CW. Better still, you don’t even need to sign up for an account to stream its content. Expect to see some ads before and during the streaming of episodes, however.

There aren’t many other options for streaming Black Lightning. However, the first three seasons of the show are available on Netflix. Indeed, outside the US, Netflix has the exclusive rights to Black Lightning. Season 4 is expected to be released internationally in the first half of 2021. Netflix prices vary by country but US Netflix subscription plans range from $8.99 (USD) to $17.99 a month. Finally, you can also purchase seasons 1-3 of Black Lightning on Amazon Prime. A full season costs $24.99 while individual episodes are priced at $1.99 (SD) and $2.99 (HD).

Whether you choose to watch Black Lightning via The CW, Netflix, or Amazon Prime, you’ll need a VPN to watch from abroad. You can bypass geographic restrictions by connecting to a VPN’s US server for a US IP address. NordVPN works with the above services and even comes with a 30-day money-back guarantee. This means that you can try it out risk-free and, if you change your mind, request a refund for your money back.

What can we expect from Black Lightning season 4?

This will be the fourth and final season of Black Lightning. Production was initially delayed due to the COVID-19 pandemic but was able to begin in late 2020. We can expect the death of Detective Bill Henderson in the season 3 finale to have a major impact on the season 4 storyline. In particular, Jefferson Pierce (Black Lightning) is considering retirement from his life of crime-fighting, going as far as to describe his alter ego, Black Lightning, “dead”. However, the people of Freeland aren’t likely to let him give up so easily!

Which cast members are returning for Black Lightning season 4?