Best VPN for torrenting according to Reddit users (free & paid)

Reddit users are known for their love of privacy and anonymity. While Reddit users mention a handful of VPN options for torrenting, one VPN outshines all others when it comes to Redditors who torrent.
Sam Cook Data journalist, privacy advocate and cord-cutting expert 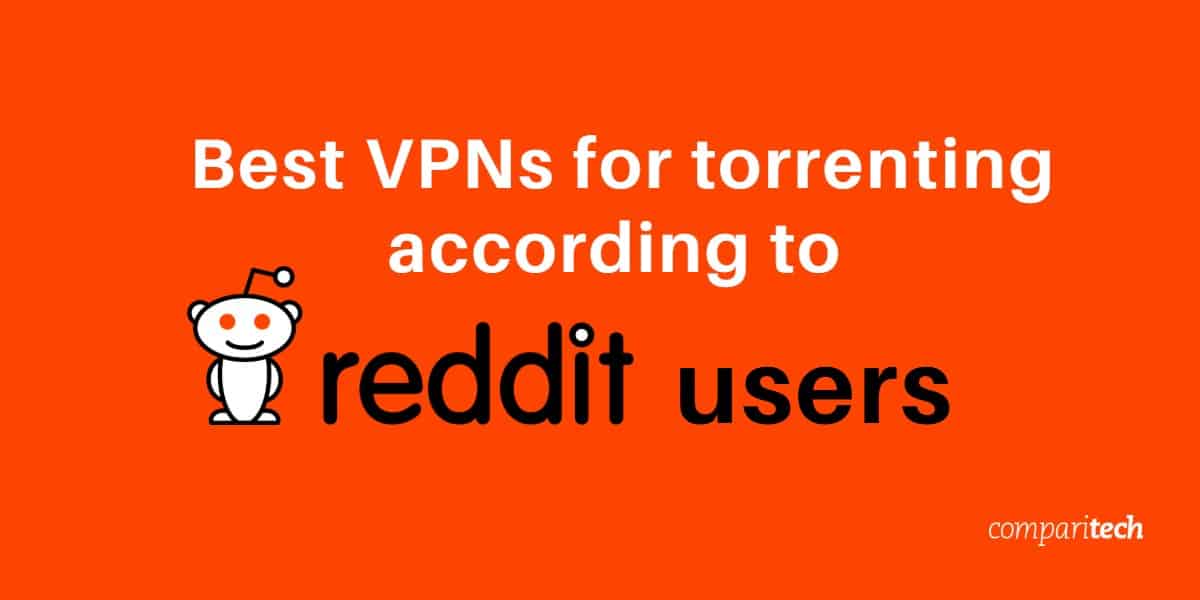 If there’s one thing Redditors love above all else, it’s privacy. Reddit’s design emphasizes anonymity for its users by requiring very little information to sign up. It should come as no surprise, then, that many Redditors, and especially those who torrent, also use and recommend VPNs (Virtual Private Networks). Although there are well over 100 VPNs on the market, Reddit users only recommend a small handful of them.

We poured through several forums popular among Redditors who torrent, looking to answer a simple question: Which is the best VPN for torrenting, according to Reddit users? Redditors have some VPNs they love (and some they hate), but for torrenting, there’s one clear winner.

If you search across Reddit, you’ll likely find different VPNs mentioned here or there. However, the service that gets talked about the most for torrenting is NordVPN.

That’s not to say it’s the only VPN service out there currently recommended by Reddit users. Private Internet Access (PIA) and Mullvad also get mentioned rather frequently among Redditors who torrent. However, our analysis of Reddit forums popular among torrent users finds NordVPN mentioned the most often, and with a large number of positive recommendations from current users.

Why choose NordVPN for torrenting?

The service offers over 5500 servers in 60 countries. Any server can technically be used to torrent, yet NordVPN is unique in offering dedicated P2P servers. These servers help maximize download speeds while maintaining an expected level of network security. You can read more about why NordVPN is safe for torrenting here.

NordVPN also offers to shield users against discovery with a strict no-logs policy. None of your online activity through the service is maintained.

Most importantly, NordVPN integrates well with torrent clients to help ensure and maintain your anonymity across torrent networks. The service masks your IP address by connecting you to its secure servers through a private VPN tunnel. It also maintains features, such as a kill switch and DNS leak protection, to ensure your true location doesn’t leak while connected to the VPN.

NordVPN even includes a feature that lets you select specific apps to cover with your kill switch. This will block internet access to the apps you specify (such as a torrent client) if anything goes wrong with your VPN.

NordVPN brings together several key technologies that help provide great download speeds for torrenting. As a result, it’s become highly favored among Reddit users who torrent (and who aren’t shy expressing their favor for it, either).

That said, NordVPN does have its flaws for torrenting. Our regularly-updated speed tests have found NordVPN isn’t the fastest VPN on the block. However, speeds vary, and you can increase your average speed by using a server closer to your actual location and choosing a less-crowded server

As well, you’ll occasionally see some Redditors criticize larger VPNs like NordVPN for not offering port forwarding. We’ll discuss port forwarding a bit more below. However, note that while port forwarding can increase your download speeds, it also makes your connection less secure.

I heard NordVPN is engaged in data mining. Is that true?

To dispel those rumors: NordVPN does not mine data, despite false rumors circulating on Reddit. The company defended itself on its blog, while independent research confirmed the company was not involved in nefarious activities with user data. All the same, rumors are hard to kill on Reddit, although many Reddit users are now trying their utmost to ensure that this particular rumor dies.

Other VPNs Redditors love for torrenting

NordVPN may be the most talked-about and hotly debated VPN for torrenting, but it’s not the only option. Private Internet Access (PIA), Mullvad, Windscribe, and TorGuard are honorable mentions. We found that when torrent VPN topics come up on Reddit, each of these are often recommended as NordVPN alternatives, and tend to receive positive feedback and upvotes.

Private Internet Access is one of the largest and oldest VPN providers. Alongside NordVPN and ExpressVPN (which is highly-favored for unblocking streaming services), this service has thousands of servers available in dozens of countries.

The service has been vetted in court twice, verifying that it keeps no logs and fully anonymizes user data.

Thankfully, PIA integrates with popular torrent clients to ensure your anonymity on the network is secure, even if the application or your internet connection fails.

If you absolutely need port forwarding with your VPN option, PIA is a good and popular alternative to NordVPN. The service also provides instructions for how to setup port forwarding while connected to its VPN servers.

Compared to Private Internet Access and NordVPN, Mullvad may look like a small contender. With 400+ servers in just under 40 countries, it doesn’t have as many resources to choose from. However, the company maintains high standards for privacy and security and even utilizes numbered accounts that lack any personally identifying information. Mullvad is also one of the only VPN providers that allow you to pay discreetly with physical cash, reducing your available identity footprint.

As with the other services, Mullvad has a strict no-logs policy and military-grade encryption standards. Unfortunately, Mullvad lacks a kill switch (which you’ll find with NordVPN or PIA). The company offers some instructions on its website for how to get one, but if you want a complete package, Mullvad may not provide exactly what you need.

One thing we tend to recommend against (and explain in more detail below) is free VPNs. There are always a few exceptions to the rule, however, and that includes Windscribe. This service has a free and paid option. As you might expect, the free option has data caps: 2GB per month, or 10 GB per month if you give them your email address and other information.

Windscribe is also not the most secure option, but it does offer some of the requisite features to protect you while torrenting. It’s regularly mentioned on Reddit by those who torrent, with few negative remarks about it that we could find.

The service offers a kill switch and port forwarding for those who need to seed while torrenting. If you want an unlimited option, Windscribe offers a low-cost yearly plan, a “Build a Plan” option starting at $1 per month, and the option to purchase a static IP which grants port forwarding. You’ll also have access to all of the Windscribe’s servers and server locations.

Torguard does not get mentioned as often as NordVPN or PIA, but when it does, it’s usually posted as an alternative to these. Redditors generally recommend TorGuard for its array of features: a kill switch, strong encryption standards, port-forwarding, a strict no-logs policy, and 3000+ servers in 50 countries.

When this VPN is recommended, it’s often recommended alongside Mullvad.

TorGuard is not the cheapest option available, but the service is often available with discount codes.

Alongside anonymity, Reddit users tend to love saving money. As such, the topic of free VPNs pops up every so often. Those new to VPNs tend to ask this question, and with good reason. After all, if there are good paid options for a product, surely there are good free options, as well?

With VPNs, this just isn’t the case.

Although they can save you money, free VPNs come with notable limitations that make them a poor substitute for a paid option. They’re also a privacy nightmare for torrenting, as one Reddit user noted:

Alongside this, free VPNs typically have low data caps and poor bandwidth, which makes them unusable for torrenting most things. As well, many free VPNs monetize by collecting and selling user data.

As you scour Reddit for advice on torrenting privately and securely, you may run across the term “port forwarding”. Most experienced torrent users on Reddit will assume you know what this means, so you may have a difficult time getting a clear explanation on Reddit’s forums.

In simple terms, port forwarding creates a secure connection between one device and another remote device. For example, you can use port forwarding to remotely connect to a home security camera while you’re away from home. The process is sometimes referred to as calling a phone number using an extension—when you connect to a network remotely, you get to an exact location on that network instead of getting defaulted to a specific location (or port).

Related: Port Forwarding and Port Triggering – What are the Differences?

Port forwarding is problematic for torrenting, however, as it bypasses the firewall your VPN service might be using. This makes it easier to discover your true identity on the network. So while you may get faster speeds, port forwarding also reduces your security. As well, VPN firewalls mostly interfere with seeding (sharing) on the network instead of leeching (downloading) from the network.

Nevertheless, some torrent networks will punish you with a speed reduction if you don’t also seed while you download torrents. Depending on the torrent network you plan to use, you may find it necessary to use a VPN service with port forwarding to avoid getting your download speeds reduced.