How to watch the Brit Awards 2020 online or on Kodi

The 2020 Brit Awards are fast approaching. We’ll explain how to watch the Brit Awards live stream online for free, from anywhere in the world.
Ian Garland Streaming, Kodi and VPN Expert 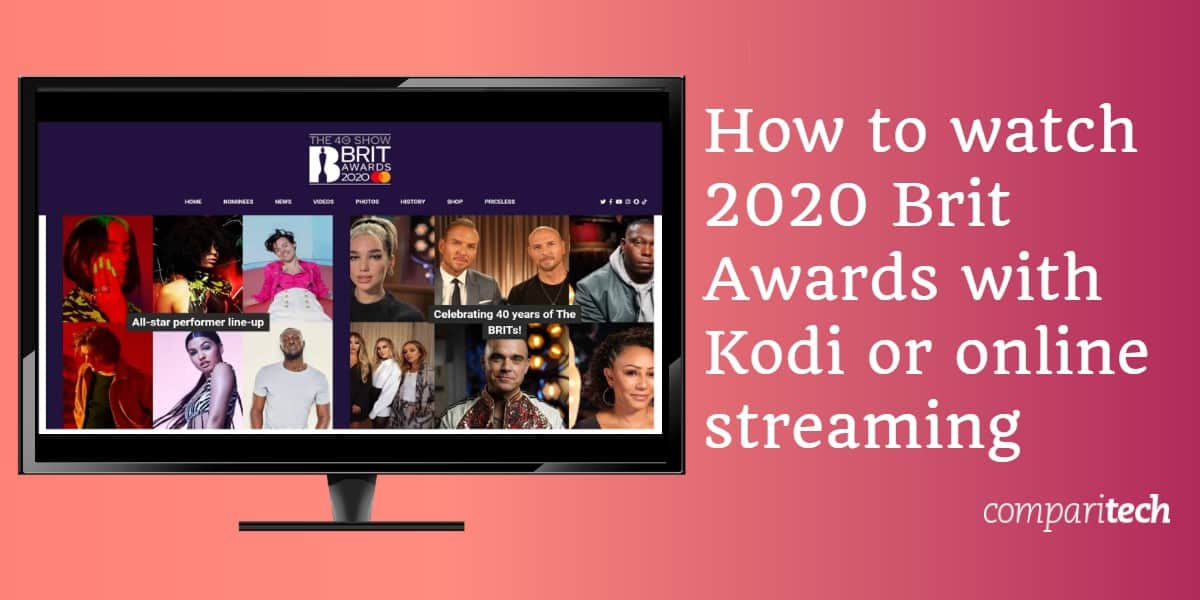 This year’s Brit Awards will air on Tuesday, February 18, from 8 PM until 10 PM GMT (12 PM PST / 3 PM EST). The event will be held at the O2 Arena in London and is to be hosted by comedian Jack Whitehall for the third year in a row. Don’t worry if you can’t make it to this star-studded event in person: below, we’ll let you know how to stream the entire Brit Awards 2020 live from the comfort of your own home.

It’s important to note that we’ll only be recommending official sources. There are almost always unlicensed streams and addons showing high-profile events, but these often leave a lot to be desired in terms of reliability and video quality. However, as the 2020 Brit Awards will be broadcast free-of-charge, there’s really no reason to use unauthorized sources.

Major streaming platforms often use geo-restriction measures to prevent access unless you’re in a particular country. As such, you’ll need a VPN if you’d like to watch your usual services while traveling abroad (outside the UK).

Bypassing regional restrictions is easy with the right VPN. Follow the steps below to stream the Brit Awards live from anywhere in the world.

Here’s how to watch the Brit Awards 2020 online from abroad (outside UK):

Since the Brit Awards will be broadcast live, it’s important to test your VPN with the steps above well in advance. This approach ensures that if anything doesn’t work as expected, you’ll still have time to get help from the customer support team and might not have to miss the start of the show. The VPNs listed have money-back guarantees so you can cancel after the show and receive a full refund if you don’t want to keep the service.

How to watch the Brit Awards 2020 online

The Brit Awards will be broadcast free of charge and live (albeit with a few seconds of delay in case anyone gets a little too far off-script) on ITV1. This means you’ll be able to watch the entire 2020 Brit Awards online using via ITV Hub (or the STV Player, if you’re in Scotland). You’ll have to sign up first, but this is a quick and simple matter that only takes a few minutes: just verify your email address, log in, and you’ll be able to stream ITV live right away.

If you’re having difficulty unblocking ITV Hub from outside of the UK, you might find it easier to watch the Brit Awards on TVPlayer.com, since this site hosts another, fully-licensed ITV live stream and has less rigorous geo-blocking measures in place. As in previous years, the 2020 Brit Awards will also be streamed live on YouTube.

Whichever service you decide to use, since you’ll be watching content at the same time as it’s shown on TV, UK law requires you to have a valid TV License. This is something that’s easy to accidentally overlook, though, since neither YouTube, ITV Hub, or TVPlayer make it very clear. In fact, none of these services actually even verify whether you have a TV License or not.

If you usually live in the UK but will be abroad on February 18, you can still watch all of the action live by connecting to one of your VPN’s British servers. We recommend ExpressVPN. ExpressVPN includes a 30-day money-back guarantee so you can receive a full refund after the awards if you choose not to keep it.

Who are the 2020 Brit Awards nominees?

This year’s Brit Awards has nine different categories. Below, you’ll find a full list of the 2020 Brit Awards nominees and the award for which they’re competing.

Which artists are expected to do well?

Unlike in previous years, the nominations appear to be fairly spread out. In fact, only a handful of artists have more than one nomination; Lewis Capaldi, Stormzy, and Dave each have three.

The real controversy is sure to surround the International Female Solo Artist award. Billie Eilish has had a fantastic year, sweeping the Grammys, but with Lizzo seeing more mainstream success, and Lana Del Rey releasing the critically-acclaimed Mariner’s Apartment Complex, there’s no obvious winner.

Can I live stream the Brit Awards 2020 on Kodi? 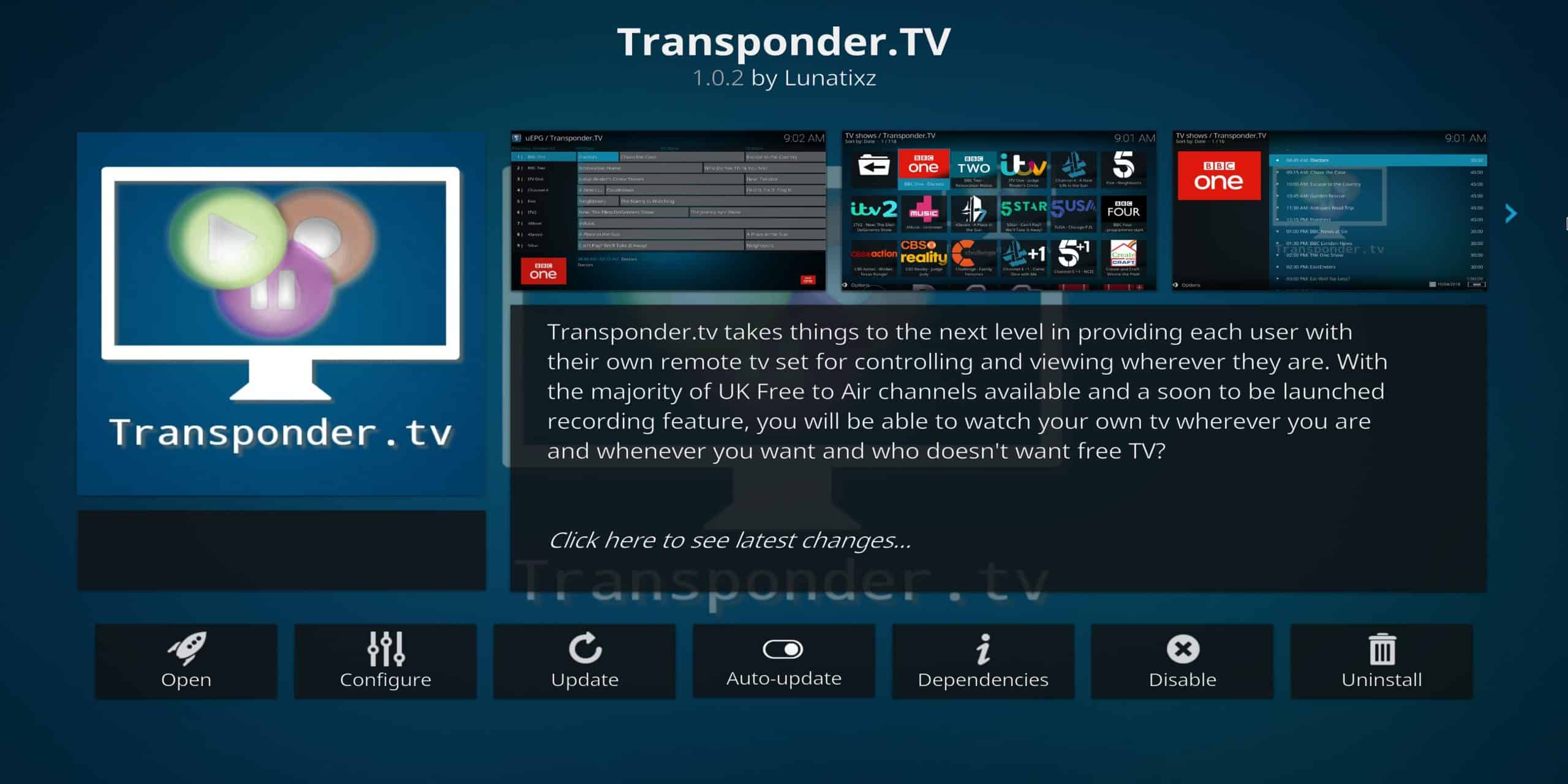 While Kodi previously had an official ITV Hub addon, this no longer works. Instead, you can watch ITV1 live using the Transponder.tv addon in the official Kodi addon repository. However, this isn’t ideal since you first have to create an account, and second have to enter your payment details (although the service does offer a free trial).

The better option is to use the YouTube addon (available from the same place), but don’t click the Live option on the main screen since there’s no easy way to filter results from here. Instead, we recommend first searching for “Brit Awards”, then clicking the Live folder that appears.