How to watch Coroner Season 4 online 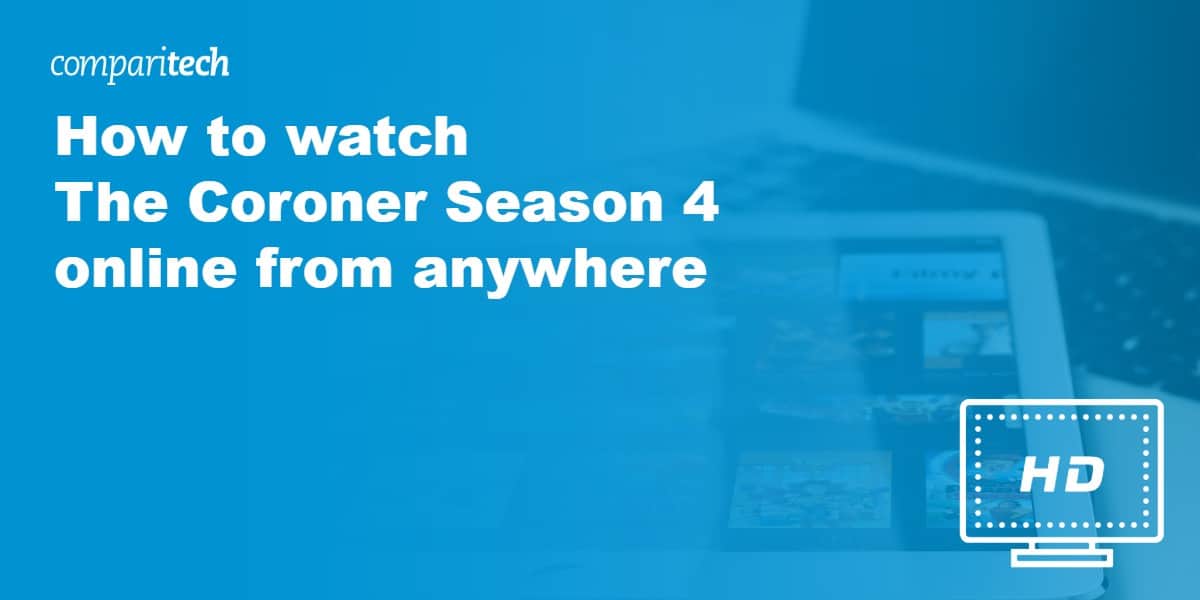 The Canadian drama Coroner will return to CBC Gem on January 6, 2022. All around the world, fans of the popular police mystery are wondering how to stream the premiere of Coroner as soon as it airs.

Unfortunately, Coroner has not yet got an official release date in many countries. This means that you will need to stream Coroner on CBC’s Canadian website. As you probably know, this can be a little tricky because of the geo-restrictions imposed by the streaming platform.

The good news is that anybody can use a VPN to pretend to be back home in Canada while traveling abroad. A VPN conceals your location from the websites you visit. This allows you to bypass regional blocks to access foreign services, including CBC Gem.

How to watch Coroner season 4 with a VPN

Using a VPN to access CBC while on vacation is easy as long as you subscribe to a VPN that has reliable Canadian servers. Follow the steps below to find a VPN that works to stream CBC abroad, and instantly access episodes of Coroner from anywhere on earth.

Here’s how to watch Coroner Season 4 from anywhere:

As soon as your VPN connects to a server in Canada, you will receive a Canadian IP address. As a result, you will be able to stream Coroner from anywhere on earth. Please note that not all VPNs work to access CBC Gem abroad, so you must stick to one of our recommendations to stream the show.

If you have any issues watching Coroner, contact your VPN to find out which Canadian server is optimized for streaming. Alternatively, clear the cookies and cache in your browser to ensure the CBC website can’t detect your real location.

WANT TO TRY THE TOP VPN FOR CORONER RISK FREE?

NordVPN is offering a fully-featured risk-free 30-day trial if you sign up at this page. You can use the VPN rated #1 for Coroner without any limits or restrictions for a month—great if you want to watch Coroner outside of Canada.

When is the Coroner season 4 release date?

Season 4 of Coroner will premiere on CBC Gem on Thursday, January 6 at 8 PM ET. Episode two will air on January 13th, with each following episode to be broadcast a week apart until the end of March. The first two episodes are called Emerge and Cutting Corners, but we know little else about the rest of the season

It is also not yet known whether there will be another season of Coroner, so fans of the show should make the most of this latest installment. Below, we have included a full list of episodes with their release date:

Where can I stream Coroner season 4 online?

The easiest way to watch Coroner season 4 for free online is to use the Canadian service CBC Gem. The service is completely free as long as you don’t mind adverts Alternatively, you can pay for a premium account to remove those ads if you like. This will cost $4.99 Canadian per month.

Can I stream Coroner Season 4 in the US or the UK?

Although the UK’s Channel 4 (All 4) acquired the rights to seasons 1 and 2 of Coroner in 2020, there has been no announcement regarding seasons 3 and 4 coming to the streaming platform yet.

Season 3 of Coroner aired on the UK’s Sky Witness in February, March, and April of 2021. Unfortunately, there has been no announcement about season 4 coming to Sky Witness yet, either.

In the US, CBC has a licensing agreement with UpTV until March 2022. Despite this, there has been no announcement regarding Coroner season 4. Sling TV carries CBC Drama, and Coroner season 4 should air on that channel. However, Sling TV starts at $30 US per month. That makes it much more cost-effective to stream Coroner with a VPN on CBC Gem.

CBC Gem and other Canadian TV channels are easy to unblock with a VPN. This means that anyone traveling in the UK, the US, Australia, Europe – or anywhere else in the world – can stream the new season of Coroner as soon as it becomes available!

Can I stream Coroner on CBC Gem for free?

Yes, You can stream episodes of Coroner on CBC Gem completely free. All you need to do is connect to a VPN server in Canada and head over to CBC Gem to sign up.

The great thing about CBC Gem is that you do not need any cable TV details or other local information to use the service. That means that as soon as you purchase your VPN subscription with NordVPN, you will be able to head over to CBC to watch Coroner, no matter where you are.

How many episodes of Coroner will there be in Season 4?

Fans of Coroner will be happy to hear that there are 12 episodes of Coroner in season 4. Each episode is expected to be around 45 minutes in length.

Can I use a free VPN to stream Coroner season 4?

No. Although there are some free VPNs available on the market they are not suitable for streaming Coroner. Free VPNs have few servers, and they are often oversubscribed. This makes these free services too slow for streaming in HD. In addition, we have yet to find a free VPN with servers in Canada that work to access CBC Gem. This is because it is easy for CBC to block the IPs of free VPNs.

The paid VPNs we have recommended in this guide work hard to stay one step ahead of the blocks implemented by streaming platforms like CBC, BBC iPlayer, Netflix, Hulu, etc. As a result, our recommendations consistently unblock those services. In addition, all the VPNs on this page have a money-back guarantee. This means you can test them to watch Coroner risk-free.

Finally, it is worth noting that free VPNs have concerning privacy policies, unsavory data practices, badly implemented encryption, and app vulnerabilities such as DNS leaks. They have even been found to contain spyware. This makes using free VPNs a huge risk to your online health.

What do we know about Coroner season 4?

Coroner is a Canadian police drama based on the Jenny Cooper novels by M. R. Hall. The police procedural drama follows coroner Jenny Cooper (played by Serinda Swan) as she tries to solve mysterious criminal cases.

Not much is known about season 4, however, it seems that Jenny Cooper will continue to struggle with things from her past while solving all manner of strange cases. The makers of the show have done an excellent job of keeping everything under wraps, so you will need to tune in to find out exactly what happens!

What is the cast for season 4 of Coroner?

As you would expect, Serinda Swan will be returning in her role as coroner to solve cases in and around Toronto, where the series is set. Below we have included a list of cast members expected to return in season 4: