If you’d like to watch France vs England live online for free, we can help. Below, we’ll explain how to live stream this 2020 Six Nations match while traveling abroad using a Virtual Private Network (VPN).
Mark Gill TECH JOURNALIST, VPN AND PRIVACY SPECIALIST 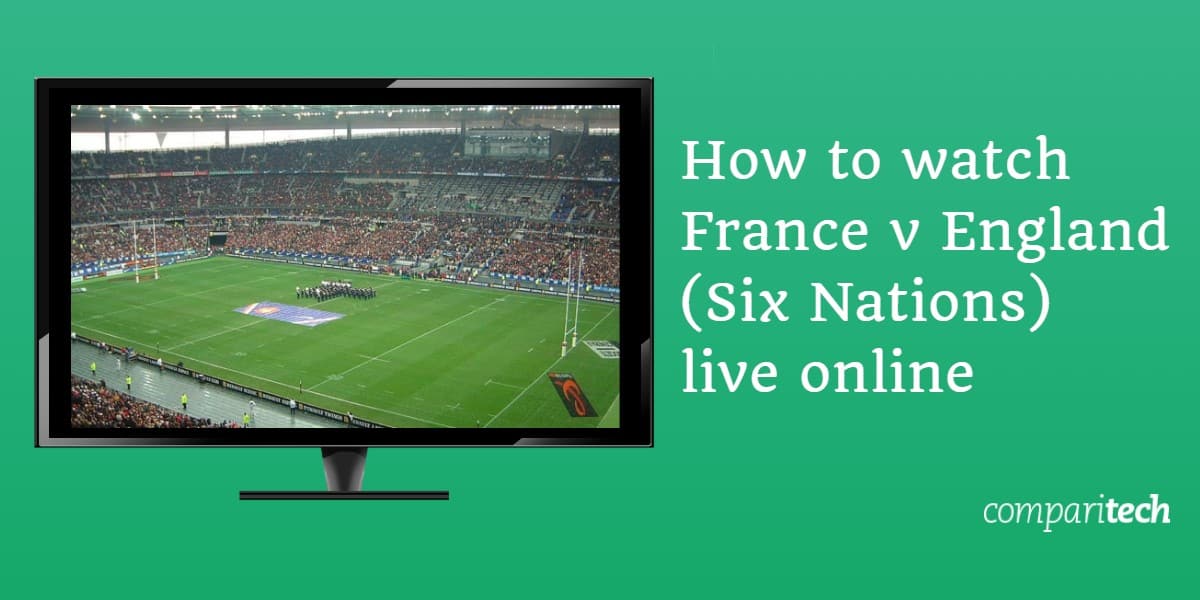 The France vs England 2020 Six Nations match is to take place on Sunday, February 2 at 3 PM GMT (4 PM CEST). The opening weekend game will take place at Stade de France, Paris, and is expected to be a closely-fought battle. The good news is that you don’t have to be there in person; read on to find out how to watch France v England live online, from anywhere in the world.

Note that we’ll only be recommending official sources for watching France vs England. Unlicensed streams will certainly be available but are likely to be taken offline for copyright infringement. You may also find them to be of poor quality with low resolution and lots of lag. Fortunately, you can live stream France v England for free. As such, there’s no need to worry about missing the match due to unreliable unofficial sources.

France v England (and every other 2020 Six Nations match) will only be shown on region-locked platforms. This means you’ll need a VPN if you want to watch the match on your home services for free when traveling abroad.

When you connect to a VPN, your internet traffic is routed through an encrypted tunnel to the VPN’s server. You’re then provided with an IP address for the country where the server is located. This lets you unblock geo-restricted content such as the France vs England match.

Here’s how you can live stream France vs England online, from anywhere for free:

The France v England 2020 Six Nations match will be broadcast live. For this reason, we recommend you test your VPN with your chosen platform in advance. You can then contact your VPN’s customer support if you encounter any issues, potentially avoiding any last-minute disappointment.

How to live stream France vs England free on UK TV

The 2020 Six Nations broadcasting rights are shared by the BBC and ITV. In the case of France vs England, the match will be shown by the BBC. This means you can live stream the match online for free on BBC iPlayer. In order to do this, you’ll need a BBC iPlayer account. Signing up requires you to enter an email address and create a password. You’ll also be asked to provide your name, date of birth, and a UK postal code (any UK postal code will do).

BBC iPlayer content is geo-blocked which means a VPN is required if you want to watch it outside the UK. This involves connecting to a server in the UK for a UK IP address. You can then watch BBC iPlayer without restriction when traveling abroad. ExpressVPN unblocks BBC iPlayer and ITV plus it comes with a 30-day money-back guarantee. You can, therefore, use it to watch France v England risk-free and receive a full refund if you’re not satisfied.

Where else can I watch France vs England live online?

The 2020 Six Nations will be shown by over two dozen broadcasters in countries around the world. However, it’s important to know that not all are free to watch like BBC iPlayer. Regardless, you can find the full list of TV broadcasters on the Six Nations Rugby website. Below, we’ll go through some of the options available:

Rugby fans in France can also watch France vs England for free. In fact, the entire Six Nations tournament will be shown on France 2. Unlike BBC iPlayer, you don’t need to sign up for an account to watch. However, France.tv’s content is region-locked. This means it’s only available in France. Fortunately, you can unblock it and stream the France vs England game abroad by connecting to a server in France for a French IP address.

To watch the France vs England match in Australia, you’ll need beIN Sports. Cable TV subscribers can sign in with their TV provider and watch the entire 2020 Six Nations at no extra cost. If you don’t have cable TV, don’t worry. You can also watch beIN Sports Australia contract-free with Foxtel Now. The monthly subscription costs $54 AUD ($25 for the basic subscription and $29 for the sports package). Foxtel Now also includes a 10-day free trial. Foxtel does block certain VPNs from time-to-time so be sure to pick a VPN with a money-back guarantee.

You can also watch beIN Sports via Fetch TV. It’s possible to sign up via your ISP or buy a Fetch box outright. However, the beIN Sports package costs an additional $19.99 monthly. beIN Sports Australia content is geo-blocked but is accessible outside Australia with an Australian IP address. To do this, all you need to do is connect to a VPN server in Australia.

What should I know about the France vs England Six Nations match?

The first rugby union match between France and England was held in 1906. Historically nicknamed ‘Le Crunch’, the upcoming 2020 Six Nations match will take place at Stade de France in Paris. The two nations have met on 106 occasions with England winning 58, France winning 40, and the teams drawing eight times. The most recent matchup saw England win 44-8 in the 2019 Six Nations.

Despite England’s favorable record, the potential outcome of this 2020 Six Nations match isn’t black and white. Of the 52 matches played between the two teams in France, 27 have been won by France. As such, France’s home advantage means we can expect this to be a hard-fought opening weekend fixture.

See also: How to watch the Six Nations free online