How to stream The Watch season 1 online from anywhere

Trying to find out how you can stream The Watch? In this post, we’ll explain where you can watch season 1 of The Watch online from anywhere, even if you're traveling abroad.
Mark Gill TECH JOURNALIST, VPN AND PRIVACY SPECIALIST 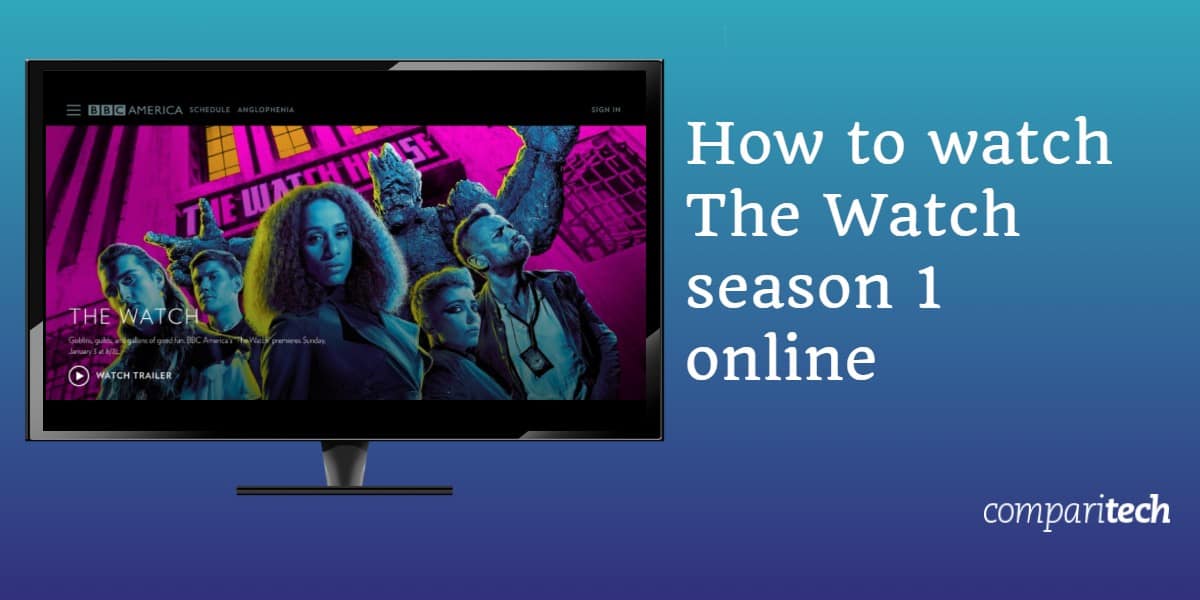 The Watch season 1 will premiere on Sunday, January 3, at 8 PM EST (5 PM PST). The fantasy police procedural will consist of eight 60-minute episodes and is inspired by the Ankh-Morpork City Watch from the Discworld book series by Terry Pratchett. However, due to geo-blocking, The Watch season 1 may not be available to stream in your location. By using a Virtual Private Network (VPN), you’ll be able to watch it while traveling abroad.

There are a couple of reasons why we’re only recommending official sources for watching The Watch season 1. In particular, unlicensed streams are usually low-resolution and some will be taken down for violating copyright. Overall, official sources are of higher quality and a much more reliable option for streaming. As such, there’s really no need to risk missing out on The Watch due to a questionable source from a third party.

The Watch season 1 will only be available on region-locked platforms. This means that if you’re traveling abroad, you’ll need a VPN to watch it via the same streaming platforms you usually use at home.

How to watch The Watch season 1 abroad with a VPN

By connecting to a VPN, you can change your IP address. This tricks websites into thinking you’re in another location. One advantage of this is that you can then access region-locked content such as The Watch on BBC America.

Here’s how to live stream The Watch season 1 online from anywhere:

The Watch season 1 will broadcast live on BBC America. That’s why we recommend you test your VPN with BBC America ahead of the January 3 premiere. If you have any issues, you can then troubleshoot them with your VPN’s customer support.

How to watch The Watch season 1 on US TV

The Watch season 1 will premiere on BBC America. If you have a US cable TV subscription, you may already have access to the channel. In this case, all you need to do is go to BBC America via the website or app and sign in. You’ll need to enter the same login details you use with your TV provider (an email address or username and password).

It’s important to note that whether you stream The Watch via BBC America or one of the TV streaming services listed, you’ll need a US IP address to watch abroad. This is due to copyright laws resulting in geographic restrictions. However, you can bypass this by using a VPN to connect to a server in the US. NordVPN has strong unblocking and includes a 30-day money-back guarantee. As such, you’ll be able to try it with BBC America risk-free.

What can we expect from The Watch?

Based on the City Watch subset of Terry Pratchett’s Discworld novels, The Watch is a fantasy police procedural. Set in the fictional Discworld city of Ankh-Morpork, it follows a group of misfit cops as they attempt to save their corrupt city. The upcoming show has not been without controversy, though, with some fans of Discworld unhappy at the creative liberties taken. Indeed, the late Terry Pratchett’s daughter, Rhianna Pratchett, said that the television adaptation “shares no DNA with my father’s Watch”.

Who are the cast of The Watch?

The cast of The Watch is led by Richard Dormer who stars as Sam Vimes, Captain of the Watch. He’s joined by Jo Eaton-Kent as Constable Cheery and Adam Hugil as Constable Carrot. Further cast members include Marama Corlett (Sick Note), Lara Rossi (Cheat), and Wendell Pierce as the voice of Death.