Want to make sure you don’t miss the first of the Australian Open women’s semi-final matches? We reveal how to live stream Barty vs Kenin from abroad using a VPN.
Aimee O'Driscoll 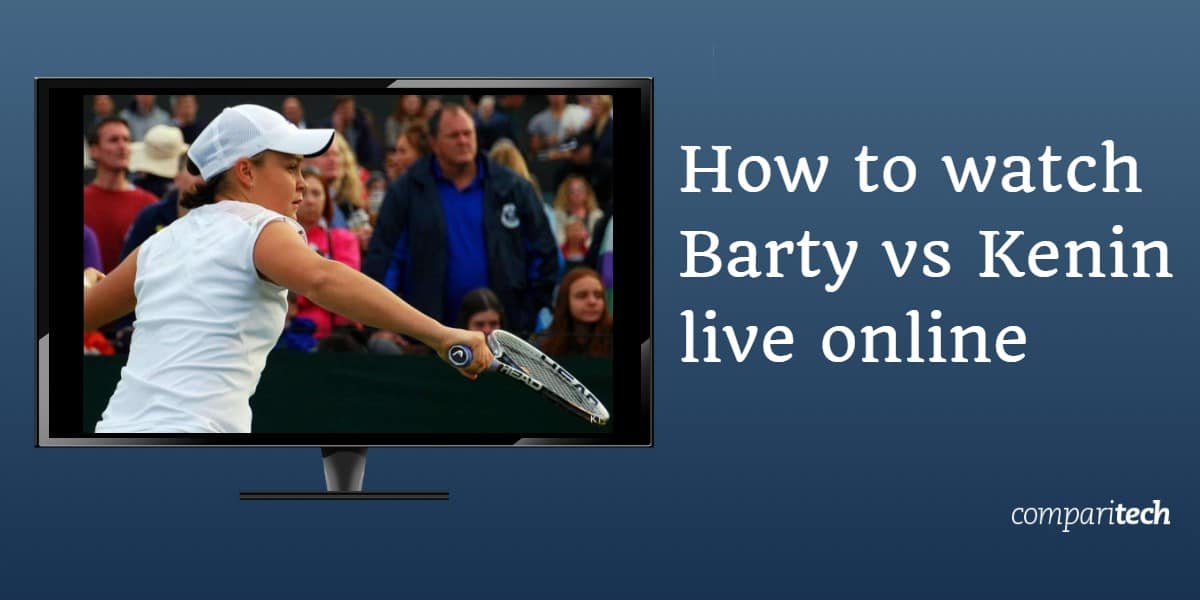 The Australian Open women’s singles tournament has been an exciting one so far. Now with just four spots remaining in the race to the coveted title, things are getting even more intense. The first women’s singles semi-final match takes place on January 30 (January 29 in some countries) at 2:00 pm AEDT (3:00 am GMT / 10:00 pm EST). World number one Ashleigh Barty will take on 14th-ranked Sofia Kenin. Don’t worry if you can’t make it to Australia to watch the match in-person. We’ll explain how to live stream Barty vs Kenin online from anywhere in the world.

Bear in mind we’ll only be recommending official streams. There will undoubtedly be unlicensed broadcasts available for this match, but we suggest avoiding these. They will usually be of poor quality and could be taken down midway through the match. With free options accessible, there should be no reason to try these anyway.

Platforms broadcasting this match are usually geo-restricted. To access your home services while traveling abroad, you’ll need to connect to an appropriate VPN server.

How to watch Barty vs Kenin abroad for free

A Virtual Private Network (VPN) encrypts all of your internet traffic and sends it through a secondary server (that you choose the location of). You’re assigned the IP address of that server, which makes it appear to streaming sites that you’re in that country. This enables you to unblock content that is normally geo-restricted.

How to live stream Barty vs Kenin online (free) from anywhere:

It’s a good idea to test the stream before the match begins in case you do run into issues. At least you’ll have time to troubleshoot and get in touch with customer support if needed.

Fans in Australia can tune in to watch this match on Channel Nine (or The Nine Network). It will be available online via 9Now. You do need an account to watch, but there’s no fee to sign up. During the registration process, you will be asked to provide an Australian postal code, although it’s not verified so any one will do.

9Now is geo-restricted and only available in Australia. If you’re outside the country, you can simply connect to an Australian VPN server and watch as normal. If you don’t have a VPN provider, we recommend ExpressVPN. It’s the fastest VPN we’ve seen and it’s great at unblocking. This company extends a generous 30-day money-back guarantee, so you could use it to watch the rest of the tournament and then get a refund if you don’t want to keep it.

Where else can I watch Barty vs Kenin online?

As a Grand Slam tournament, the Australian Open is hugely popular outside of Australia, so you can expect coverage in many parts of the globe. Below we reveal where you can watch depending on where you are.

Tennis fans in the US will be able to watch Barty vs Kenin on ESPN. To view a live stream, you need access to ESPN+ or the ESPN mobile app. If ESPN is part of your cable bundle, you can log in using your cable provider credentials.

Some over-the-top services, including Sling TV and PlayStation Vue, also provide access to ESPN. By taking advantage of a free trial period with one of these services, you may be able to watch the remainder of the tournament for free.

Otherwise, you can purchase ESPN as a standalone service for $50 per year or $5 per month. There is no free trial period for this subscription at this time.

These services can only be accessed with a US IP address, so you’ll need to connect to a US VPN server to access them from outside the country.

Viewers in Canada have the option of watching this game with English or French-language commentary through TSN or RDS, respectively. Both of these services offer live streams (via TSN Direct and RDS Direct) and mobile apps (TSN Go and RDS Go).

If your chosen service is part of your current cable package, you can use your cable provider credentials to log in to the live stream. If not, you can purchase TSN or RDS as a standalone service. Day passes cost $4.99 CAD and monthly passes cost $19.99.

TSN and RDS are only available in Canada, so you’ll need a VPN to access either service while traveling outside the country.

In the UK and other parts of Europe, Eurosport has the rights to show all Australian Open matches. Barty vs Kenin will be shown on TV on Eurosport 1, and you can watch online on Eurosport Player. If Eurosport is included in your UK cable package, you can log in to the player with your provider credentials.

If not, you can watch Eurosport Player by purchasing a monthly or annual pass. One month is £6.99 while an annual pass costs £39.99.

Eurosport Player is inaccessible outside of Europe so you may need a VPN to watch while traveling.

Ashleigh Barty is currently ranked number one in the world. With Sofia Kenin ranked number 14, Barty is the clear favorite to win. Plus, as an Australia native, Barty is playing on home ground which will likely bolster her confidence even further.

Barty breezed into the semi-finals, beating Petra Kvitova in straight sets. That said, Kenin performed similarly well, beating Ons Jabeur in two sets. In fact, she has only dropped one set in the entire tournament so far.

While Kenin remains fairly inexperienced, she has played against Barty on five prior occasions. Barty won four of these matches, which indicates again that she has a better chance of winning this time. However, you never know if overconfidence could bring her down, or if sheer determination could see Kenin moving on to the final.