How to watch the Fed Cup Final 2019 online from anywhere

Looking to live stream the Federation Cup Final online for free? Below, we’ll let you know how to watch the Fed Cup Final 2019 from abroad with a VPN.
Ian Garland Streaming, Kodi and VPN Expert 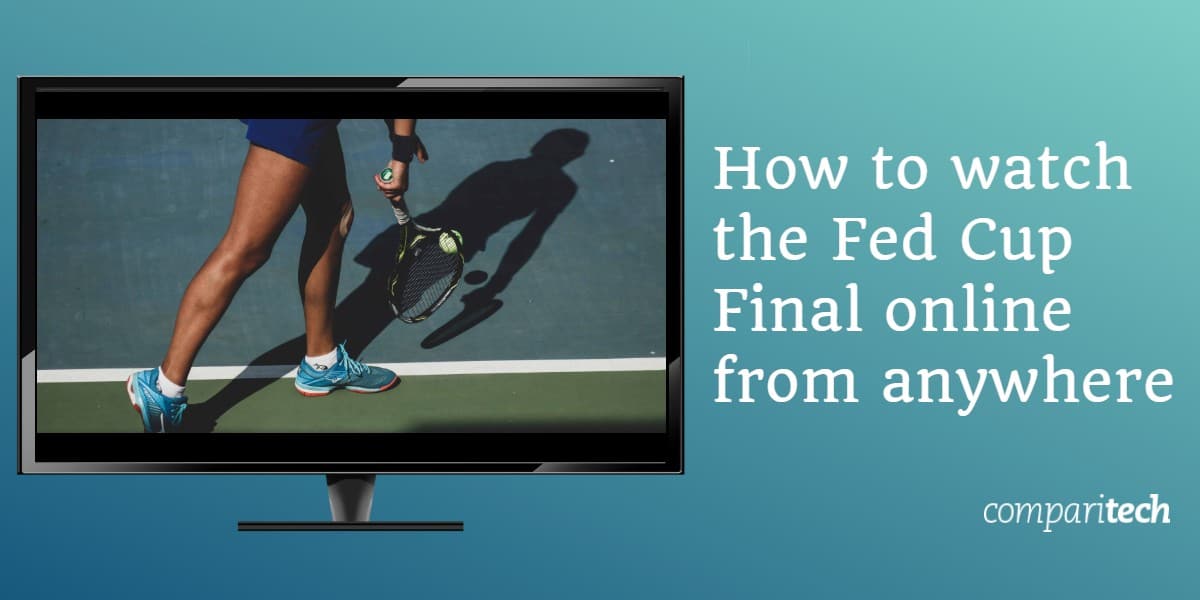 The Fed Cup is a little different from most tennis tournaments in that the final is held over two days and consists of four matches. The first two games will be held on November 9 at 2 PM AEDT (10 PM EST / 3 AM GMT), with the remaining reverse singles and double matches the following day at the same time. You don’t have to travel to Australia to follow the action live; below, we’ll explain how to live stream the Fed Cup Final for free from abroad.

It’s important to note that we’ll only be recommending official sources. The Federation Cup is a major sporting event, and as such, unofficial streams are almost inevitable. However, we advise against using these; not only is the video often of very low quality, but the copyright holder can also have such streams taken down at a moment’s notice. Luckily, with international broadcasters in dozens of countries, there’s no need to use unreliable third-party streams.

The Fed Cup Final 2019 will only be broadcast for free on region-locked streaming services. If you’re outside of a supported country but still want to watch the Fed Cup online for free, you’ll need a VPN.

Most major streaming services check the user’s IP address to see if they’re in a supported country or not. However, when you connect to a VPN server, you’re given a new, region-specific IP address that tricks geo-restricted services into thinking you’re in a different country. This sounds complicated, but it’s actually quite simple; just follow the steps below.

Here’s how to watch the Fed Cup Final 2019 free from anywhere:

The Fed Cup Australia vs France fixtures will be broadcast live, which is why we recommend testing your VPN well in advance. This way, you’ll know about any problems ahead of time and will have time to contact your VPN’s customer support team, making it less likely you’ll miss the start of an important match.

Both days of the Fed Cup Final will be broadcast live on Channel 9, which means you can stream every minute of the action free of charge on 9Now. You will have to create an account before you can watch anything, but this doesn’t cost anything and only takes a minute.

One of the best things about this platform is that it keeps recently-aired shows for at least a week. This means that there’s no need to worry if you have other plans over the weekend since you can always just catch up on the day’s events later.

9Now is region-locked, which means you’ll have to either be in Australia or connected to an Australian server to use it. Don’t have a VPN yet? ExpressVPN offers a 30-day risk-free money-back guarantee so you can try it out and claim a full refund if unsatisfied.

Where else can I stream the Federation Cup Final online?

The Fed Cup Final might be held in Australia, but it’ll be broadcast in dozens of countries around the world. Take a look below to find out which networks are showing the Fed Cup where you are:

American fans can stream all of the Fed Cup Final matches live on the Tennis Channel. If this channel is already included as part of your cable TV subscription, you’ll be able to sign in and watch online at no added cost.

If you’d prefer to watch the Fed Cup Final online without cable, there are two options. First, you could pay $99.99 USD per year for an online-only Tennis Channel pass. However, this is overkill considering there are only two days of the tournament left. Instead, you’re better off signing up for PlayStation Vue, as this offers a seven-day free trial and can be used to log in to the Tennis Channel website. Just remember to cancel before the trial ends to avoid being charged.

All of the services above are geo-restricted, so you’ll need a VPN to access them from outside of the US.

Watching the Federation Cup Final is actually very easy if you’re in France; just tune in to the free live stream on France.tv at 3:50 AM CEST. You don’t have to create an account, and if this is a little too early for you, you can also watch the matches on-demand at a more suitable time.

France.tv is region-locked and only available in France. However, you can use the service as normal when abroad by connecting to a French VPN server.

Unfortunately, there’s no publicly available and up-to-date list of international broadcasters. As such, it’s not possible to provide a comprehensive guide for every country. However, if you’ve checked your local networks and can’t find a way to watch the Fed Cup Finals online, you could use the live stream on the Federation Cup website.

It’s worth noting that this isn’t free, and there’s no monthly subscription option. Instead, you’ll have to pay €39.99 (around $44.35 USD) for a year-long pass. As such, you may be better off using a VPN to access the free 9Now stream.

Who is expected to win: France or Australia?

Australia is the slight favorite to win overall, thanks to its strong performance against Belarus and the historical advantage it has over the French squad (five wins to a single loss). Given that Australia last won the Fed Cup in 1974 (45 years ago), a victory would be well-deserved and long overdue.

On the other hand, France’s Kristina Mladenovic is one of the few who was able to defeat the Aussie’s star player (and current world #1) Ashleigh Barty in a singles match earlier this year. If the entire French team remains cool under pressure, they could be in with a chance, but otherwise, Australia look likely to break their losing streak this year.