How to watch The King George VI Chase online 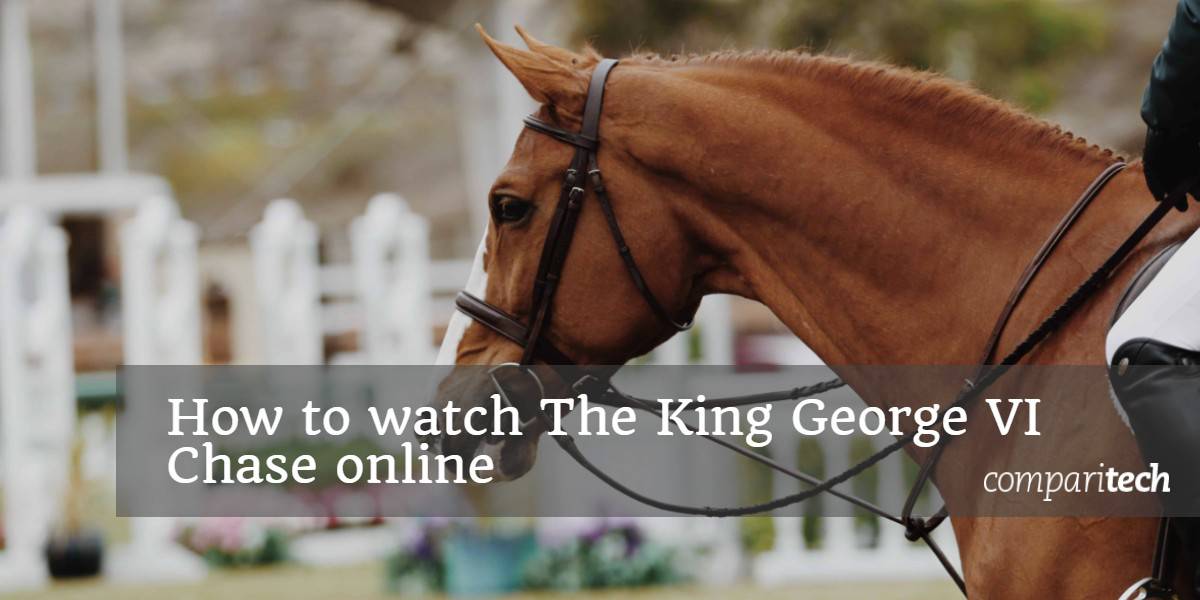 Rather stay in on Boxing Day? No problem: below, we’ll explain how you can stream the King George VI Chase in its entirety online. However, you should note that if you’d like to watch this race for free outside of the UK, you’ll need a high-speed VPN capable of unblocking ITV Hub abroad.

This article will only recommend official broadcasters. Although events like this often have unlicensed streams, they come with significant disadvantages. For a start, unofficial streams are often laggy and low-resolution. There’s also a good chance they’ll be taken offline before the end of the race. You can watch the 2018 King George VI Chase for free anyway, so there’s no reason to use unlicensed streams.

New to VPNs and not sure how to get started? Follow the steps below to unblock and stream the King George VI Chase wherever you are:

We strongly recommend running through the steps above well before the race begins. This way, if anything doesn’t work as intended, you’ll still have time to contact customer support and resolve the issue. Remember that this event is live, so if you realize too late that your VPN doesn’t work, you’ll miss part of the race.

ITV will be showing the entire Winter Festival, with coverage running from 1:20 PM GMT(5:20 AM PST / 8:20 AM EST) until the end of the King George Chase. As a bonus, you’ll be able to watch the Rowland Meyrick Handicap Steeple Chase from the Wetherby Racecourse.

Racing TV has a far wider selection of live horse races to watch, but it’s a premium service. It costs £24.98 per month, although day passes are available for £10. There’s really no need to pay to watch this event, however, as it’ll be streamed in its entirety on ITV.

You should note that both of these services will show the race as it airs on TV, so you will need a UK TV License to watch. This is easy to accidentally overlook as neither service actually checks to see if you have a TV License or not. You’ll also need a VPN to access ITV Hub or Racing TV abroad. ExpressVPN offers a 30-day money-back guarantee so you can try it out, enabling you to live stream the 2019 King George Chase for free.

Which horses are competing?

20 horses will compete in this Grade 1 National Hunt steeplechase on December 26. However, we won’t know for sure which horses are running until December 23. Below, we’ve listed a few of the horses participating in the 2019 King George VI Chase and will update when more information becomes available:

Which horses are expected to do well?

Kempton Racecourse is a flat, three-mile long track. However, there’s no time for rest; jockeys usually go all-out from the start in this race. As such, the winning horse has to be one with both speed and stamina.

Last year’s winner, Clan Des Obeaux will make his return and is sure to put in a good showing. However, at the moment, Cyrname is the favorite, closely followed by Lostintranslation. It’s easy to see why; while these horses have struggled with consistency before, both have won each of their last three races.