How to watch Punky Brewster online from anywhere

Would you like to watch the Punky Brewster reboot online for free? We’ll explain which networks are showing this cultural classic and how a VPN can help you stream Punky Brewster anywhere in the world.
Ian Garland Streaming, Kodi and VPN Expert 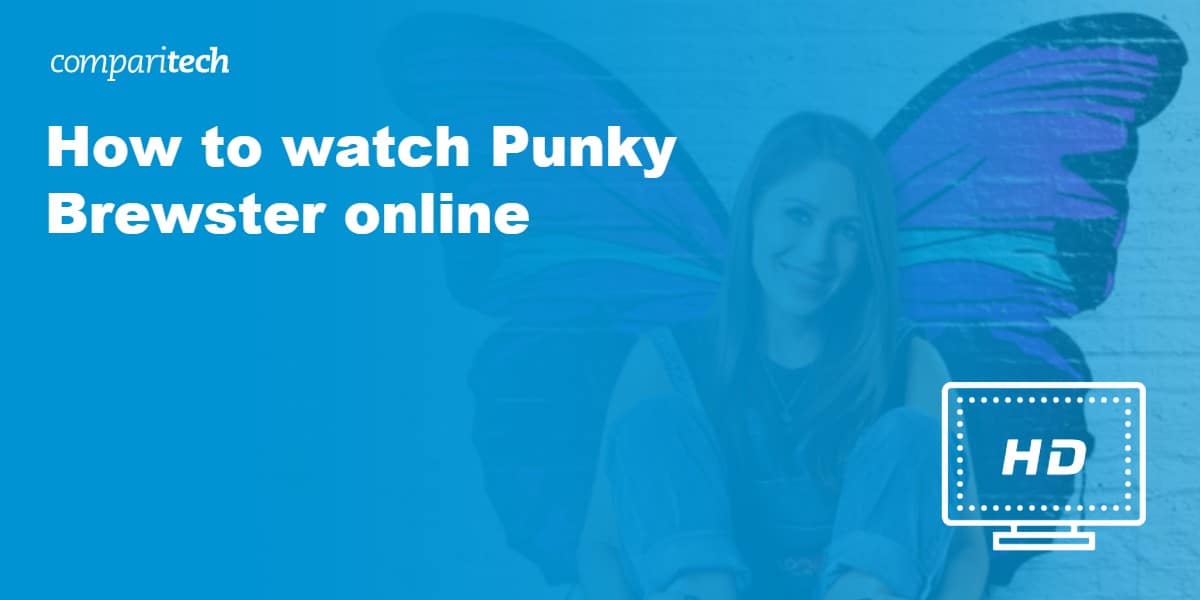 It’s been 34 years since the last episode of Punky Brewster aired, but the series is finally making a return. All ten 30-minute episodes will release at once on February 25, making the new season just as bingeable as the originals. Better still, this revival will continue the story, rather than just being a reboot or a reimagining of older material. Take a look below to find out where you can watch Punky Brewster in your country.

As you might imagine, there’s a large fanbase that has been waiting a long time for this. Unfortunately, this makes unofficial streams all the more likely. That said, we strongly advise sticking with official sources; they guarantee you the highest quality video, and there’s no chance of them being taken offline for copyright violation. Besides, with multiple free ways to stream Punky Brewster online, you have nothing to gain by using shady, third-party sources.

New episodes of Punky Brewster will only be available on geo-restricted streaming services. This means that if you’re traveling and looking to watch on the same services you would back home, you’ll need a VPN.

How to watch Punky Brewster online abroad (outside US)

In short, VPNs send your internet traffic through a server somewhere else in the world. This changes your IP address and allows you to access geo-blocked services from outside of their intended broadcast area. This sounds more complicated than it actually is; just follow the steps below to unblock and stream Punky Brewster from anywhere.

Here’s how to watch Punky Brewster (reboot) online from anywhere:

The new series of Punky Brewster will be exclusive to Peacock, NBC’s new streaming platform. This service allows users to watch a ton of content for free, with ads, but a premium subscription ($4.99 USD per month) is required for some shows, such as The Office.

It’s unclear yet whether Punky Brewster will be free to watch, but if it’s anything like the Saved By The Bell reboot, you’ll need a premium account ($4.99 USD per month) to watch anything other than the first episode. Here’s the good news: Peacock offers a seven-day free trial. Since every episode of Punky Brewster will be released at once, it’s easy to sign up, watch the new series, and cancel to avoid being charged.

Looking for a refresher before the new series begins? No problem: you can stream all four seasons of the original Punky Brewster for free (with ads) on Peacock or the NBC website.

Peacock is region-locked, so if you’re outside the US, you’ll need a VPN to use it. NordVPN comes with a 30-day money-back guarantee, meaning you can try it completely risk-free. If you only need it for this one task, or if you’re unimpressed with the service, just cancel during this time to receive a full refund.

Where else can I stream the Punky Brewster reboot?

It’s surprisingly difficult to watch the original series of Punky Brewster outside of the US. Thankfully, though, the reboot is being released in a few other countries, with more likely to follow. Here’s a list of every confirmed international broadcaster for the Punky Brewster reboot:

Canadians have to wait a little longer for the new series to arrive. However, they have more options for watching it than their neighbors in the US.

The most straightforward way to watch is via the StackTV addon for Amazon Prime Video. This costs an additional $12.99 CAD per month on top of Amazon base subscription price ($7.99 per month). However, both of these include a 30-day free trial. All 10 episodes will be released at once, so you can simply sign up, watch them all, and cancel before you’re charged.

W Network will be showing new episodes back to back from 8 PM EST on March 4. If your cable TV package already includes this channel, you can sign into the Global TV website and watch online at no added cost. These episodes will also be shown on YTV the following day, but the only way to watch this channel online is via StackTV.

The above services are usually only available in Canada. That said, you can access them while traveling abroad by connecting to a Canadian VPN server.

Stan has exclusive broadcasting rights to the Punky Brewster remake in Australia. Plans begin at $10 AUD per month, following a 30-day free trial. All ten episodes of the reboot will be added on February 26, very shortly after the show debuts in the US. Unfortunately, though, no major streaming service currently offers the original four seasons.

This service is geo-restricted, meaning that if you’re outside Australia, you’ll need a VPN To watch.

What can fans expect from the new version of Punky Brewster?

Peacock recently released a two-minute trailer for the Punky Brewster revival that gives us a pretty good idea of what to expect. Punky is now a mother of three, and is struggling to get back into dating following her recent divorce. However, things quickly get out of hand when she meets a young girl named Izzy whose life mirrors her own at that age.

From what we’ve seen so far, the series looks like it will tick all the boxes for long-time fans. In fact, the trailer manages to squeeze in multi-colored shoes, “Holy macanoli,” and Punky’s famous dance, so it might even be worth watching for the nostalgia alone.

Who is starring in the Punky Brewster revival?

Soleil Moon Frye will be reprising her role as the titular Penelope “Punky” Brewster, but she’s not the only familiar face making an appearance in the new series. Cherie Johnson is returning too, in her role as Cherie, Punky’s best friend.

Of course, it’s been a long time since the original show, and many of its stars including George Gaynes and Susie Garrett have passed away. The Peacock reboot looks set to usher in a new era by introducing Punky’s children, Diego (Noah Cottrell), Daniel (Oliver De Los Santos), and Hannah (Lauren Lindsey Donzis). Freddie Prinze Jr will play Travis, Punky’s ex-husband, while newcomer Quinn Copeland will play Izzy.