How to watch England vs. Tonga online for free (Rugby World Cup 2019)

Looking to watch England and Tonga face off at the 2019 Rugby World Cup? We explain how to live stream England vs. Tonga online for free, as well as how to watch from abroad with a VPN.
Ian Garland Streaming, Kodi and VPN Expert 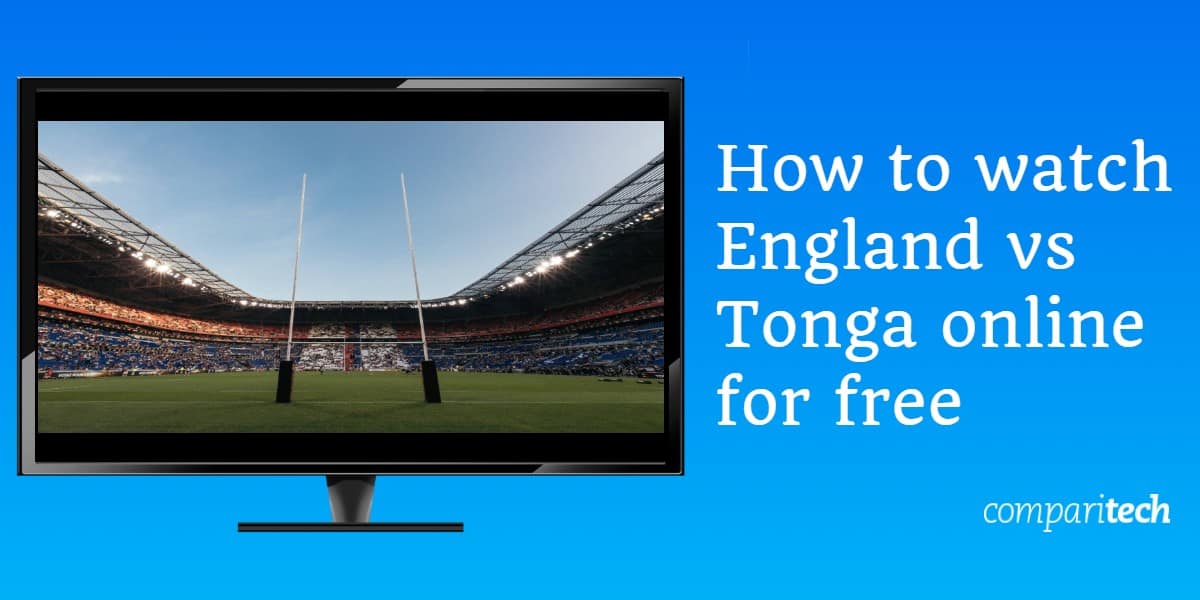 The England vs. Tonga match will take place at 6:15 AM EST (3:15 AM PST / 11:15 BST) on September 22. Don’t worry if this is a little too early since most of the broadcasters showing this fixture will allow you to watch on-demand at a more reasonable time. Take a look below to find out how to live stream England vs. Tonga for free, from abroad.

You should note that we’ll only be recommending official broadcasters. Unauthorized streams are often available for high-profile events like this but these tend to be laggy, with low-resolution video. Further, unlicensed streams can be taken offline partway through for copyright violation, meaning you might not get to see which team wins. Luckily, you can watch England vs. Tonga online for free anyway, so there’s no point in using shady third-party sources.

This match will air exclusively on region-locked streaming services. To watch from outside of a supported country, you’ll need a Virtual Private Network (VPN).

How to watch England vs. Tonga abroad with a VPN

New to VPNs and not sure how to get started? Just follow the steps below to live stream the England vs. Tonga Rugby World Cup match for free.

Here’s how to watch England vs. Tonga live online from anywhere:

This game will be broadcast live, so it’s important you take a few minutes to test your VPN with the steps above beforehand. This way, if anything doesn’t work as expected, you’ll still have time to get help from your VPN’s customer support team and might not have to miss the start of the match.

How to stream England vs. Tonga for free on UK TV

ITV is showing every 2019 Rugby World Cup match live and free of charge, both on terrestrial TV and its online streaming platform, ITV Hub. Better still, this service allows you to watch recently-aired shows for up to 30 days on-demand, so there’s no need to get up early on a Sunday.

While you can use ITV Hub for free, British law does require you to have a TV license if you want to watch anything at the same time that it’s shown on TV. This means that you don’t need a license if you plan to watch England vs. Tonga on-demand. Additionally, ITV doesn’t actually check whether you have a license or not and instead relies entirely on an honor system.

ITV Hub is region-locked, so you can only watch if you’re in the UK or connected to a British VPN server. Don’t have a VPN yet? ExpressVPN offers a 30-day money-back guarantee which allows you to stream England vs. Tonga risk-free and claim a full refund if you’re not impressed with the service.

Where else can I watch the England vs. Tonga game live online?

Looking to watch England vs. Tonga from outside the UK? No problem: below, we’ll let you know which networks are showing the Rugby World Cup 2019 in your country.

NBC is broadcasting the 2019 Rugby World Cup across America. Although you can watch certain games for free with a valid cable TV subscription, England vs. Tonga isn’t included. As such, the only way to watch this match is with an NBC Sports Gold pass.

Unfortunately, a single match pass costs $29.99 USD. This price seems particularly high and is likely in place to persuade you to pay $199.99 for the Rugby World Cup pass. However, this tournament is being broadcast free of charge in other countries, so there’s no need to pay such a steep price.

NBC Sports Gold is only available in the US, so if you’d like to access it abroad, you’ll need a VPN.

TSN has exclusive broadcasting rights to this event in Canada. It’s showing every Rugby World Cup fixture (including England vs. Tonga) live online, and if you have a cable TV subscription with a major provider, you can log in and watch them all for free.

Want to watch the Rugby World Cup without cable? Not a problem: just purchase a TSN Direct pass. These cost $4.99 CAD per day or $19.99 per month. It’s worth mentioning that your payment method has to be linked to a Canadian address, though, so it’s difficult to sign up unless you usually live in Canada.

TSN is geo-restricted but existing subscribers can access it from outside Canada with a VPN.

Australian fans can watch England vs. Tonga at around 8 PM AEST on Fox Sports. Existing Foxtel TV subscribers can log into the Foxtel Go app and stream the game at no added cost. If you don’t have cable or you’re with a different provider, you’ll have to sign up for Foxtel Now instead.

This service costs $25 AUD per month, plus an extra $15 for the sports channel pack. However, it comes with a 10-day free trial, during which you can watch any channel you like. This means you can stream England vs. Tonga (and several other Rugby World Cup games) live, for free, then simply cancel to avoid being charged.

Foxtel services are only available in Australia. If you’re abroad, you can log in and use them as normal by connecting to an Australian VPN server. 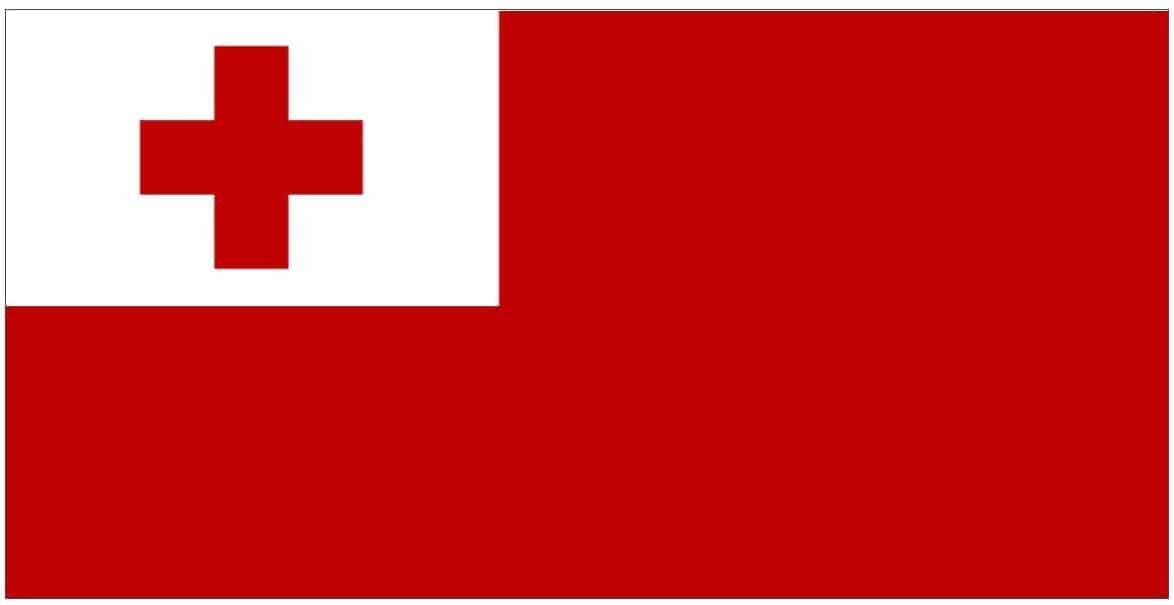 Fiji TV is the official broadcaster for the Pacific Islands, including Tonga. This service is completely free to use, and you don’t need an account to watch anything. However, Fiji TV’s schedule appears to be incomplete and as a result, we don’t know whether it will be showing England vs. Tonga online or not.

This service isn’t region-locked but we still recommend using a VPN as some internet service providers have been known to reduce the speeds of customers who stream frequently.

Don’t panic if we haven’t mentioned your country above! The 2019 Rugby World Cup will be broadcast in dozens of countries, so it’s likely there’s a local broadcaster where you live. For more information, check out the Rugby World Cup’s list of official international broadcasters.

It’s unfortunate for Tonga to have been grouped into the so-called “pool of death” alongside strong opponents like England, the USA, and France. Perhaps predictably, England is the overwhelming favorite for this match, with bookmakers offering around 40/1 odds on Tonga winning.

So why are Tonga such long shots? Well, the team has won just two of its last 10 games whereas the English squad has won seven. Further, although Tonga and England have only played each other twice previously, England has won both times, once by over 90 points. On the other hand, rugby is an especially unpredictable sport, so who knows, perhaps Tonga will beat the odds and surprise everyone.