How to watch England vs. USA live for free (Rugby World Cup 2019)

Want to watch England vs. USA live online? We’ll explain what time this Rugby World Cup match is on, who’s most likely to win, and how to live stream England vs. USA for free, from abroad using a Virtual Private Network (VPN).
Ian Garland Streaming, Kodi and VPN Expert 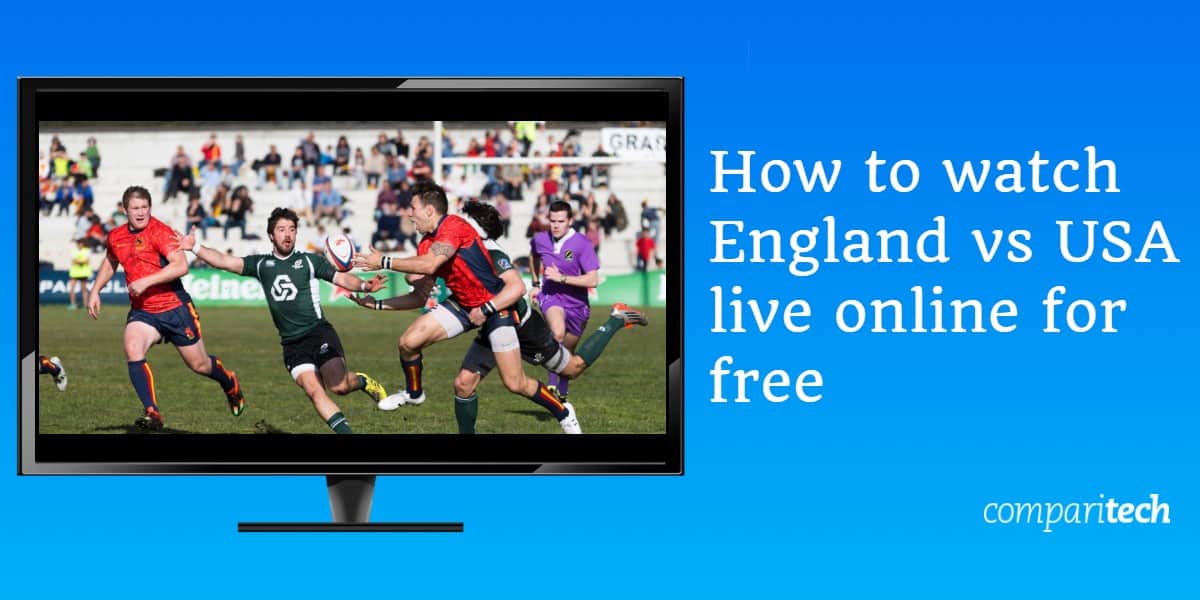 The English and American national rugby squads will face off at 7:45 PM JST (11:45 AM BST / 6:45 AM EST) on September 26. It’s the first game of the tournament for the USA, and considering England currently sits at the top of its bracket, fans are in for an extremely exciting match. Read on to find out how to live stream England vs. USA abroad, for free.

You should note that we’ll only be recommending official sources for this match. While there are often third-party streams of major sporting events like the Rugby World Cup, we strongly advise against using these. The video is often laggy and only available in low resolutions, plus unauthorized streams can be taken offline at any moment for copyright violation. Luckily, as there are legitimate, free-to-use services showing this game, there’s no need for shady streams.

This game will only be shown on region-locked streaming services. This means that if there’s no official broadcaster in your country, you’ll need a VPN to watch England vs. USA online.

How to watch England vs USA from abroad with a VPN

Don’t worry: even if you’ve never used a VPN before, it’s actually quite easy to unblock geo-restricted streaming services. Just follow the steps below:

Here’s how to watch England vs USA live online from anywhere:

Note: This match will be broadcast live and as such, it’s important you test your VPN (using the steps above) well before the game is due to begin. This way, if you run into any problems, you’ll have time to get help from your VPN’s support team and won’t have to miss the start of the match.

How to live stream England vs. USA for free on UK TV

It’s nice and easy to watch England vs. USA in the UK. This fixture (and every other 2019 Rugby World Cup game) will be broadcast live and free of charge on ITV Hub. Better still, this platform allows you to watch matches on-demand for up to 30 days after they air. This is a particularly welcome feature given that the time difference sees many Rugby World Cup games begin early in the morning.

Note that if you plan to watch England vs. USA live online, British law requires you to have a TV license. That said, ITV Hub doesn’t actually check whether you have one or not and instead relies on an honor system.

ITV Hub is region-locked and only available in the UK. However, you can access it from abroad by connecting to a British VPN server. Don’t have a VPN yet? ExpressVPN offers a risk-free, 30-day money-back guarantee which will allow you to stream England vs. USA live from anywhere. If you’re not impressed, simply cancel within 30 days to receive a full refund.

Where else can I watch the England vs. USA game online?

With official broadcasters in dozens of countries, it’s remarkably simple to stream the 2019 Rugby World Cup live online. Read on to find out how to watch the England vs. USA match where you are:

In the US, the Rugby World Cup will be shown exclusively by NBC. This match (and every other game featuring the American national squad) will be available on NBCSN, which means that if your cable TV package includes this channel, you can watch online at no added cost.

Looking to stream the Rugby World Cup without cable? You can also watch NBCSN using over-the-top services like Sling TV, fuboTV, and YouTube TV. These services come with a free trial, so you can watch the game and cancel afterward to avoid being charged.

Unfortunately, if you’d like to watch other countries’ fixtures, you’ll need to purchase a Rugby World Cup pass on NBC Sports Gold. This costs $29.99 USD per game or $199.99 for the whole tournament, which is extortionate given that other countries are broadcasting every match for free.

All of the above services are geo-restricted. As such, you’ll have to either be in the US or connected to an American server to access them.

TSN is broadcasting every single match of the 2019 Rugby World Cup live. If TSN is already included as part of your cable TV subscription, you can simply sign in and start streaming immediately at no added cost.

Don’t have cable? No problem: just sign up for TSN Direct instead. This costs $4.99 CAD per day or $19.99 per month, although unfortunately, there’s no trial period. Additionally, to register, you’ll need a payment method that’s linked to a Canadian address.

TSN is region-locked and particularly difficult to sign up for unless you usually live in Canada. However, existing subscribers can use this service as normal when abroad by connecting to a Canadian VPN server.

Every match of the 2019 Rugby World Cup will be shown live on Fox Sports in Australia. This means that if your Foxtel TV package includes Fox Sports, you can watch online for free using the Foxtel Go app. If you’re with a different provider or you don’t have cable, don’t worry; you can also stream England vs. USA on Foxtel Now.

Foxtel Now costs $25 AUD per month, but you’ll have to pay an extra $15 for the sports pack. This service comes with a 10-day free trial, during which you can watch any channel you like. As such, if you only want to watch this game, you can just sign up and cancel before the trial ends to avoid being charged.

Foxtel Go and Foxtel Now are both geo-restricted. This means you’ll need a VPN to access them outside of Australia.

Having trouble finding out which networks are showing the Rugby World Cup where you live? The good news is that with official broadcasters in more than 30 countries, there’s a good chance you’ll be able to watch. Just check the official list of international broadcasters to get started. Remember, though: not every broadcaster will allow you to watch the match online, so it pays to make sure one way or the other before the game begins.

England is the favorite in this match, and it’s not hard to see why. It’s currently the third-highest ranked squad in the world, while the Americans are sitting down at #13. Additionally, although the US squad has pulled off decisive victories over fearsome opponents this year, it has also lost to the likes of Uruguay (currently ranked #19 in the world).

When you’re competing in the “pool of death,” consistency is key, and unfortunately, the US squad tends to struggle in this area. England, on the other hand, hasn’t lost a match since March, and just recently dismantled Tonga 35–3. Barring a major upset, it looks likely that the England squad will win this by a comfortable margin.