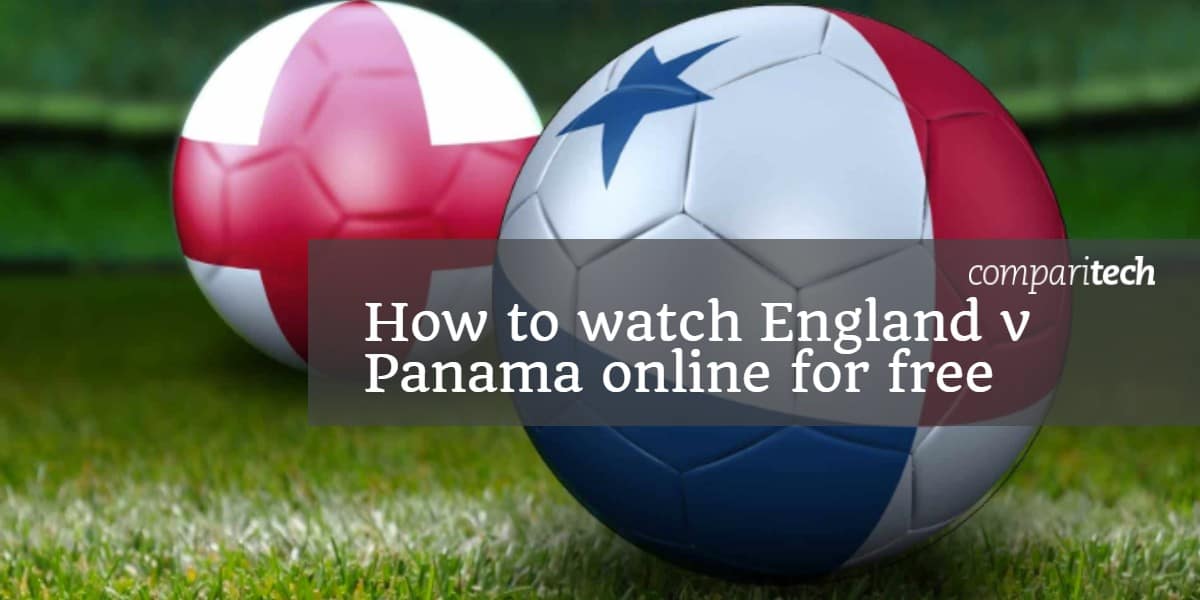 With a win over Tunisia under their belts, England fans are probably chomping at the bit to see if their team can conquer Panama and help them secure a spot in the next round. On the other hand, Panama supporters are looking for their team to score some points and secure a longer stay at the FIFA World Cup 2018 tournament. This Group G showdown will take place at the Nizhny Novgorod Stadium in Nizhny Novgorod on June 24 at 1PM BST (5AM PST / 8AM EST).

Even if you’re not a fan of either team, chances are you’ll want to tune in and view the action in this important game. Thankfully, there are plenty of broadcasters showing the game live online with commentary in a variety of languages. And if you know where to look, you might be able to stream it for free.

Depending on where you’re located and the language you want, you might run into issues. Many streams are geo-restricted and can’t be accessed from outside the source region. Thankfully, there’s a simple solution in the form of a Virtual Private Network (VPN). This can mask your IP address to make it appear that you’re located somewhere else. This means you can access free live streams of the England v Panama game from the US, the UK, Canada, Australia, Germany, France, and anywhere else, in various languages.

In this post, we’ll explain how to watch England vs Panama online  and other World Cup 2018 matches. Plenty of broadcaster and VPNs have mobile apps, so you can watch games on-the-go too.

Broadcaster across the globe have secured partial or full rights to show the Russia World Cup 2018 games via television and online. The commentary language will vary depending on the source region. If you want commentary in English, there are a lot of options for free and paid viewing, including:

Panama fans might be looking for Spanish commentary for the game. There are a number of options on this front too, including:

Of course, there are many other Spanish-speaking countries, certain broadcasters in which will have World Cup rights too.

For streams originating in other countries, you can check out the full list of official World Cup broadcasters. If you want to watch a live stream that originates in a region outside of the one you’re in, a VPN can help (more on this below).

Of the streams mentioned above, some are free while others are paid. Some paid options require a subscription to a cable provider or over-the-top service, so are technically free for existing subscribers. We’ll look at all of these options in a bit more detail in the next sections.

If it’s English commentary you’re looking for, and you like to stream for free, then one of the best options is The World Game website. This site is run by SBS, an Australian broadcaster, and doesn’t require any subscription.

It has rights to a limited number of games — although it has recently added a bunch more to its roster — and the England v Panama match is one of them. All you need is an Australian IP address. This is easily achieved from anywhere in the world by connecting to an Australian VPN server.

For Spanish commentary, you can use one of the streams we mentioned earlier. And if you’re not in the source region at the time, a VPN can be used to spoof your location.

ExpressVPN is a top-rated provider with fast speeds, an extensive server network, and famed abilities for unblocking geo-restricted content. All of these factors combine to make it an excellent choice for streaming FIFA World Cup 2018 games.

This provider is known for making user security and privacy top priorities. It allows three simultaneous connections and offers apps for Windows, MacOS, Linux, Android, and iOS. So you’ll be able to stream England v Panama on any device.

ExpressVPN is simple to set up and use and provides top-notch customer support. You can simply choose a plan (1 month, 6 months, or 12 months) and sign up with your choice of payment. ExpressVPN offers a 30-day no-fuss money-back guarantee, so you could actually use it for the entire tournament and then get a refund.

READER DEAL: Get an ExpressVPN annual term and enjoy three months for free.

While ExpressVPN is our first recommendation, there are some other great providers out there. NordVPN and CyberGhost can both unblock geo-restricted content and have some sweet deals.

How to watch the England v Panama game with a VPN

When you’re ready and have a VPN provider in mind, here are the simple steps to take to stream this and any other World Cup game:

It’s probably a good idea to do a test run well before kickoff time, so you have time to deal with any issues that might prevent the stream from playing.

Where to stream the World Cup games with Spanish commentary

If you’re in Panama, then you should have relatively straightforward access to streams with Spanish commentary. Three broadcasters have partial or full rights to FIFA World Cup 2018 matches and will be streaming them online: Televisora Nacional, Sky, and Movistar.

The latter two require paid accounts, but Televisora Nacional can be accessed for free. Its live streams play through TVMax, which can be viewed from anywhere, even without the use of a VPN.

For those in the US, you can get Spanish commentary World Cup streams through Telemundo Deportes. You will need to sign in using credentials from a cable or select over-the-top provider.

If you’re in Spain, Mexico, Argentina, or any other Spanish-speaking country, you’ll likely have access to a local broadcast with Spanish commentary. We listed some of these earlier but you can check out the full list of official broadcasters of the World Cup for more information.

To access any of these streams outside of the source region, you can do so using a VPN.

For those looking for English-language commentary, there are a plethora of options. Accessibility is mixed, depending on where you’re located. Let’s take a look at options in some English-speaking regions.

Viewers in the UK can enjoy live World Cup streams for free, either via BBC iPlayer or ITV Hub. ITV and BBC share rights to the tournament, so games will be available on one channel or the other. The England v Panama game will be shown on BBC One and online through BBC iPlayer.

Both services require you to sign up and to have a valid UK TV license. The signup process involves a postal code, but this doesn’t appear to be verified, so any UK postal code could be entered. The TV license isn’t checked either, so technically both services are accessible from outside the UK. All you need is a VPN that will unblock them.

The BBC is cracking down on VPNs, but ExpressVPN reliably unblocks BBC iPlayer as well as ITV Hub.

All commentary for both of these services will be in English.

For English commentary, Fox Sports has exclusive rights to broadcast FIFA World Cup games in the US. You can access live streams on the website or through the Fox Go app using credentials from a cable provider or over-the-top provider such as DirecTV Now, Sling TV, and fuboTV. Alternatively, you can buy a Fox Sports soccer match pass for $19.99. All matches can be viewed via the Fox Sports Go app.

As mentioned earlier, Spanish streams in the US will be available through Telemundo Deportes.

If you don’t have a cable subscription but want to watch the game from the US, you can use a VPN to access a live stream sourced from another country.

Several Canadian broadcasters have full rights to the World Cup 2018 matches: CTV, TSN, and RDS. The first two will have English commentary while RDS will stream games in  French. All of these broadcasters have mobile apps (CTV Go, TSN Go, and RDS Go) so you can watch while you’re on the move.

However, any of these streams will require you to sign in using credentials from a cable provider. The alternative is to buy an individual subscription (available for TSN or RDS) priced at $24.99 (CAD) per month each.

To negate having to pay, you can use a VPN to access a non-Canadian free live stream.

We mentioned The World Game website earlier and indeed this is one of the best options for Australians wanting English commentary. The site is run by SBS, and while it doesn’t have access to all games, it will be showing the England v Panama game live.

To have the opportunity to watch all games via an Australian broadcaster, Optus Sport is your only option. It requires a paid account but it’s pretty inexpensive at AUD $15 per month. Plus, it’s offering a 14-day free trial so you could actually watch most of the remaining World Cup games for free.

We covered Spanish and English, but if you’re looking for another language here are some options for various parts of the globe:

Even if you’re outside of the source region, you can access many of these streams using a VPN to spoof your location. Just check your provider has servers in the desired region before signing up.