England may have lost their chance at winning the 2018 World Cup, but there’s still the battle against Belgium for third place. We’ll explain where you can watch Belgium vs. England online for free and live. Further, we’ll describe how a Virtual Private Network (VPN) can bypass regional blocking and allow you to live stream the FIFA World Cup from any country in the world including Belgium, the UK, US, Germany, France, Spain or anywhere else. 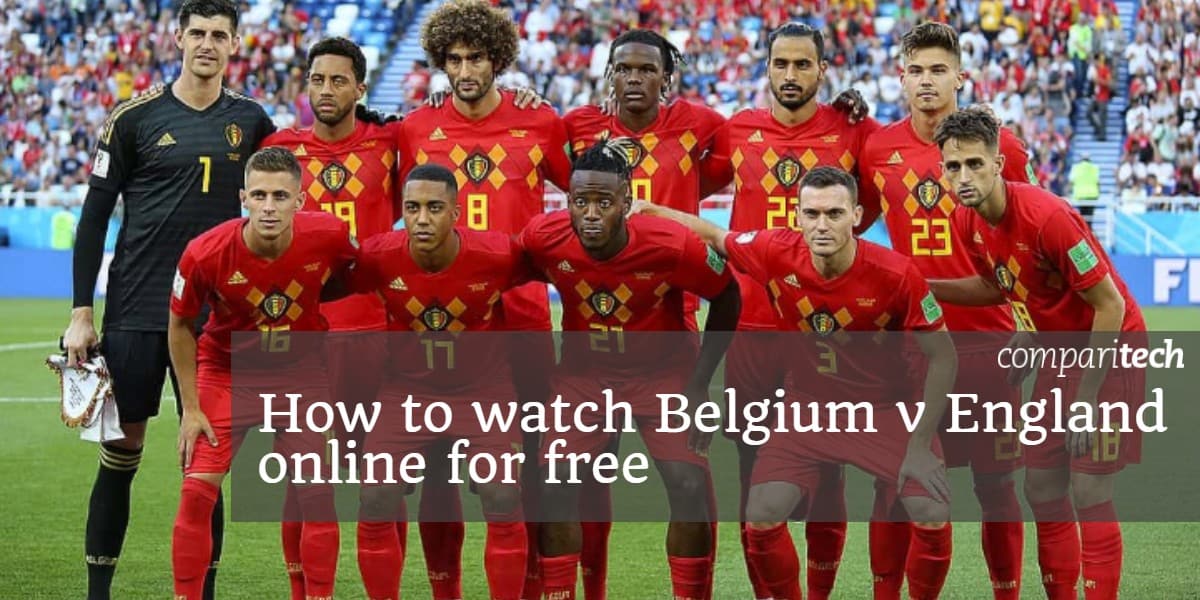 Belgium face England at the Kresotvsky Stadium in Saint Petersburg on July 14. It’s the match no team wants to end up playing but might just produce some exciting football with the pressure off, in what is often seen as a pointless game.

You’ll be pleased to know that watching the World Cup third-place playoffs is very straightforward. It’s being broadcast in more than 100 countries, with many broadcasters showing it absolutely free. Take a look at the country-specific guides below to find out how you can catch every moment of what’s sure to be a very exciting match.

How to stream the World Cup third-place match online

Don’t worry if English isn’t your first language; the World Cup is being broadcast the world over, so there’s more than likely a stream in your native language. That said, it’s still easiest to find sources with English commentary. We’ve included a quick guide to watching the World Cup in major English-speaking countries below:

Bear in mind that some sources don’t have the rights to show every World Cup game. This is less of an issue now that there are only two matches left, but there’s no guarantee a given source will show the World Cup Final just because it’s showing the third-place playoff. At this point, we’d advise against signing up for subscription services unless they have a free trial period. 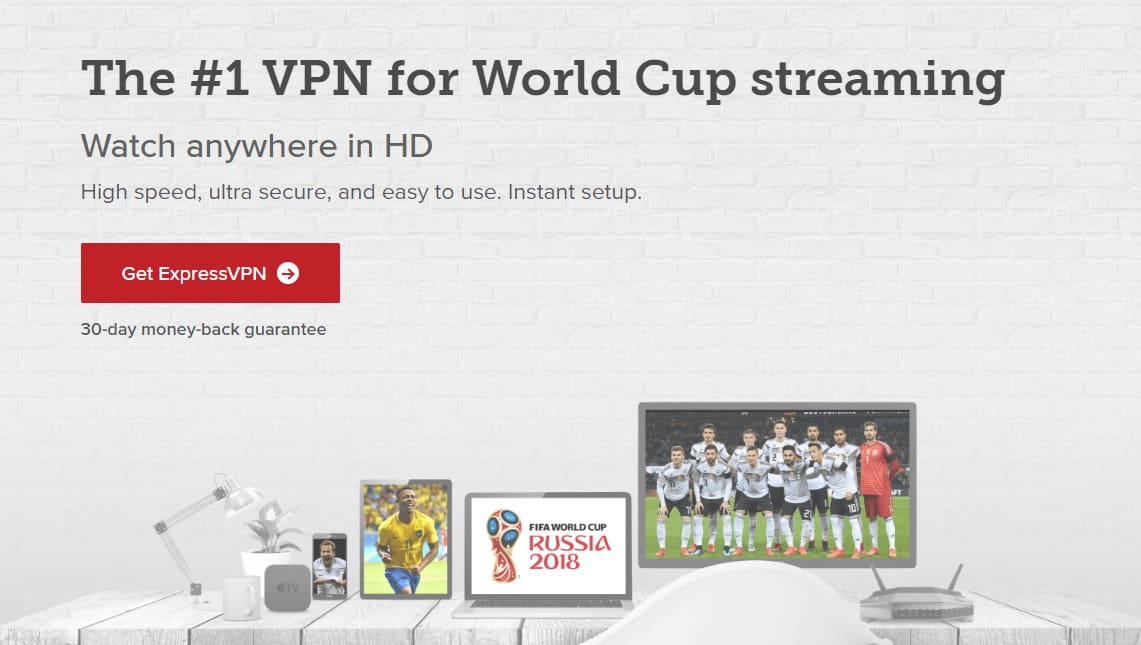 We recommend using ExpressVPN to protect yourself when streaming the World Cup. This VPN has excellent multi-platform support, as well as a host of security options designed to keep you and your personal information safe from prying eyes. It’s a strong choice for those who like to stream thanks to its vast network of high-speed servers and excellent unblocking potential. ExpressVPN is one of the few VPNs left which can reliably bypass BBC iPlayer’s regional blocking.

Getting started with ExpressVPN only takes a few minutes. Just choose a subscription term (one, six, or twelve months) and submit payment. From this point, you have 30 days to evaluate the service. If you’re unsatisfied, you can cancel during this trial and receive a full refund. Why not test it out by watching both of the remaining World Cup fixtures?

READER DEAL: Cut the price by 49% and get an extra three months free by choosing ExpressVPN’s annual plan.

So how exactly do you use a VPN to stream the World Cup? It’s actually very simple; here are the basic steps to follow to watch Belgium vs. England:

You can now watch every World Cup game online and free!

As well as Telemundo Deportes, your cable package has to include NBC Universo for you to be able to watch online. Fox Sports is a little less strict; although you can login via your cable provider, you can also watch if you subscribe to any of the following streaming services:

It’s particularly difficult to sign up for Fox Sports and Telemundo as a non-US resident. These networks, and all the over-the-top packages listed above, check to see if you have a US-registered payment method. If you’re an American on vacation, however, you can stream as normal by connecting to one of your VPN’s US servers.

You can also watch the World Cup via Kodi using the Fox Sports or NBC Sports Live Extra addons. Be sure to avoid any third-party sports addons, however highly recommended they come, as these often use unlicensed, unreliable streams. Not sure if it’s a third-party addon? If it seems too good to be true, it probably is.

CTV, RDS, and TSN are all showing both remaining fixtures live to Canadian audiences. You can watch using either the appropriate web player or mobile app (CTV Go, RDS GO, or TSN Go). There’s one caveat, though: you’ll have to sign in via your cable provider to watch full matches.

Don’t have cable TV? That’s not necessarily a problem as RDS and TSN allow you to subscribe for $24.99 (CAD). On the other hand, the World Cup ends in a few days so the price might be too high to justify. We’d recommend finding a free source or a premium service with a free trial instead.

TSN and CTV provide English-language commentary, but RDS will have French coverage instead.

How to watch the 2018 World Cup in Australia

Australian soccer fans have it easy: after premium streaming service Optus Sport was unable to provide stable World Cup streams, it allowed SBS to show all of its remaining fixtures for free on The World Game website.

This site is free to use with no registration required. As well as live games, it also hosts full replays of previous fixtures, making it a great way to relive your favorite matches. You’ll need an Australian IP address to watch anything, but you can easily get one by connecting to an Australian VPN server.

How to watch Belgium vs. England from a competing country

Belgium has both a French-language World Cup broadcaster (VRT, only in the Flanders region) and a Dutch broadcaster (RTBF, available elsewhere in the country). Both of these networks are showing the third-place playoff as well as the 2018 World Cup final, absolutely free.

Users must create an account to stream video on RBTF, but they can watch on either the web player or mobile app. Similarly, VRT has its own app, named Sporza Voetbal. You’ll need a Belgian IP address to watch either network’s live streams, so be sure to connect your VPN to a Belgian server.

ITV will be showing the World Cup third-place fixture on TV and online via ITV Hub. As ITV shares World Cup broadcasting rights with the BBC, the final match will be broadcast simultaneously on both the ITV Hub and BBC iPlayer. You could also watch on TVPlayer.com, a site which hosts legal live streams for ITV and BBC1.

To watch content as it’s shown on TV, you’ll need a UK TV License. The ITV Hub doesn’t make this readily apparent, and the iPlayer has a single notification that’s easy to gloss over accidentally. With no further verification in place, the onus is on the user to ensure that they have the right to watch.

FIFA World Cup third-place game: How to watch from other countries

If you’d rather watch the World Cup third-place playoff in a language other than English, there are plenty of options. We’ve listed free-to-watch sources for various different languages below but if yours isn’t covered, check out the list of official World Cup broadcasters to find a suitable local source instead.

Remember to test your VPN before the match actually starts! If it doesn’t work, or takes too long to load a video, this will leave you plenty of time to contact customer support. As we’ve seen already, goals sometimes happen in the opening minutes and prior testing can help ensure you don’t miss any exciting moments.