How to watch France vs. Belgium online for free (World Cup semi-finals)

We’ll show you how to watch France v Belgium online for free by live streaming official World Cup coverage wherever you are located. We’ll also cover how to live stream any other 2018 FIFA World Cup game free of charge, whether you are at home or abroad. 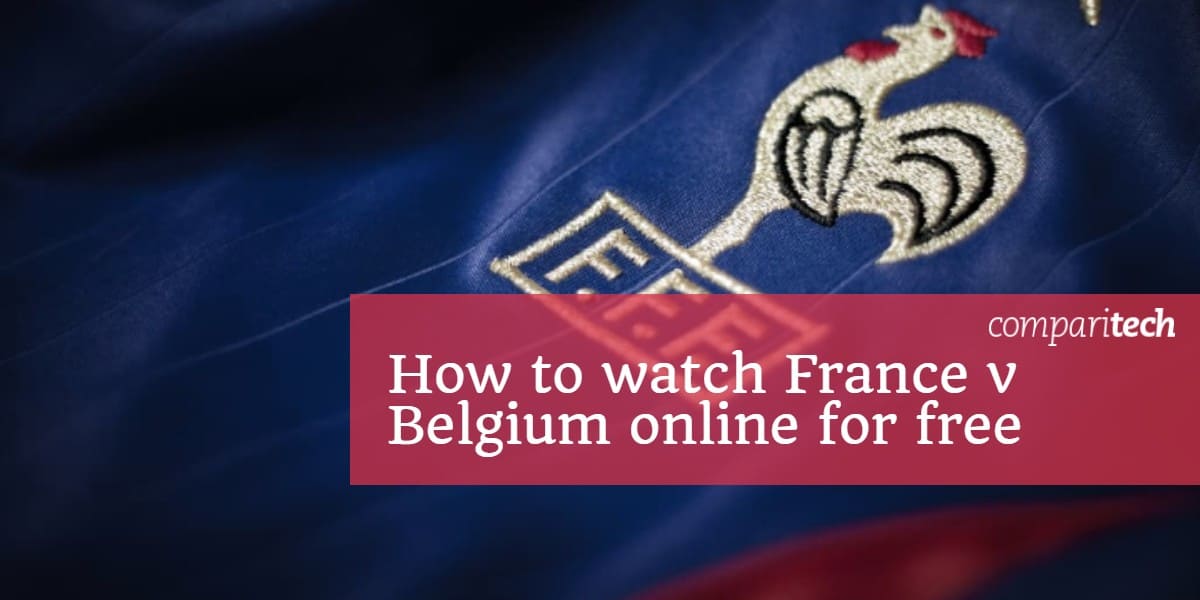 France will go head-to-head with Belgium at the Krestovsky Stadium in St. Petersburg on July 10. The game will begin at 7PM BST (11AM PST / 2PM EST). France have started to hit top form and the Belgium side are as yet undefeated, so it’s likely to be a close game. With the array of attacking talent on display this match has potential to be a classic.

Luckily, with the World Cup being shown in so many countries, it’s easy to tune in no matter where you are in the world. Better yet, many broadcasters are showing at least a few matches for free. Below, you’ll find country-specific guides for streaming France vs. Belgium across the world.

How to watch the World Cup semi-finals online

The FIFA World Cup is soccer’s biggest tournament, so it’s only natural that it’s broadcast in various languages. However, it’s still easiest to find English-language coverage. We’ve included a quick, at-a-glance guide to the sources in major English-speaking countries below.

You should note that free broadcasters usually aren’t licensed to show every World Cup match. If you’d like to watch every single fixture live, you might want to consider signing up to a premium subscription service. Many of these offer free trial periods, as well as incentives like UHD 4K video or coverage of sports other than soccer.

The best VPN for the World Cup: ExpressVPN

VPNs are the easiest way to stay safe while streaming the World Cup. We recommend ExpressVPN as it has minimal impact on your network speeds and includes a range of security features. With high-speed servers in 94 different countries and excellent unblocking capabilities, this service is ideal for people who like to stream live video. Further, ExpressVPN is one of the few remaining VPNs that can reliably bypass BBC iPlayer’s advanced geo-restriction measures.

Registration is very simple: just choose a subscription length (one, six, or twelve months) and complete the payment process. ExpressVPN plans include a 30-day money-back guarantee so you can safely stream the rest of the World Cup and claim a full refund if unsatisfied.

READER DEAL: Comparitech readers can save 49% and get an extra three months absolutely free by choosing ExpressVPN’s annual plan.

Good news for British soccer fans: you can watch every single World Cup game for free on either BBC iPlayer or ITV Hub. Each of these services is showing half of the tournament’s games, but if you’d prefer to watch everything in one place, TVPlayer.com has fully legal live streams for both BBC1 and ITV.

Remember: you need a TV License to watch live content as it’s shown on TV. This isn’t always obvious; of the sources above, only the iPlayer asks if you have one. There are no further checks, however, meaning it essentially works on an honor system.

Watching the World Cup in the US

The US has one dedicated broadcaster for Spanish World Cup coverage (Telemundo Deportes) and another with English commentary (Fox Sports). You can watch the remainder of the tournament on either service, although you will be asked to sign in with your cable provider’s details first.

To watch in Spanish, you’ll need a cable package which includes both Telemundo Deportes and NBC Universo. Fox Sports is a little more forgiving, and allows users to watch if they’re subscribed to any of the following over-the-top streaming services:

If you’re already registered with Telemundo or Fox Sports, you can watch from abroad by connecting through a US VPN server. It’s a different matter for non-US citizens looking to sign up from abroad, however, as both services check to see if your payment method is linked to a US address.

It’s also possible to stream the World Cup on Kodi using the NBC Sports Live Extra or Fox Sports GO addons. Make sure to avoid the unofficial sports addons recommended on Kodi forums; while they may seem appealing at first, they’re known for providing low-quality, unreliable streams. With so many free-to-watch official sources, there’s really no point anyway.

Canada’s RDS, CTV, and TSN networks will all be showing every game of the 2018 World Cup. In addition to their online players, each has their own mobile app (RDS GO, CTV Go, and TSN Go) so you can watch live games while away from home. However, before you can stream anything, you’ll have to sign in with your cable provider’s details.

Don’t have cable? That’s not a problem as RDS and TSN allow you to subscribe to their channels for $24.99 (CAD) per month. That said, it’s worth bearing in mind that the 2018 World Cup ends in a week or so. As such, you may be better off using a free source to watch the semi-finals.

Until recently, Optus Sport was the only Australian source showing each World Cup fixture. After a series of technical mishaps left soccer fans unable to watch, Optus made the decision to share its previously exclusive matches with SBS. As a result, every match of the tournament can now be watched for free on The World Game website.

Note that you’ll still need an Australian IP address. You can get one by simply connecting through an Australian VPN server. If you recently signed up to Optus Sport, you may still be in the trial period. If so, we’d recommend canceling it so you won’t be charged to watch content that’s freely available elsewhere.

How to stream France vs. Belgium from a competing country

France’s TF1 will show both the France vs. Belgium game and the Croatia v England match. This service is free-to-watch, although you will have to register before you can stream anything. It won’t be showing every World Cup fixture, however; for this, you’ll have to subscribe to beIN Sports Connect. This service costs €14 a month, with a €15 package available for those who don’t want a long-term commitment. But with just a week or so left of the World Cup, you may prefer to use a free source instead.

If you’re in Africa, you may be able to watch via Canal+. It’s broadcasting French-language World Cup coverage to various African countries including Nigeria, Senegal, Cameroon, and Côte d’Ivoire. There are several packages available, but to watch the World Cup, you should expect to pay the equivalent of around $18 a month.

All of the sources above will show the World Cup with French commentary.

Belgium has two official World Cup broadcasters: VRT for the Flanders region, and RTBF for the rest of the country. Both networks are showing every remaining match, so really, it depends on which language you’re most comfortable with.

VRT and RTBF each has their own mobile app (named Sporza Voetbal and RTBF, respectively), as well as an online player. Both sources can be watched for free, although you will have to register for RTBF first. Also, both platforms region-lock their content, so if you’re outside of Belgium, you’ll need to connect your VPN to a Belgian server in order to watch anything.

FIFA World Cup semi-finals: How to watch from other countries

Want to watch the World Cup semi-finals in a language other than English? That’s fine: the tournament is being shown in over 100 countries, so there’s a good chance you’ll be able to find a suitable source in your native language. Below, we’ve listed some free-to-watch, foreign language sources, but if yours isn’t covered, you can find your country’s broadcasters in this list.

Remember to test your VPN on live video before the match actually begins. You should be able to load content quickly, with minimal buffering. Also, VPNs sometimes require specific servers to unblock certain streaming platforms. Knowing of any issues in advance gives you plenty of time to contact customer support and resolve the problem before kickoff time.