Want to watch the Australian Open men’s semi-final match between Medvedev and Tsitsipas online? We explain how to live stream this, and every other 2021 Australian Open match for free from anywhere.
Ian Garland Streaming, Kodi and VPN Expert 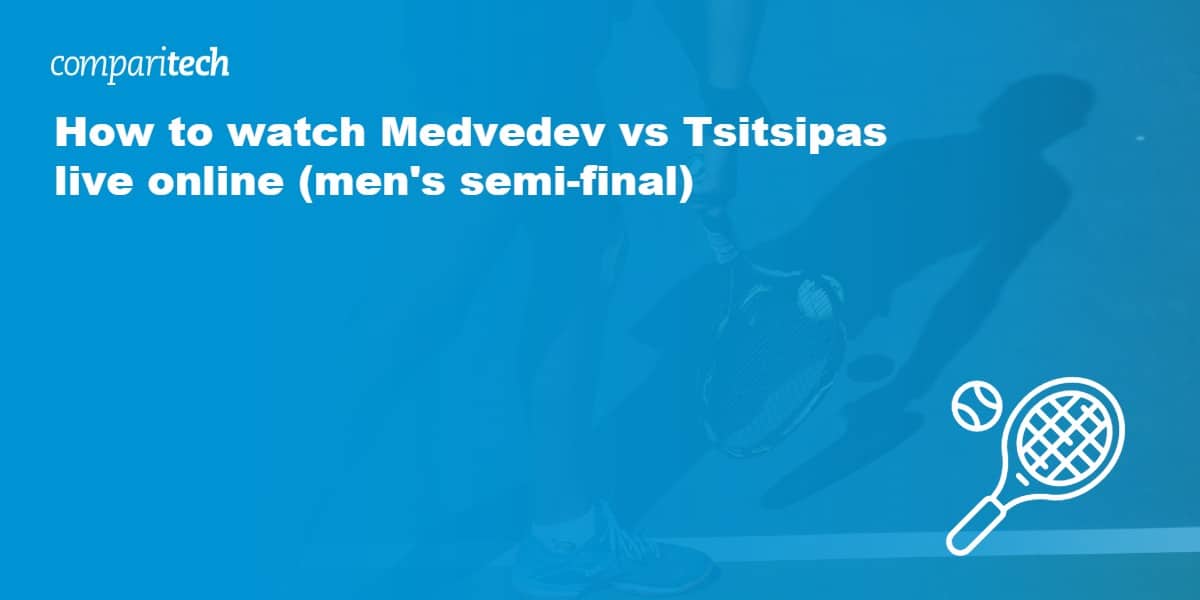 Medvedev will be facing off against Tsitsipas at 1:30 PM AET (9:30 PM EST / 6: 30 PM PST / 2:30 PM GMT) on February 19. This is the last hurdle; the winner will go head to head with either Karatsev or Djokovic at the 2021 Australian Open men’s final. This is the first time Medvedev has ever made it this far in the tournament, and while that might help tip the scale ever so slightly in favor of his opponent, you never know what can happen out on the court. Read on to find out how you can watch Medvedev vs Tsitsipas online, free of charge.

Given how important this match is, unlicensed streams are almost inevitable. That said, we strongly advise against using them. Not only are they prone to dropping out at the worst possible time, but you’ll often find they only offer laggy, low-resolution video. Besides, with a huge range of official international broadcasts (many of which are free to watch), there’s really no need to use unreliable third-party streams.

The Medvedev vs Tsitsipas match will only air on region-locked streaming services. For this reason, if you’re traveling and want to watch on the same services you’d use back home, you’ll have to connect to a VPN.

How to watch Medvedev vs Tsitsipas from abroad with a VPN

So what is a VPN and how can it help you? Simply, these services send your internet traffic through servers in a different country, allowing you to spoof your location and access geo-restricted services from abroad. Below is a quick, step-by-step guide to unblocking and watching the 2021 Australian Open as you travel.

Here’s how to watch the Australian Open men’s semi-finals (2021):

This is a hugely important match, and it’ll be broadcast live, which means that it’s a good idea to make sure your VPN works properly ahead of time. After all, it’s much better to run into problems when there’s still time to address them, rather than right as the match begins. Remember: most major VPN providers offer 24/7 support over live chat.

It’s actually quite easy to stream the men’s semi-finals online in the US. Your first option is to sign up for The Tennis Channel. However, at $109.99 per year, with no monthly option, this isn’t a good idea unless you’re already a subscriber.

ESPN will be showing every match of the tournament too. If your cable TV package already includes this channel, you can just sign in with your cable provider details and watch the entire tournament online at no added cost.

It’s also possible to watch the 2021 Australian Open without cable as long as you have a YouTube TV, Hulu, fuboTV, Sling TV, or AT&T TV Now account. Luckily, all of these services provide a free trial period, meaning you can register, stream every remaining match, and cancel before you’re charged.

All of the services above are geo-restricted, meaning you’ll need a VPN to access them from outside the US. NordVPN comes with a 30-day money-back guarantee, allowing you to try it risk-free. If you’re unimpressed with the service or just don’t need a VPN once the Australian Open ends, simply cancel to receive a full refund.

Where else can I watch the 2021 Australian Open Men’s semi-finals online?

The 2021 Australian Open will be broadcast all around the world live, so even if you’re not in the US, there’s still a good chance you’ll be able to watch. Below, we’ll explain how you can stream every match (including Medvedev vs Tsitsipas) in your country:

If you’re in Australia, you can watch every match (including Medvedev vs Tsitsipas) free of charge on 9Now. Users have the option to stream fixtures live but don’t worry if you miss one, since they’ll be added to the service’s on-demand library shortly after they end. Additionally, before you can watch anything, you’ll have to create an account. During the registration process, you’ll be asked to enter an Australian ZIP code, but any valid code will work.

To watch the 2021 Australian Open on 9Now, you’ll have to either be in Australia or connected to an Australian VPN server.

The UK’s official Australian Open broadcaster is Eurosport. This service offers live streams of every fixture plus on-demand replays afterward, and unlike most other broadcasters, it allows fans to switch between several different cameras to find a view that works for them.

Normally, Eurosport costs £6.99 per month. However, while there’s no free trial period, you can get one month’s access for just £0.99 by signing up before February 21, when the Australian Open finishes. Make a note to cancel within a month though, since your subscription will renew itself automatically at the regular price after 30 days.

Eurosport shows different content in different countries. As such, if you’re outside of the UK, you’ll need a VPN to stream Medvedev vs Tsitsipas on this service.

Canada actually has two networks showing the 2021 Australian Open. TSN will be broadcasting fixtures live in English while RDS will offer French-language commentary. Neither service is better than the other; the price is the same ($7.99 CAD per day or $19.99 per month), whichever you choose, and both platforms will show every single match.

Both RDS and TSN are region-locked. This means that if you’re outside Canada, you’ll need a VPN to access them.

If we didn’t cover your location above, don’t worry. The 2022 Australian Open will be shown in more than 20 countries around the world so it’s highly likely you’ll be able to find a suitable local source. A good place to start looking is on the official list of Australian Open broadcasters. It’s also worth noting that many of these are free to use, or at least offer some kind of trial, which means that in theory, you can stream the rest of the tournament for free in many places.

Who is the favorite: Medvedev or Tsitsipas?

If history is anything to go by, Medvedev should have this one in the bag. He’s won five of his six matches against Tsitsipas and is having an especially good year, having reached the semis in the US Open back in September. That said, Tsitsipas isn’t the sixth-ranked player for no reason; he’s extraordinarily driven and has surely studied Tsitsipas’s playstyle in the run-up to this event.

Considering these are two of the most aggressive players in the sport, whoever wins, it’ll be an incredible match to watch.