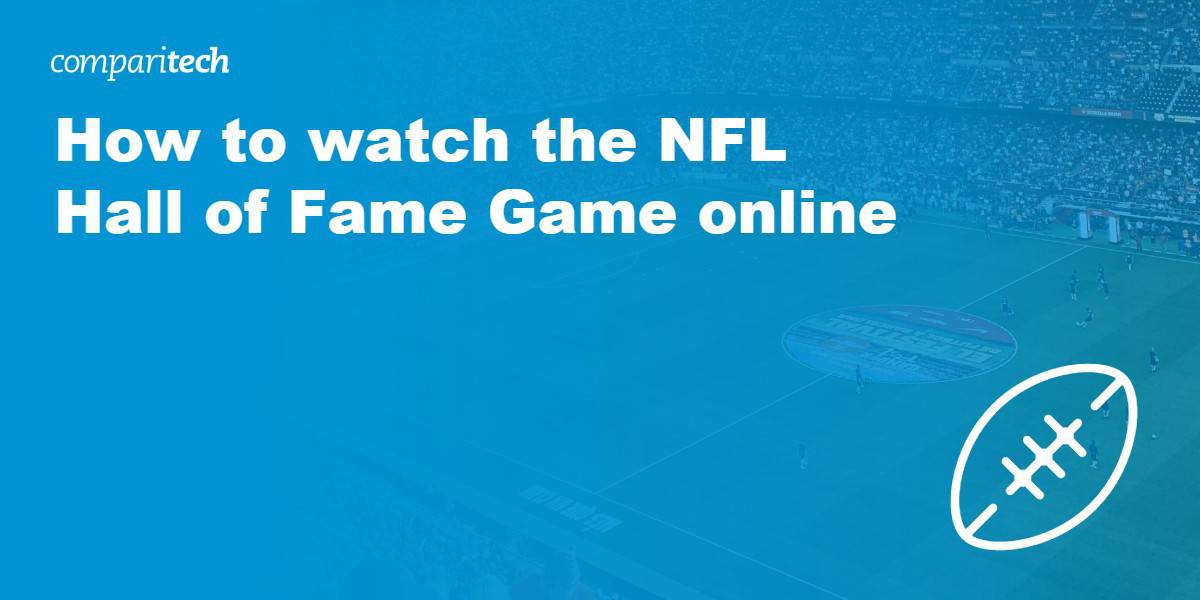 The 2021 NFL Hall of Fame Game between the Pittsburgh Steelers and Dallas Cowboys will take place on Thursday, August 5 at 8PM EST (5 PM PST). The meeting at the Tom Benson Hall of Fame Stadium in Canton, Ohio marks the beginning of the 2021 pre-season schedule. We’ll show you how to watch the NFL Hall of Fame Game online without cable by using a Virtual Private Network (VPN).

We’ll only be recommending official sources for live streaming the NFL Hall of Fame Game online. While there’ll be plenty of unofficial streams, these are likely to be taken down by the NFL during the game. Aside from making you potentially miss out on the action, unauthorized streams tend to be poor quality with regular interruptions from buffering and lag. You can live stream the NFL Hall of Fame Game via official sources anyway so there’s no need to waste time looking for an unofficial stream.

The NFL Hall of Fame Game will be available on Fox which is region-locked. If you’re traveling abroad (outside the US), you’ll need a VPN to watch.

You don’t need to be tech-savvy in order to unblock geo-restricted content from abroad. In fact, using a VPN is very quick and easy. Just follow these simple steps:

Here’s how to live stream Steelers vs Cowboys (NFL Hall of Fame) online:

The NFL Hall of Game between the Pittsburgh Steelers and Dallas Cowboys will air live on Fox. As such, it’s a good idea to test your VPN with the Fox Sports app ahead of time. If you encounter any issues, you can always get in touch with your VPN’s customer support who may be able to assist you further.

NordVPN is offering a fully-featured risk-free 30-day trial if you sign up at this page. You can use the VPN rated #1 for live sports streaming with no restrictions for a month - great if you want to watch preseason games while abroad.

A number of streaming services allow you to watch Fox live without cable. This includes FuboTV ($64.99 USD/month), Hulu with Live TV ($64.99/month), Sling TV ($35/month), and YouTube TV ($64.99/month). Some of these options include free trials so you could theoretically watch the 2021 Hall of Fame Game online for free without cable, using these services.

However, you’ll still need a VPN and US IP address in order to watch the NFL Hall of Fame Game outside the US. Still undecided? You can always try NordVPN which offers a 30-day money-back guarantee so you can try it out risk-free.

Where else can I watch the NFL Hall of Fame Game live online?

The NFL Hall of Fame Game will also be available on NFL Game Pass. Unlike Fox, this is available in many countries worldwide, including the UK, Germany, and Australia. As such, this method will allow you to watch the 2021 NFL Hall of Fame Game live online outside the US and without cable. However, this is a paid service which will likely cost you €167.99 (annual subscription). Furthermore, there’s no option of a monthly subscription and no free trial.

Can I use a free VPN to watch the NFL Hall of Fame Game?

The NFL Hall of Fame Game is only available on a select few region-locked platforms and unfortunately, free VPNs are not very good at unblocking geo-restricted websites and services such as Fox. Furthermore, free VPNs tend to throttle your bandwidth. The slow speeds mean streaming sports events is very difficult, leading you to miss out on the action. For these reasons, we don’t recommend you use a free VPN.

When you use a free VPN, your data isn’t secure. Many free VPNs don’t use encryption or use a kill switch to prevent your data from being leaked. Worse still, some free VPNs have been known to log your personal information (including your browsing history) and sell it to third parties. In contrast, the best VPNs are fast, allowing you to stream without interruption. They also protect your online privacy with encryption and a strict no-logs policy.

Who is being inducted into the Pro Football Hall of Fame?

What’s the head-to-head record between Pittsburgh Steelers and Dallas Cowboys?

The Pittsburgh Steelers and Dallas Cowboys have met on 33 occasions. It has been a very close affair with the Cowboys having won 17 and the Steelers 16. The last meeting between the two teams was a 24-19 away victory for the Steelers in November 2020. The two teams were originally scheduled to play the 2020 Hall of Fame Game until its cancellation due to the COVID-19 pandemic.