How to watch Tour of Britain live online free 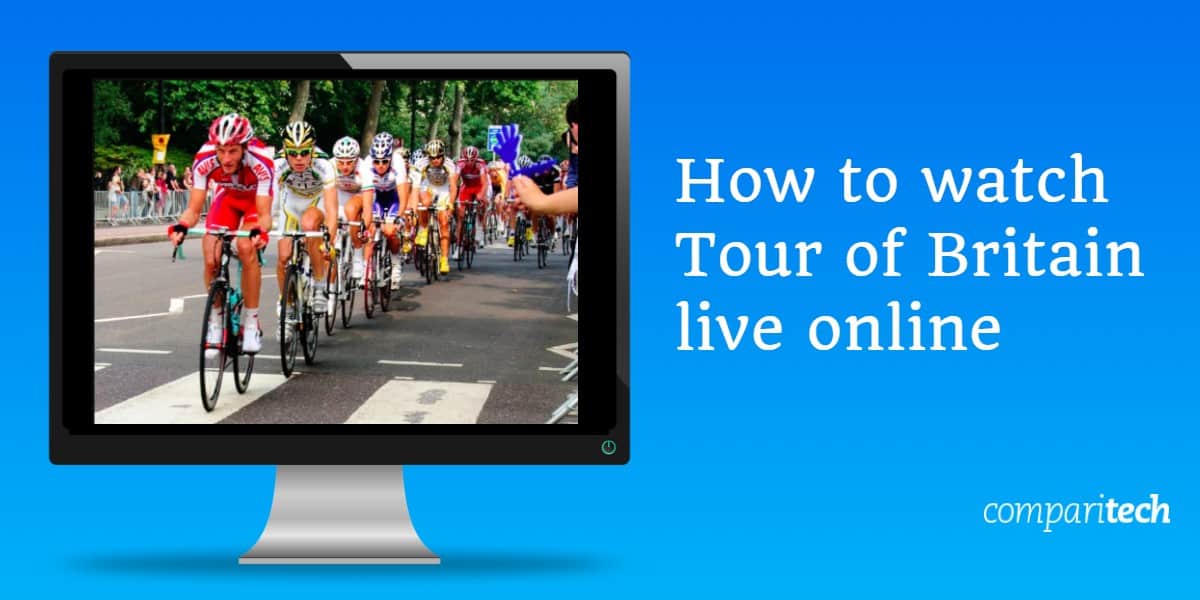 The Tour of Britain 2019 will take place between Saturday 7 September and Saturday 14 September. Covering approximately 1,250 kilometers, this event will start in Glasgow and finish in Manchester. Don’t want to miss out on any of the action? Read on to find out how you can live stream the 2019 Tour of Britain online for free, even if you’re located outside the UK.

Note that we’ll only be recommending official sources to watch Tour of Britain 2019. While there are always unauthorized streams for popular sporting events, they’re usually low resolution, plus they’re prone to excessive buffering and lag. You may also find that the unlicensed stream you’re watching is taken down midway through for copyright violation. This can be done without warning, leading you to miss out entirely. The good news is that you can watch the Tour of Britain online for free so there’s no need to put your trust in such unreliable sources.

In order to watch the Tour of Britain live online, you’ll need a VPN if you’re located outside the UK.

How to watch the Tour of Britain live online for free

You can use a VPN to watch the Tour of Britain live online from anywhere in the world. All you need to do is follow these steps:

Using a VPN to watch the Tour of Britain online

The Tour of Britain will be broadcast live. For this reason, we recommend you test your VPN with ITV4 well in advance. This gives you time to contact your VPN’s customer support if there are any issues and ensures you won’t miss out due to any last-minute hiccups.

It’s worth knowing that the Tour of Britain 2019 will also be aired live on Eurosport. However, you’ll have to pay to watch the Tour of Britain on this platform. Monthly passes cost £6.99 while annual passes are priced at £39.99. Once you’ve registered, Eurosport streams can also be accessed via Amazon Prime, which costs £7.99 per month and includes a 30-day free trial.

The ITV Hub and Eurosport are both region-locked. As such, you’ll have to connect to a UK server via a VPN in order to watch from abroad. ExpressVPN also comes with a 30-day money-back guarantee, allowing you to stream the Tour of Britain risk-free.

While ExpressVPN, NordVPN, and CyberGhost are able to unblock ITV Hub, we can’t guarantee that a free VPN will do the same. Unfortunately, free VPNs simply aren’t reliable. Many free VPNs are blacklisted by major streaming services and unable to bypass anti-VPN measures. Further, slow server speeds result in frequent interruptions in the form of buffering and lag, particularly when you’re trying to stream live, high-definition video.

If you value your online privacy and anonymity, free VPNs are best avoided. That’s because they rarely secure your data with encryption or protect you from IPv6 or DNS leaks. Such features are important for your online security and are implemented as standard across the best paid VPNs. It’s also important to ask yourself how a free VPN is making money; they may be logging your data (including your browsing history) and selling it to third parties.

What should I know about the Tour of Britain?

The Tour of Britain is a cycling race that dates back to 1945. The route covers 1,268km of riding over eight stages, including hill climbs, sprints, and time trials. The Tour of Britain 2019 is the 16th edition of the modern tour following its return in 2004. While it was once a five-stage race, it increased to become an eight-stage race in 2008.

Starting off in Glasgow, Scotland, the Tour of Britain 2019 then heads south through Newcastle, Cumbria, Merseyside, Worcestershire, and Warwickshire before finishing in Deansgate, Manchester for the first time. A professional men’s race, 20 teams are set to compete in 2019. This includes UCI World Tour Teams. Last year’s Tour of Britain was won by French cyclist Julian Alaphilippe of team Quick-Step Floors.