How to watch USA vs England free online from anywhere 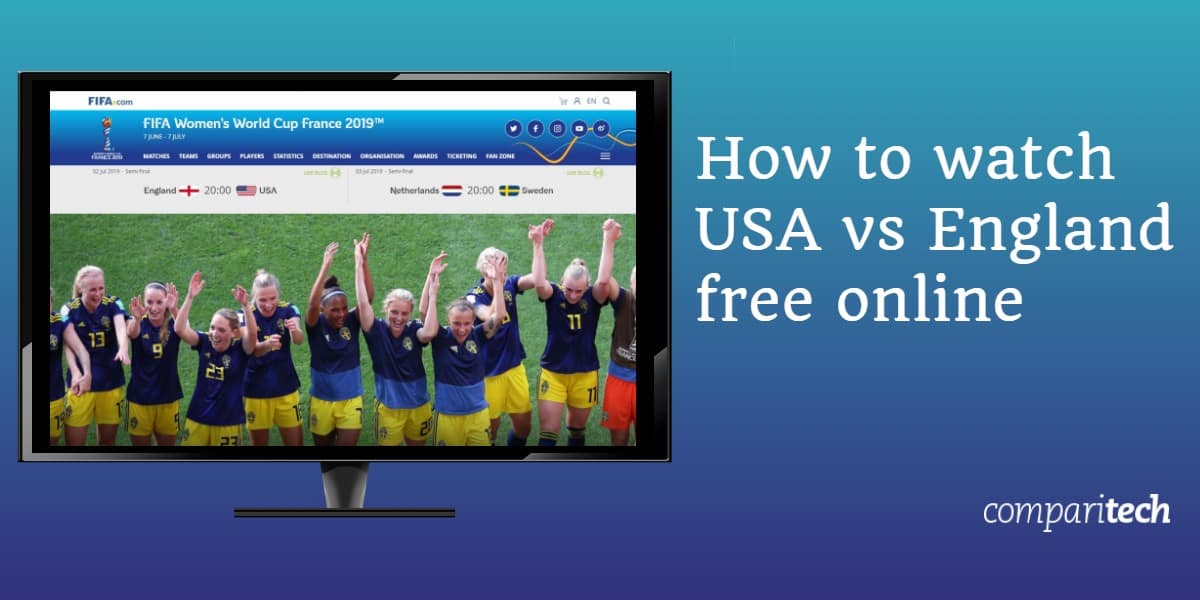 You should note that we’ll only be recommending official sources. Although major sporting events are often available on shady streaming sites, we advise against using these. The video quality is often very poor and to make matters worse, third-party streams can be taken offline for copyright violation at any moment. As you can stream USA vs. England for free anyway, there’s no advantage to using unreliable, unauthorized streams.

All of the services showing this event are region-locked. As such, you’ll need a VPN to watch the Women’s World Cup semi-final between the USA and England abroad.

How to stream USA vs. England abroad with a VPN

New to VPNs? Not sure how to get started? Don’t worry: it’s actually very simple to unblock geo-restricted services and watch the Women’s World Cup abroad:

Both of the Women’s World Cup semi-finals games will be broadcast live. To make sure you don’t miss the start of a very important match, we strongly recommend testing your VPN with the steps above well before kickoff time. This way, if anything doesn’t work as expected, you should still have time to contact your VPN’s support team for assistance.

How to watch the USA vs. England game for free on UK TV

The BBC is the only broadcaster showing the Women’s World Cup in the UK. This is good news, as it means you can stream USA vs. England live and free of charge, on BBC iPlayer. You will have to create an account first, but this only takes a minute. During registration, you’ll be asked to enter your postal code; this is for statistical purposes and any British postal code will work.

British legislation requires you to have a TV license if you’re streaming anything as it’s shown on TV. However, BBC iPlayer never actually checks to see if you have a license or not, although it does occasionally show a popup alerting users to this requirement.

BBC iPlayer is only available in the UK. That said, you can access it abroad by connecting to a UK VPN server. Haven’t decided on a VPN yet? ExpressVPN comes with a 30-day money-back guarantee, meaning you can watch all remaining Women’s World Cup fixtures risk-free. If you’re unsatisfied or only needed a VPN to stream the semi-finals, you can just cancel afterwards and claim a full refund, no-questions-asked.

Where else can I stream USA vs. England online?

While only four soccer teams remain, there’s still massive international interest in the 2019 Women’s World Cup. Below, we’ll let you know which platforms are broadcasting the semi-finals in your country:

Fox Sports is the official Women’s World Cup broadcaster in the US. If FS1 and FS2 are already included in your cable TV subscription, you can simply login to the Fox Sports website and stream the semi-finals free of charge.

Luckily there are plenty of ways to watch, even if you don’t have cable. Currently, you can stream Fox Sports on DirecTV Now, Hulu with Live TV, fuboTV, Sling TV, PlayStation Vue, and YouTube TV. Better still, each of these services includes a one-week free trial (except PlayStation Vue, which has a five-day trial), allowing you to sign up, watch the USA vs. England match, and cancel to avoid being charged.

All of the services above are region-locked, meaning you’ll either have to be in the US or connected to an American VPN server to use them.

Canadian soccer fans have no shortage of ways to watch. The 2019 Women’s World Cup semi-finals will air live on TSN and CTV, and also with French-language commentary on RDS. If your cable TV package includes any of these channels, you can log in to the respective streaming service and watch online for free.

Don’t have cable? No problem, since TSN and RDS both allow you to purchase an online-only pass. These cost $4.99 CAD per day or $19.99 per month, and with four days left of the competition, the monthly pass provides the best value. Unfortunately, neither service offers any kind of free trial.

RDS, CTV, and TSN are all geo-blocked and only available in Canada. That said, you can still access these services abroad by connecting to a VPN.

Optus Sport is showing all four remaining Women’s World Cup fixtures (including the USA vs. England fixture), and if you’re already subscribed, you can watch them live online at no added cost. You could pay $14.99 AUD for a monthly pass, but there’s an easier way for most people to watch the semi-finals.

Every game except for the third-place playoff will be on SBS. Best of all, you can stream these matches live and for free on The World Game or Freeview. Missed a game? Don’t panic: SBS adds these matches to its on-demand catalog shortly after they finish, and there are condensed highlights every matchday at 6 PM AEST.

Both Optus Sport and SBS are geo-restricted. As such, you’ll have to use an Australian VPN server to access them abroad.

TF1 and Canal+ are both showing the USA vs. England semi-final with French commentary. Users can stream TF1 live after creating a free account, but as Canal+ has exclusive rights to show the third-place playoff, we recommend using this service instead. Canal+ usually costs €6.99 per month but comes with a one-month free trial. This means that you can live stream the Women’s World Cup semi-finals without being charged; just remember to cancel once the tournament is over.

Canal+ and TF1 are only available in France. However, you can access them as normal from abroad by connecting to one of your VPN’s French servers. 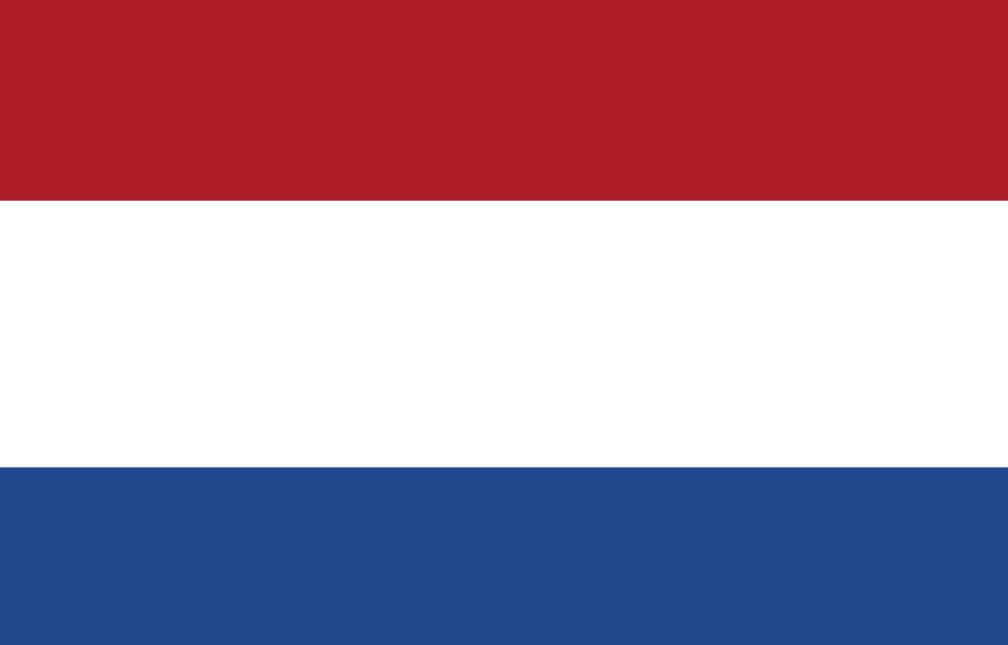 You can stream both Women’s World Cup semi-finals matches on NPO Zapp. This platform will also show the third-place playoff and Cup final on NPO1. NPO’s streaming service is completely free and there’s no need to create an account, although it only offers Dutch-language coverage.

Additionally, as NPO Zapp is geo-restricted, you will have to either be in the Netherlands or using a VPN in order to watch.

TV4 is the exclusive broadcaster of the 2019 Women’s World Cup in Sweden. This broadcaster is showing all four remaining fixtures but in order to watch them live, you’ll have to sign up for a service called C More. This usually costs SEK 139 per month. However, as it includes a two-week trial period, you can effectively watch the rest of the World Cup for free. Just remember to cancel afterwards to avoid being charged. It’s also worth mentioning that TV4 only provides Swedish-language coverage.

This service is only available in Sweden, but you can use it abroad by connecting to a Swedish VPN server.

Even if we haven’t mentioned your country in the list above, there’s a strong likelihood that you’ll be able to watch the Women’s World Cup online. Take a look at the following list of Women’s World Cup international broadcasters, and you should be able to find a suitable local source. No broadcaster in your country? Remember: you can access free streaming services from another country (such as Zattoo or BBC iPlayer) by connecting to a VPN.

Which team is expected to make it to the final?

The American squad is expected to win but England won’t go down without a fight. They put in a particularly strong performance during the group stage, conceding a single goal in three games. The USA, however, has scored in the opening minutes of every game so far, so something has to give. England will need to press any advantage they can get while maintaining a strong back line — no small feat when you’re playing the current Women’s World Cup favorites.