How to watch Animaniacs season 2 (reboot) online for free

Looking to stream the new season of Animaniacs online for free? You’ll find all of the details below, including how to watch Animaniacs season 2 from anywhere (even if you’re traveling abroad).
Ian Garland Streaming, Kodi and VPN Expert 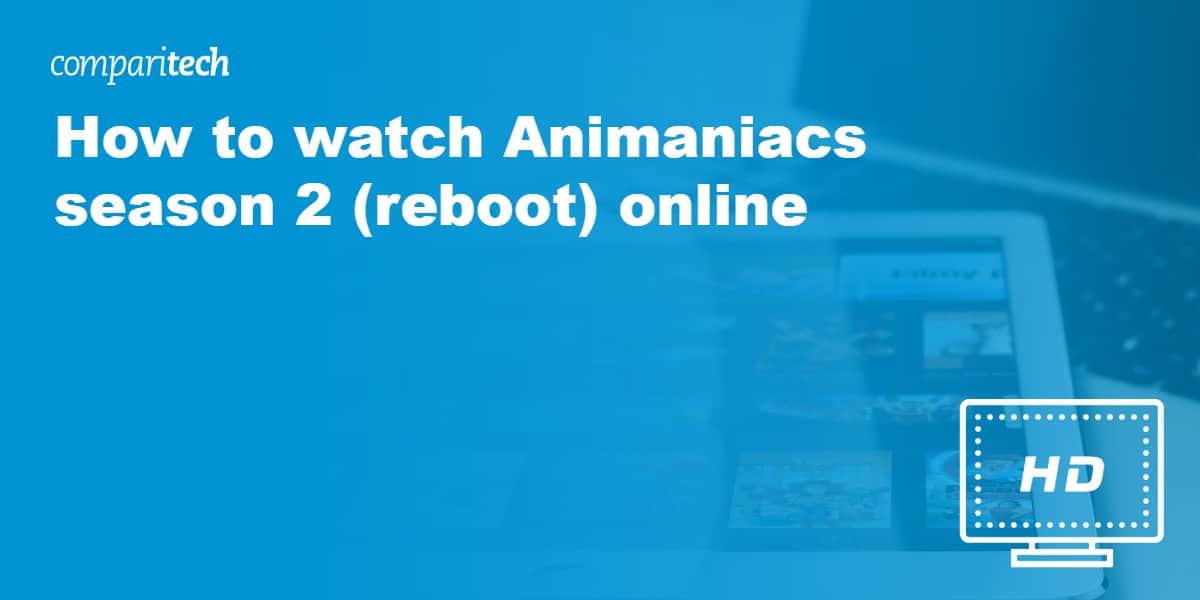 The second season of the Animaniacs reboot will premiere on November 5. Just like with season one, It’ll consist of 13 episodes, and best of all, these will all be released simultaneously. After all, you’ve already been patient for a whole year — why should you have to wait any longer? Take a look below to find out where you can stream Animaniacs season 2 online, and how to catch up if you missed a few older episodes.

Before we begin, it’s important to note that we’re only recommending official sources. These guarantee the highest-possible video quality and aren’t at risk of being taken offline like unofficial streams are. Plus, there are none of the legal and ethical issues involved with third-party broadcasts. Given that you can stream Animaniacs online for free anyway, there’s no need to resort to shady streams.

Animaniacs will be broadcast exclusively on region-locked streaming services. This means that if you’re traveling abroad, you’ll likely need a Virtual Private Network (VPN) to watch on the same channels you’d have access to back home.

How to stream Animaniacs season 2 online from abroad

VPNs are tools that encrypt your internet traffic, preventing snoopers from seeing what you get up to online. However, their secondary benefit is that they can help you spoof your location, which is useful for regaining access to your usual services while traveling abroad.

Here’s how to watch Animaniacs season 2 from anywhere in the world:

NordVPN offers a fully-featured risk-free 30-day trial if you sign up at this page. You can use the VPN rated #1 for streaming Animaniacs with no restrictions for a full month. This is perfect for travelers looking to watch new episodes during a short trip abroad.

How to watch the Animaniacs reboot online on US TV

The second season of the Animaniacs reboot will be exclusive to Hulu. That’s not all: this service also currently offers the first season, plus all five seasons of the 1993 series. In other words, once you sign up, you can immediately stream all 99 episodes!

Here’s the best part: Hulu comes with a 30-day trial. As long as you cancel before this ends, you’ll be able to watch Animaniacs season 2 without paying a cent. If you decide to keep using the service after 30 days, you’ll have to pay $6.99 USD per month for an ad-supported version or $12.99 per month with no ads. There are also discounted bundles available that include ESPN+ and Disney+, so if you have either of these services already, it’s possible to save a few dollars.

Hulu is geo-restricted and only includes Animaniacs in its US library. However, with the right VPN, you can access this wherever you are in the world. Don’t have one yet? NordVPN comes with a 30-day money-back guarantee, giving you the option to try it out risk-free and claim a refund if it fails to meet your expectations.

Where else can I watch Animaniacs online?

This show holds a special place in the hearts of millennials all over the world, so it’s no surprise that it’s available for streaming outside of the US. Here’s how to stream the Animaniacs reboot in your country:

The first season of the reboot aired on Teletoon, and reruns of it are shown periodically throughout the week. It’s worth mentioning that, unlike in the US, these were released weekly instead of all at once, and a second season will likely follow this schedule too.

While Teletoon doesn’t let you watch anything on its website, it is one of a dozen channels included in the StackTV addon for Amazon Prime Video. This service costs $12.99 CAD on top of the monthly cost of Amazon Prime ($7.99). On the plus side, both the addon and Prime come with a 30-day free trial, so you can always cancel during this time to avoid being charged.

Unfortunately, the only way to stream the original series is to purchase seasons individually on platforms like the Google Play Store and Apple TV.

The services above are all region-locked. To access Animaniacs from outside of Canada, you’ll need a VPN.

Season one of the Animaniacs reboot only arrived in Australia on September 1, 2021 — almost a year after it aired in the US. It’s available on Stan, which costs $10 AUD per month following a 30-day free trial. While there is no date for season 2 just yet, Stan has purchased exclusive streaming rights, so when it does arrive, you’ll know where to go.

Stan is normally only available in Australia. If you’re traveling abroad, however, you can just connect to an Australian VPN server and use this platform as normal.

What do we know about Animaniacs season 2?

Trying to predict any of the skits in upcoming Animaniacs episodes is a fool’s errand. Luckily, we don’t have to, since Hulu has already released a trailer for Animaniacs season 2. This shows Yakko, Wakko, and Dot fighting in a colosseum, taking to the seas in an ark, and irritating a king to name but a few memorable scenes. Pinky and the Brain are back too, and appear to be visiting space as part of another plot to take over the world.

Is this the last season of Animaniacs?

No! In February of 2021, Hulu renewed the series with an order for a 10-episode third season. As you might expect, details are virtually non-existent at the moment, but stay tuned for more updates as new info is announced.