How to watch In the Dark Season 4 online from anywhere 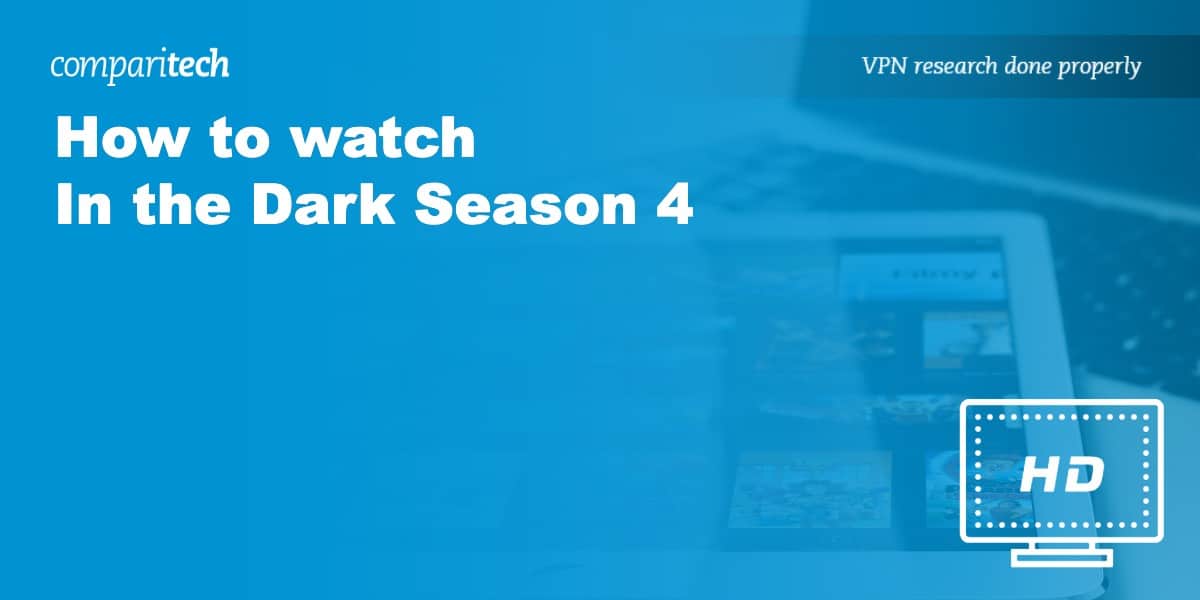 If you have been a fan of In the Dark since it first dropped in 2019, you have probably been eagerly awaiting its return. Unfortunately, season 4 of In the Dark will premiere exclusively on The CW. This means you’ll need a VPN to watch In the Dark Season 4 from outside of the US.

Thankfully, if you are on vacation or traveling abroad for some other reason, you can easily use a VPN to regain access to American streaming services. Just bear in mind that the CW has blocked most VPNs YouTube TV, Hulu + Live TV, and DIRECTV STREAM. This means you must pick your provider carefully to get a valid US IP address that works to watch In the Dark abroad.

Below, we will explain how to access the CW abroad to stream In the Dark from anywhere. To help you out, we have recommended tried-and-tested VPNs that work to watch In the Dark season 4 from anywhere around the globe.

How to stream In the Dark Season 4 online from anywhere

Due to licensing restrictions, when the popular CW Network show, In the Dark, premieres on June 6 it will only be available in the US. For this reason, the American streaming platforms that carry CW must region lock their service. Thankfully, anybody can get around these location blocks using a VPN.

Using a VPN to watch In the Dark Season 4 on CW Network is easy as long as you stick to a recommended service. Many VPNs have been blocked by the CW and other American streaming platforms. The options in this guide have fast with US servers that leading streaming services have not blocked.

Here’s how to watch In the Dark S4 abroad:

If your streaming service (or the CW website or app) still serves you an error message, you may need to clear the cookies and cache in your browser. This will ensure that your VPN works properly. If you still encounter issues, contact your VPN’s live chat support to find out which US servers are optimized for streaming.

WANT TO TRY THE TOP VPN FOR IN THE DARK RISK FREE?

NordVPN offers a fully-featured risk-free 30-day trial if you sign up at this page. You can use the VPN rated #1 for In the Dark with no restrictions for a full month. Perfect to log in and stream In the Dark from abroad on CW Network.

How to watch In the Dark online in the US

If you want to stream new episodes of In the Dark Season 4 as it premieres, you will need a valid subscription that carries the CW network. You can watch the program either on the CW Website or using the CW App. CW has apps for Roku, VIZIO, Apple TV, Xbox, Fire TV, Android TV, iOS, and Android.

In addition, various other third-party streaming services carry the CW. To help you out, we have listed these official streaming platforms below. If you already have a subscription to any of the platforms listed, you can watch In the Dark Season 4.

Remember that The CW (and all the US streaming platforms that carry it) are geo-restricted. This is done to stop anybody from watching shows like In the Dark from an unlicensed country around the world. As a result, you will need to connect to a VPN server to stream your account on vacation.

If you are abroad and want to stream In the Dark in your hotel – you can do so by subscribing to any of our VPN recommendations. You can even compare each option by making use of their 30-day money-back guarantees.

Can I watch In the Dark Season 4 on Netflix US?

Previously, it took quite a long time for seasons of In the Dark to make their way onto Netflix. In 2022, it is expected that the show will arrive on Netflix before the end of the year, probably in the fall. For the time being, however, there is no exact release date, so if you’re a Netflix subscriber, you will need to remain patient.

When In the Dark does eventually get its Netflix release later this year, you may still need a VPN to watch the show abroad. Unfortunately, there is no guarantee that In the Dark will get a simultaneous release in all Netflix regions. Thankfully, however, it is easy to use a VPN to get an IP address in the US and watch the show from abroad.

Where else can I stream In the Dark online?

The good news is that depending on where you live, you may be able to stream In the Dark on HBO Max. As with the CW in the US, HBO Max is region locked so you may need a VPN to watch the show from abroad.

Unfortunately, little information is currently circulating about when international platforms may begin broadcasting In the Dark Season 4. We can’t even find 100% confirmation that In the Dark season 4 will be on HBO Max, but there are rumors circulating here and there.

What we do know is that some CW shows have already been making their way onto HBO Max. With the CW potentially being sold to Warner, it seems plausible that the countries where HBO Max is available may get it on this service as opposed to Netflix. Again this is speculation for the time being.

We recommend that you monitor your local press and check your local streaming services to find out when the show is due to air where you live. As far as Netflix goes, we expect In the Dark season 4 to arrive in September. However, this is guesswork based on previous years.

When is Season 4 of In the Dark released?

In the Dark will premiere on June 6th and is expected to run for 13 weeks. This means you should be able to watch new episodes until nearly the end of August.

What is the cast for In the Dark season 4?

In this final season of In the Dark, most of the original cast will be returning:

What is In the Dark about?

In the Dark is a procedural crime drama that revolves around a blind woman who helps the police with their investigations. After finding the dead body of a roommate in the alley by her house, Mason struggles to convince the police that the case is real, following the body’s disappearance before they arrive at the scene.

In the show, the twenty-something-year-old protagonist Murphy Mason struggles with alcoholism and a sense of being irrelevant. The show, which deals with the social aspects of being blind, has been met with excellent reviews each time a new season was released.

In season 4, Mason will work with new detectives and be introduced to a new love interest as she continues to help the police with their investigations – all while juggling her time working for her parent’s guide-dog training school. The best news of all? Pretzel, the golden retriever, will return in season 4. Phew!