How to watch Jack Irish Season 3 online from anywhere

Interested in watching the new series of Jack Irish online for free? Read on to find out how you can stream Jack Irish season 3 from anywhere, even if you’re outside of Australia.
Ian Garland Streaming, Kodi and VPN Expert 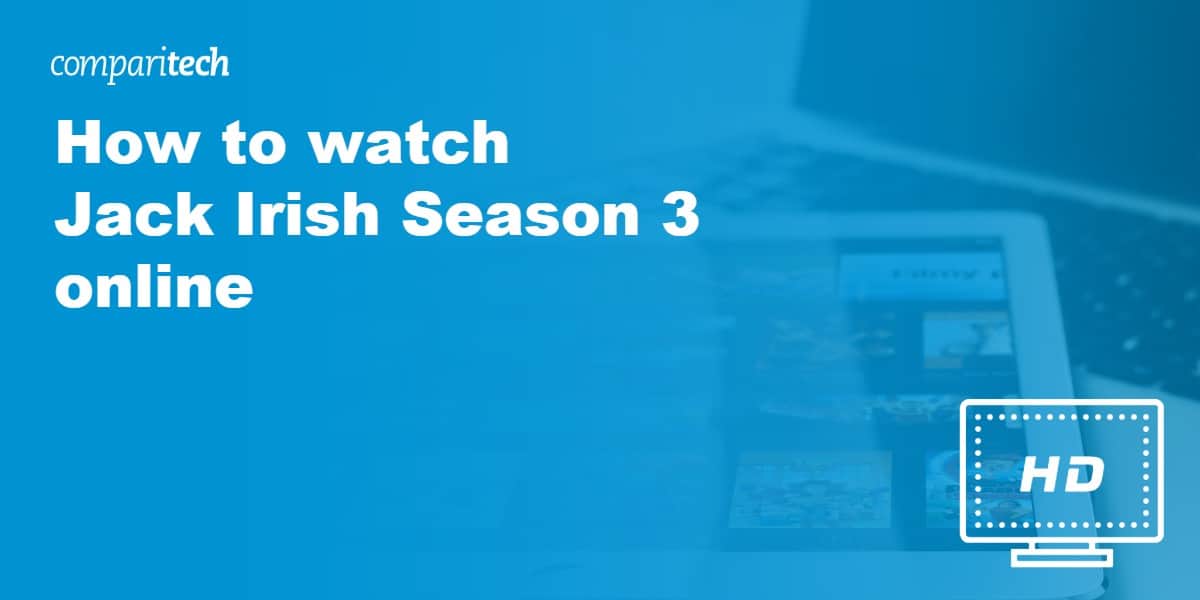 The third and, sadly, final season of Jack Irish will premiere at 8:30 PM AEST (3:30 PM PST / 6:30 AM EST / 11:30 AM BST) on June 13. The series is officially known as Jack Irish: Hell Bent and it’ll be a little shorter than usual. In short, Jack has just four hour-long episodes to identify whoever is killing police officers in a local suburb. Excited? You should be; take a look below to find out how to watch Jack Irish season 3 online from abroad.

Jack Irish is pretty popular, which means that unlicensed streams are sure to crop up shortly after each episode airs. However, we strongly recommend you stick to official sources. For one thing, these offer the best-possible video quality and help support the people who create your favorite shows. Additionally, there’s no chance of the stream being taken down. Finally, since you can actually stream Jack Irish for free, there’s no reason to use unofficial sources.

Season three of Jack Irish will only be available on geo-restricted websites and apps. This means that if you’re traveling and hoping to watch on your usual streaming services, you’ll likely have to connect to a Virtual Private Network (VPN).

How to stream Jack Irish season 3 online from abroad

In short, VPNs are tools designed to enhance your digital privacy. One of the ways they do this is by encrypting your data. They can also send it through servers elsewhere in the world, which obscures your real location and makes it easy to use geo-blocked services abroad.

Here’s how to watch Jack Irish season 3 online from anywhere:

NordVPN offers a fully-featured risk-free 30-day trial if you sign up at this page. You can use the VPN that’s our top choice for streaming with no restrictions for a full month. This is perfect for anyone hoping to watch the new season of Jack Irish during a trip abroad.

How to watch Jack Irish for free on Australian TV

ABC will be broadcasting new episodes of Jack Irish live at 8:30 PM AEST from June 13. These will be available online via the ABC iView streaming platform. This is completely free to use, and at the moment, there’s no need to create an account before watching (though there are plans to introduce a registration requirement in July).

Missed an episode? No problem: you’ll have up to a week to stream it on-demand. Afterward, the only place you’ll be able to watch season 3 is Acorn TV. Subscriptions cost $6.99 AUD per month, following a one-week free trial. On the plus side, this service also has the first two seasons (although Stan and Netflix both do as well).

The services mentioned above are all geo-restricted, and may not be showing Jack Irish everywhere. As such, you’ll need a VPN to watch it from abroad. NordVPN offers a 30-day money-back guarantee, giving you the opportunity to try it risk-free. If it fails to impress, simply cancel within 30 days to receive a full refund.

Where else can I watch Jack Irish online?

Jack Irish: Hell Bent isn’t exclusive to Australia; in fact, it will soon be released in North America too. Here’s a quick guide to watching Jack Irish in the US and Canada:

Acorn TV currently offers the first two seasons and all three Jack Irish movies in Canada. Additionally, we know that it’ll be adding the new series some time this year, although there is no specific date as yet. In Canada, Acorn TV costs $7.49 CAD per month, although there is a seven-day free trial. This means that if you don’t mind waiting until the new season has finished airing, it’s technically possible to stream the show, in its entirety, for free.

Looking to get into Jack Irish but not sure if it’s worth paying for just yet? Knowledge Network will begin airing the first season, free of charge, from June 25. All you have to do is create a free account, which just takes a second.

Acorn TV and Knowledge Network are both region-locked. In other words, if you’re traveling outside of Canada, you’ll need a VPN to use them as normal.

The third series of Jack Irish is coming to Acorn TV’s US library “in 2021”. Unfortunately, that’s all of the information available at the moment. In the meantime, though, you can always use this service to catch up on the first two seasons, and all three of the movies.

A standalone Acorn TV subscription costs $5.99 USD after a one-week free trial. Alternatively, you can subscribe via the Amazon Prime Video addon, which might make it easier for you to watch on games consoles or other devices with limited app support. There’s no difference in terms of price, except for the fact that you’ll also need a Prime subscription ($12.99 per month).

Acorn TV and Amazon Prime both change their content based on your location. This means that you’ll likely need a VPN to watch Jack Irish from other countries.

What do we know about Jack Irish season 3?

ABC recently released a 45-second teaser trailer that gives fans a pretty good idea of what to expect from the final season. Essentially, someone is murdering police officers and Jack has to reunite with his team one last time to bring the killer to justice. However, not everything is as it seems and as ever, he begins to get too deep into the case, causing rifts with Linda and Lyall.

Can I watch Jack Irish in the UK?

At the time of writing, there’s no information as to when Jack Irish season 3 will be available for streaming in the UK. However, fans can purchase older episodes or seasons individually on the likes of Google Play, iTunes, and Amazon Prime Video.

Who stars in the third season of Jack Irish?

It wouldn’t be much of a reunion without the main cast, but thankfully, all of the key players will be reprising their roles in the final season of Jack irish. These include the eponymous investigator, played by Guy Pearce, as well as Linda (Marta Dusseldorp), Harry (Roy Billing), Barry (Shane Jacobson), and Cam (Aaron Pedersen).