How to watch Laurel Canyon online (from anywhere)

Looking to watch Laurel Canyon online for free? We’ll explain everything you need to know about this upcoming documentary including which bands will make an appearance and how you can watch Laurel Canyon abroad using a VPN.
Ian Garland Streaming, Kodi and VPN Expert 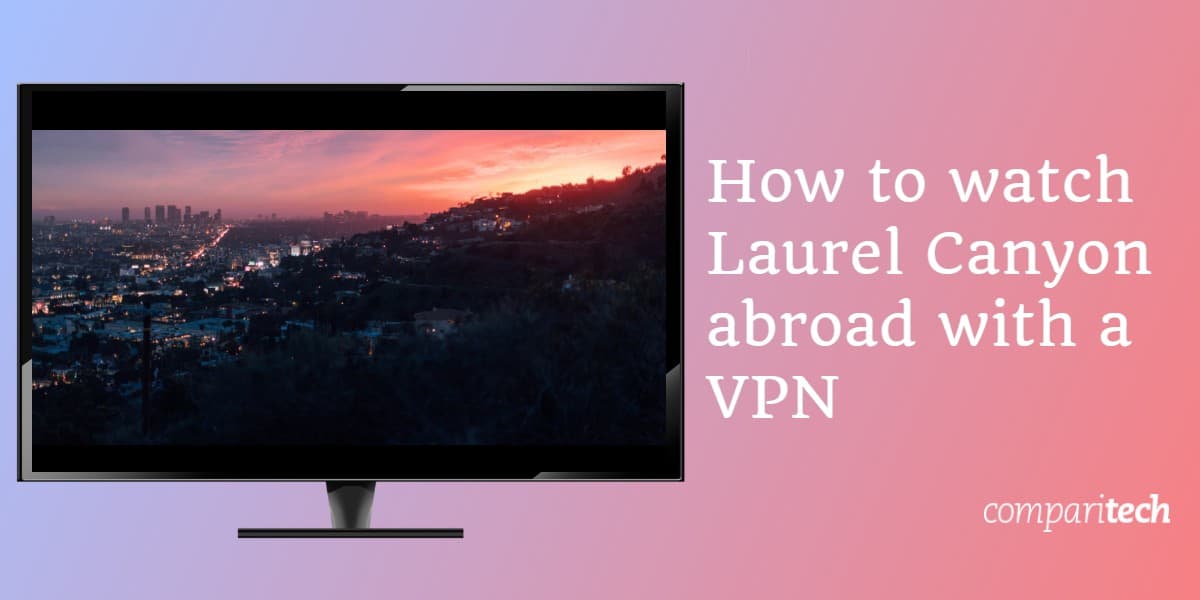 Laurel Canyon will premiere at 9 PM EST (6 PM PST) on December 16, with the second half airing a week later. It promises to be a star-studded examination of the famed Laurel Canyon area of Los Angeles during its heyday in the 1960s and ‘70s. Below, we’ll let you know how to live stream Laurel Canyon online, from abroad (outside of the US).

You should note that we’ll only be recommending official sources. Although you might find unlicensed streams on less reputable websites, we advise against using them. To begin with, they often have very poor video quality, and to make matters worse, unauthorized streams can be taken offline at any moment for copyright violation. The good news is that you can watch Laurel Canyon for free anyway, so there’s no need to resort to third-party streams if you traveling outside of the US.

Laurel Canyon will only be shown on region-locked streaming services. As such, you’ll need a VPN to watch if you’re traveling outside of the US. We’ll walk you through paid services with free trials so you can watch at no cost.

How to watch Laurel Canyon online with a VPN

VPNs work by hiding your IP address and replacing it with that of the server you’re connected to. This not only improves your privacy, but it also allows you to access geo-restricted services from anywhere in the world. It’s simpler than it sounds; just follow the steps below to stream Laurel Canyon abroad.

How to stream Laurel Canyon for free on US TV

Laurel Canyon will air exclusively on Epix. If you already receive Epix channels as part of your cable TV package, you can sign in to the website and start streaming immediately at no added cost. If you don’t have cable or just don’t have access to the required channels, don’t panic; there are plenty of other ways to stream Laurel Canyon online for free.

The first method is to sign up for Epix Now. This service usually costs $5.99 USD per month, but it comes with a seven-day free trial. This means that you can just sign up, watch Laurel Canyon, and cancel to avoid being charged. The problem is that to register, you’ll have to access the American version of the Google Play Store, Apple app store, or Amazon app store.

If you’d prefer, you can also log in with an Amazon Prime Video, Sling TV, YouTube TV, or Apple TV account. Each of these services includes a free trial (usually one week), so as long as you remember to cancel, you can easily stream Laurel Canyon for free. You will need a payment method that’s linked to a US address to register, though.

All of the above services are region-locked. This means that if you’re outside of the US, you’ll need a VPN to watch. ExpressVPN comes with a 30-day money-back guarantee, so you can try it out risk-free and simply get your money back if you’re unsatisfied.

Can I watch Laurel Canyon from outside of the US?

At the moment, there are no confirmed international broadcasters. However, Epix has previously licensed its content to Netflix, so we could see a wider international release sometime next year. Of course, while many of the bands formed in Laurel Canyon have hordes of fans overseas, it remains to be seen whether a two-part documentary on a Los Angeles neighborhood will appeal to foreign audiences. We’ll update this post as more information becomes available.

Which bands are featured in Laurel Canyon?

It wouldn’t be much of a music documentary if there weren’t a few guest stars. The following acts have been confirmed to appear, although it’s likely there are some more that won’t be revealed ahead of time: