Can you believe that it’s almost time for The Real Housewives of Potomac to start its sixth season? Below, we’ll let you know how to watch RHOP live online from anywhere in the world.
Ian Garland Streaming, Kodi and VPN Expert 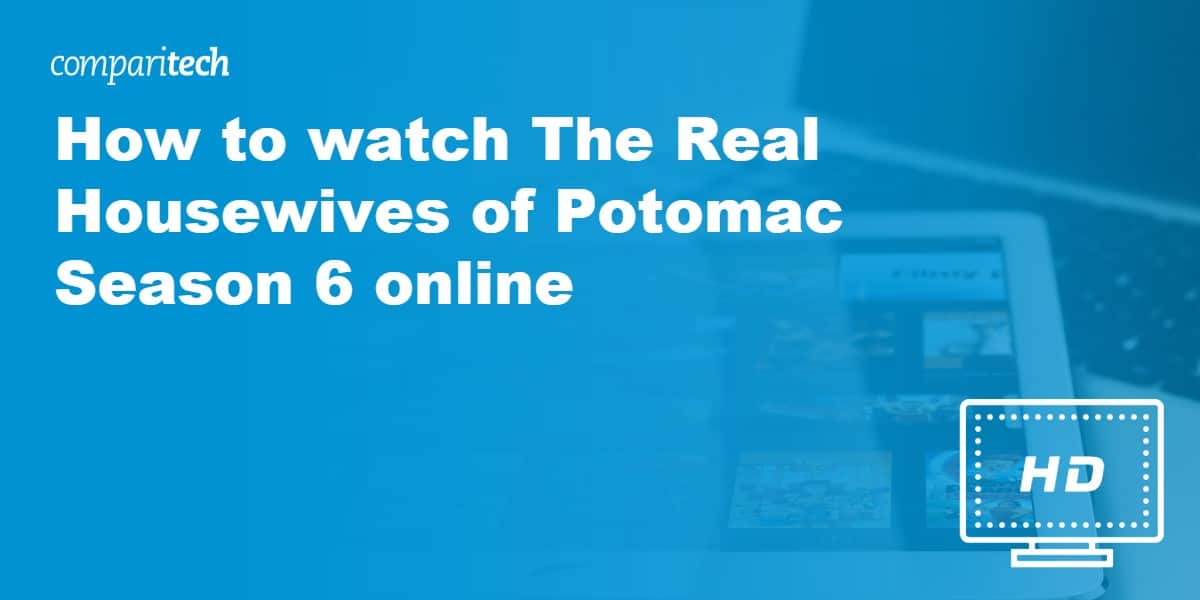 The Real Housewives of Potomac season six will premiere at 8 PM EST (5 PM PST) on July 11. To thank fans for waiting so patiently, it’ll kick off with a special 75-minute long episode; if nothing else, this should hopefully make the wait until next week’s episode seem a little shorter. Let’s get down to business then! Take a look below to find out how to live stream RHOP season 6 online from anywhere in the world.

While you may be able to find websites showing The Real Housewives of Potomac without permission, we strongly advise sticking to official sources. These are not only of a far higher quality, but also fully legal, which means they can’t be taken down halfway through a broadcast. Besides, there are lots of ways to watch RHOP online, and some of them are even free, so there’s really no need to resort to unreliable, unlicensed streams.

This show will only be shown on region-locked streaming platforms. If you’re traveling abroad and looking to watch using your regular services, you’ll need a Virtual Private Network (VPN) to bypass these geographic restrictions.

How to watch Real Housewives of Potomac season 6 from abroad

VPNs help keep you safe online by encrypting your data and hiding your true location. This second action can also help you bypass regional blocking and access your favorite services as you travel. Here, we’ll explain, step-by-step, how to stream RHOP from anywhere with a VPN.

Here’s how to watch RHOP online from anywhere:

The Real Housewives of Potomac will be broadcast live, so to prevent you from missing the start of the premiere, we recommend testing your VPN ahead of time. This only takes a minute and provides you plenty of time to get help if you run into any problems.

NordVPN is offering a fully-featured risk-free 30-day trial if you sign up at this page. You can use the VPN rated #1 for Bravo without any restrictions for a month. This is ideal for anyone looking to stream Real Housewives of Potomac as they travel abroad.

How to stream Real Housewives of Potomac on US TV

Season six of RHOP will be shown exclusively on Bravo. While this service allows you to stream new episodes live, it will also add them to the on-demand catalog shortly after they finish. If you have a cable TV subscription, you may be able to sign into the website and watch online for free.

Those hoping to watch The Real Housewives of Potomac without cable have plenty of ways to do so. Bravo’s website also lets you sign in using a YouTube TV, fuboTV, Hulu with Live TV, or Sling TV account. These services range from $35–$64.99 USD per month, but most include a free trial period (usually a week long) so you can see which is best for you. This also means that you can technically watch RHOP season six for free, provided you’re willing to wait until the series is over and capable of watching all of the new episodes within a week.

Looking to stream older episodes? You’ll find seasons 1–5 on Peacock, but unfortunately, they aren’t included in this platform’s free offering. Instead, you’ll need a premium account, which costs $4.99 per month with no trial.

Each of these services is regionally restricted. However, with a VPN, you can access them from anywhere you like. NordVPN is our top provider and offers a 30-day money-back guarantee. This gives you the option of trying it risk-free and claiming a full refund if unsatisfied.

Where else can I watch Real Housewives of Potomac online?

The new series will actually see a fairly rapid international release, which is great news for RHOP fans outside of the US. Here’s how to watch The Real Housewives of Potomac where you are:

RHOP season 6 will air on Slice. Notably, it’ll be shown at the same time in Canada as it will in the US: 8 PM EST every Sunday from July 11. If you have a cable TV subscription, you’ll more than likely be able to watch online for free via Global TV.

Don’t have cable? In that case, there’s an extra hoop to jump through but you should still be able to stream RHOP online. First, you’ll need an Amazon Prime Video account, which costs $7.99 CAD per month. You can get the StackTV addon for an extra $12.99 monthly — this lets you stream around a dozen channels, one of which is Slice.

Global TV and Amazon Prime Video are both geo-blocked. To watch RHOP on them as you travel, you’ll need a VPN.

Foxtel’s streaming service Binge already has the fifth season of RHOP and will add new episodes from season 6 every week, starting July 12. Prices start at $10 AUD per month following a two-week free trial.

If you’re not quite caught up yet, you can sign up for Hayu and watch every old episode for $6.99 AUD per month (after a seven-day trial).

Remember: these platforms are geo-restricted, so you’ll have to be in Australia or have an Australian IP address to use them.

Unfortunately, we don’t know when season six will arrive just yet. However, British fans can stream all five older seasons of The Real Housewives of Potomac on Hayu. A one-month subscription costs £4.99, but your first month is free. If it’s easier for you, you could add this channel to your existing Amazon Prime Video or NowTV plan, though NowTV reduces the trial length to just seven days.

If you’re outside of the UK, you’ll have to connect to a British VPN server to use these services.

What can fans expect from the sixth season of RHOP?

We actually know a pretty good amount about the upcoming series. Firstly, all of the cast will be returning (something that can’t always be counted on with these shows), so fans should be able to follow their favorite housewives for another dozen episodes at least. That said, there’s a new cast member too, Mia Thornton, who’s a successful entrepreneur and mother of three. Of course, as the RHOP season six trailer shows, it’s not all sunshine and rainbows; in just three minutes, we see arguments, relationship drama, and a salad fight (yes, really). In short, season six should be nothing if not eventful, and you can stream all of it online.