How to watch The Righteous Gemstones season 2 online 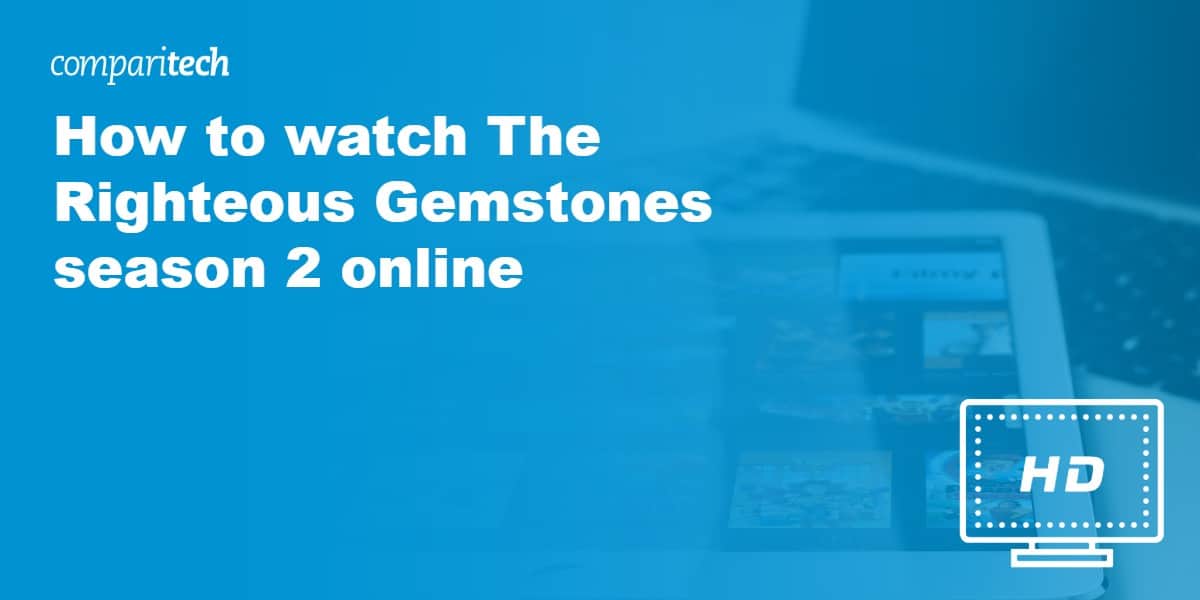 Fans can stream The Righteous Gemstones season 2 at 22:00 ET/PT every Sunday night from January 9 onward. There’ll be nine episodes in total, with two airing on the night of the premiere. These new episodes will see the Gemstones family fight threats from all angles as they struggle to keep their evangelical empire afloat. Interested? Keep reading to find out how to watch The Righteous Gemstones online in your country.

Before we begin, it’s important to talk about sources. We recommend sticking to official streams for several reasons. Namely, they offer the best-quality video, are fully legal, and can’t be taken down for copyright violation. With official broadcasters in several countries (some of which include a free trial), there’s no reason to put your faith in unreliable, unlicensed streams.

The Righteous Gemstones will only be shown on geo-blocked streaming services. In other words, anyone traveling abroad will need a Virtual Private Network (VPN) to watch on the same channels they’d use back home.

How to stream The Righteous Gemstones online from abroad

VPNs protect your privacy by encrypting your traffic and making it appear to come from somewhere else in the world. This obscures your true location and helps you regain access to geo-restricted services.

Here’s how to watch The Righteous Gemstones from anywhere:

NordVPN offers a fully-featured risk-free 30-day trial if you sign up at this page. You can use the VPN rated #1 for streaming HBO with no restrictions for a full month. This is great for anyone who wants to stay caught up on The Righteous Gemstones on a trip abroad.

How to watch The Righteous Gemstones online on US TV

It’s nice and easy to watch The Righteous Gemstones in the US. That’s because the new episodes will be available on HBO Max, and the whole first season is already included. HBO Max costs $9.99 (GBP £7.38) per month with ads, but you can pay $14.99 (GBP £11.08) per month for ad-free viewing if you’d prefer. Unfortunately, no free trial is available.

Alternatively, if you’d like to live stream The Righteous Gemstones, you can watch HBO online via Hulu with Live TV ($69.99/GBP £51.76 monthly, bundled with Disney+ and ESPN+) or YouTube TV ($64.99/GBP £48.07 monthly). YouTube TV has a two-week free trial, so if you’re willing to wait until the season is almost over, it’s technically possible to watch the whole thing for free. Just remember to cancel in time so your payment method isn’t charged.

Hulu and YouTube TV are US-only services. HBO Max is slowly becoming available in countries other than the US, but its library is different in each region. As such, you’ll likely need a VPN to stream The Righteous Gemstones abroad. NordVPN offers a 30-day money-back guarantee that allows you to try the service risk free. If you’re not impressed, simply cancel for a full refund.

Where else can I watch The Righteous Gemstones online?

In Canada, The Righteous Gemstones will be exclusive to Crave. It’ll premiere on January 9, the same day that the show starts in the US. As an added bonus, Crave also carries the entire first season.

This service offers two plans: a mobile-only subscription for CAD$9.99 monthly and a regular one for CAD$19.99 monthly. Both of these include a seven-day free trial, so there’s no real risk if you choose the mobile plan and later want to watch on other devices. You may also be able to sign up at a discounted rate if you’re with a supported cable TV provider.

Crave is usually only accessible from within Canada. However, if you have a suitable VPN, you’ll be able to stream this service as normal from anywhere.

The Righteous Gemstones season 2 is coming to Australia on January 10. It won’t be broadcast live but you can stream it on-demand with a couple of different services. Existing Foxtel TV customers can log into Foxtel Go, where new episodes will be available from 14:00 AEDT every week.

Want to watch The Righteous Gemstones without cable? In that case, you’ll need a Binge or Foxtel Now account. We’d recommend Binge since at AUD$10 per month, it’s less than half the price of Foxtel Now. Regardless, whichever service you choose, you’ll have access to the first season as well.

Remember: you’ll have to connect to an Australian VPN server to access these services while traveling outside of Australia.

At the time of writing, we don’t have a confirmed release date for season two in the UK. However, if you’re a Sky TV customer, you can stream the first season on Sky Go. Don’t have cable? In that case, you’ll need a Now TV Entertainment Pass, which costs GBP£9.99 per month.

Sky Go and Now TV are both geo-blocked. If you’re outside of the UK, you’ll have to use one of your VPN’s British servers to watch.

What do we know about the new season of The Righteous Gemstones?

HBO has released a trailer for The Righteous Gemstones season 2 that tells us quite a bit about what to expect. It shows the family trying to juggle new business ventures, finding a replacement for when Eli passes away, and fending off a reporter who’s digging up a story on one of the family. Other highlights include an assassination attempt, a pro-wrestling show, and a bodybuilding expedition. Needless to say, this will be an action packed nine episodes.

Who stars in The Righteous Gemstones?

This show already had a fairly star-studded cast but we have a few more additions for the second season. Below is a quick rundown of the show’s biggest and most recognizable faces: