How to watch Robot Chicken Season 11 online from anywhere

Robot Chicken is back! If you’re interested in watching new episodes live online, below we explain how you can stream Robot Chicken season 11 (plus older episodes) while traveling abroad.
Ian Garland Streaming, Kodi and VPN Expert 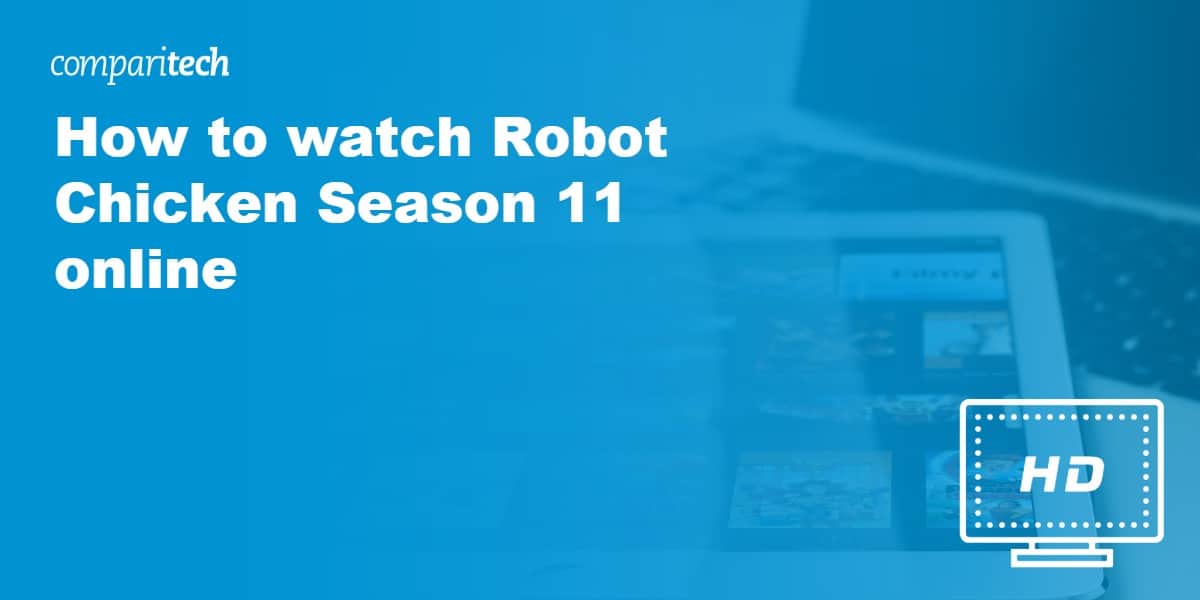 The eleventh season of Robot Chicken will premiere at 12 AM ET/PT on September 6. There’ll be 20 episodes in total, with one airing every Tuesday, Wednesday, Thursday, and Friday night. Below, we’ll let you know how to stream new episodes of Robot Chicken live online. Don’t feel like staying up late to watch? Not a problem: we’ll also be covering all of the ways you can watch this show (including its ten prior seasons) on-demand.

Robot Chicken is a pretty popular show, which means that unauthorized streams are fairly common, but we don’t recommend using these. For starters, they can’t be relied upon since they’re frequently taken offline for copyright violation. Additionally, there are no guarantees as far as video quality (or even broadcast language) are concerned. On the plus side, we’re about to list multiple legitimate ways to watch, and some of these are even free.

It’s worth noting that this show will only air on geo-blocked streaming services. If you’re traveling outside of your home country and looking to use the same services you always do, you’ll need a Virtual Private Network (VPN).

How to live stream Robot Chicken online from abroad

So what is a VPN and how can it help you? Essentially, these services route your internet traffic through a server elsewhere in the world. This tricks region-locked services (like Adult Swim) into letting you use them, regardless of where you actually are.

Here’s how to watch Robot Chicken (season 11) online from anywhere:

NordVPN offers a fully-featured risk-free 30-day trial if you sign up at this page. You can use the VPN rated #1 for Adult Swim with no restrictions for a full month. This is perfect for travelers looking to stream new episodes of Robot Chicken during a trip abroad.

How to watch Robot Chicken season 11 on US TV

Robot Chicken season 11 will air on Adult Swim, just like every season before it. If you’re with a supported cable TV provider, or if you have a Hulu account ($5.99 USD per month after a one-month free trial), you can enter your provider details into the Adult Swim website and live stream this channel for free.

There is a small selection of older episodes to choose from, but if you’re looking to stream the series from start to finish, you’ll need an HBO Max subscription. These cost $14.99 per month, but grant you access to all ten seasons, with the eleventh likely to arrive at a later date. Alternatively, if you’re not bothered about which episodes you watch, you could always check out Adult Swim’s 24/7 Robot Chicken marathon. This is completely free-to-watch, with no login required.

All of the services mentioned above are geo-restricted. In other words, you’ll need a VPN to use them from outside of the US. NordVPN comes with a 30-day money-back guarantee, meaning you can try it out completely risk-free and claim a refund if it fails to meet your expectations.

Where else can I stream Robot Chicken online?

Robot Chicken is a long-running show with fans all over the world. As such, there’s a decent chance you’ll be able to watch, even if you’re currently traveling away from home.

New episodes will air on Adult Swim at midnight from September 6, just like in the US. However, unlike American viewers, Canadians can’t watch live via the website. Instead, you’ll need to add the StackTV service ($12.99 CAD per month) to an Amazon Prime Video subscription, which itself costs $7.99 per month.

Both of these services are region-locked. However, you should be able to use them abroad by connecting to a Canadian VPN server.

There isn’t a confirmed release date for the eleventh season just yet. However, in the meantime, you can stream seasons 3–10 for free on All 4. All you’ll have to do is create an account, which involves entering your email address, password, and a valid UK postcode. Note that legally, you’re required to have a TV license to watch live broadcasts, although this service doesn’t actually verify if you do or not.

Unfortunately, the only way to watch the first two seasons is to purchase them on Amazon Prime Video or similar platforms. You can expect to pay around £1.89 per episode or £9.99 per season.

All 4 and Amazon Prime are both geo-blocked, so if you’re outside of the UK, Robot Chicken won’t be available. Simply connect to one of your VPN’s British servers to watch from anywhere.

What can we expect from the eleventh season of Robot Chicken?

Although brief, the season 11 teaser trailer gives us a pretty good idea of what we have to look forward to. In short, Robot Chicken continues to skewer pop culture in its own unique way, with jokes covering everything from Hellraiser to Tiger King. Long-time fans will appreciate that the show’s fascination with Star Wars has remained intact too, with clips of both Ben Kenobi and Kylo Ren squeezed in.